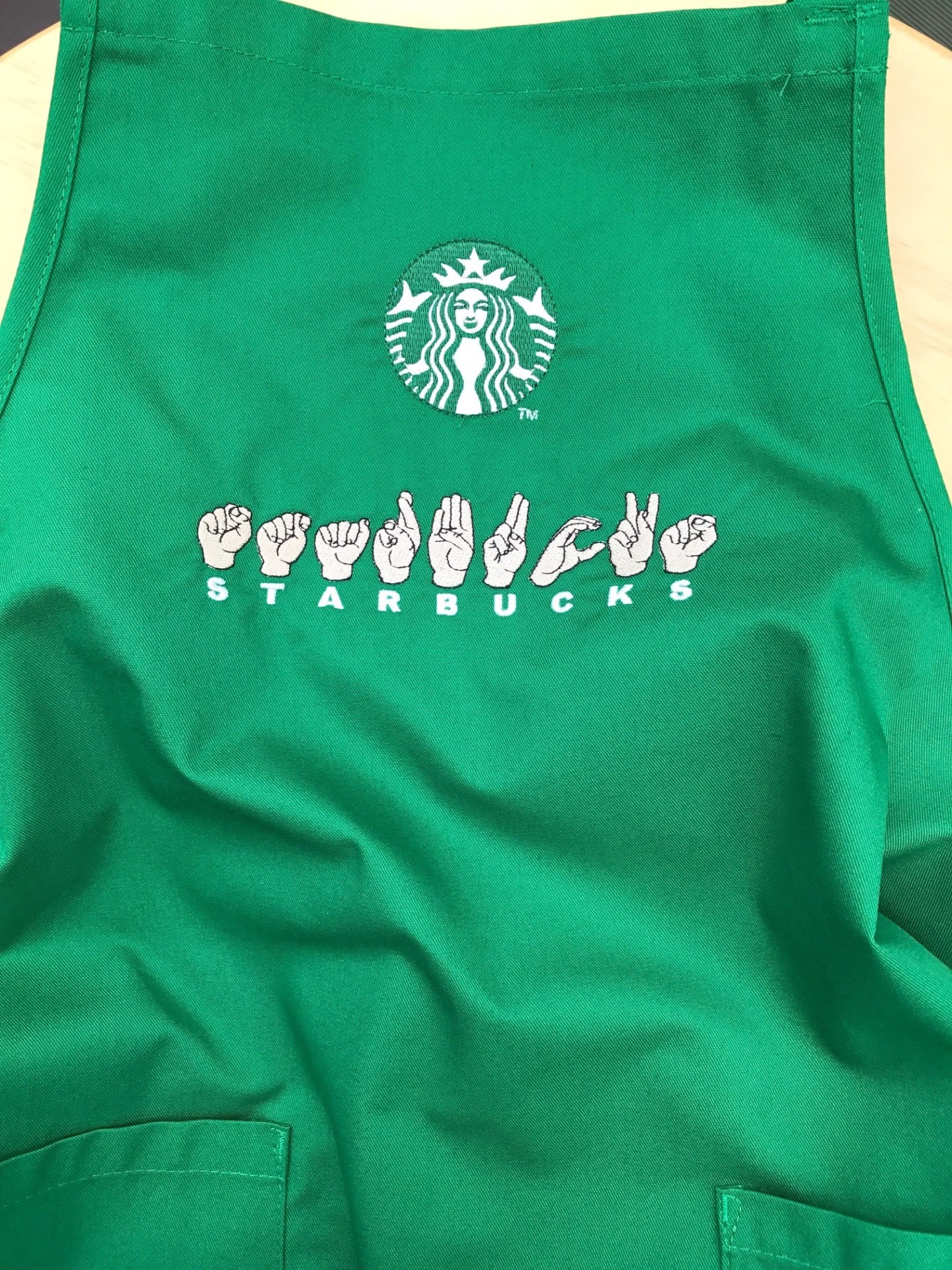 All the employees will wear aprons with "Starbucks" embroidered in sign language above the letters.
Starbucks

Starbucks is planning to open its first U.S. store entirely dedicated to serving the deaf and hard-of-hearing community.

The “Signing Store” — set to open in Washington, D.C., in October — will employee 20-25 deaf, hard-of-hearing, or hearing individuals with the requirement they all be proficient in American Sign Language (ASL), Starbucks said.

The new Starbucks will be located near Gallaudet University, the world’s only university specifically designed for the education and advancement of deaf and hard-of-hearing students. The 150-year-old campus, with 1,900 students, is in northwest Washington, D.C.

The D.C. location is being modeled after Starbucks’ first Signing Store, which opened in Kuala Lumpur, Malaysia, in 2016. U.S. Starbucks employees traveled to Malaysia last July to learn about the store and brainstorm design modifications.

The U.S. Starbucks will have visual displays to announce when orders are ready (instead of baristas calling out names). All the employees will wear aprons with “Starbucks” embroidered in sign language above the letters, provided by a deaf supplier, and the store will have artwork and a mug designed by a deaf artist. Hearing employees proficient in ASL will wear pins saying, “I Sign.”

All of these elements are steps toward Starbucks’ broader goal of connecting with diverse communities, providing accessibility and employment opportunities for all. The move comes just a couple months after the company came under fire for an incident at a Philadelphia Starbucks, where an employee called the cops on two black men for apparently attempting to use the restroom without having ordered anything. The ordeal led Starbucks to close its 8,000 U.S. stores for an afternoon in late May for racial-bias training.

“Starbucks’s first signing store can show other corporations that including deaf people is good for business and can increase its market share,” Howard Rosenblum, chief executive of the National Association of the Deaf, told The Washington Post. “Hiring deaf people or people with disability should not be viewed as a charity but as a way to improve a corporation’s reach across different segments of the market.”