Donald Trump Calls the European Union a ‘Foe’ of the U.S. 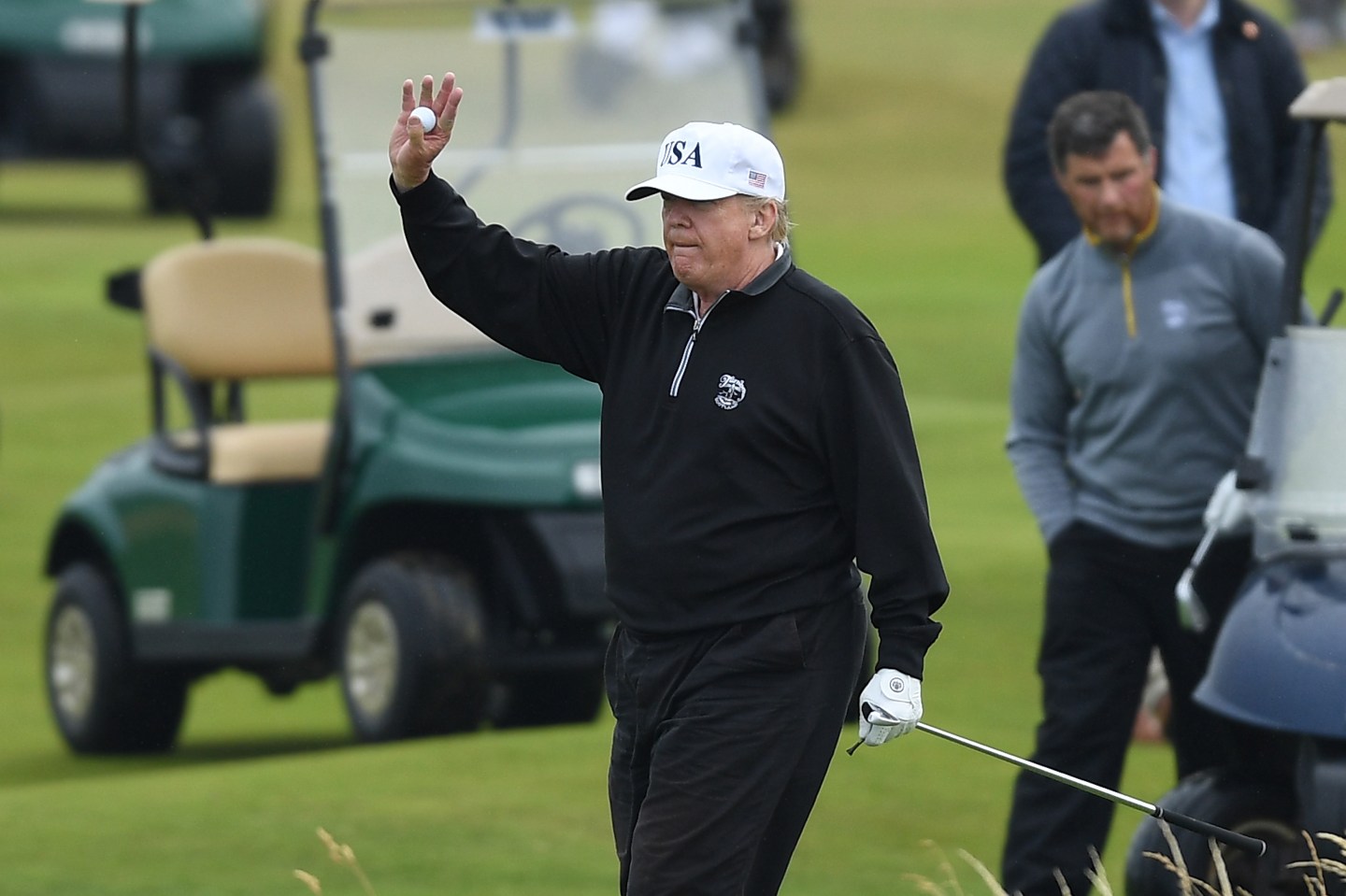 Donald Trump named the European Union a “foe” of the United States during an interview at his golf club in Scotland that aired on Sunday.

In a segment for CBS News’s Face the Nation, host Jeff Glor asked the president to name his “biggest foe globally right now.” Trump replied, “I think we have a lot of foes. I think the European Union is a foe, what they do to us in trade. Now, you wouldn’t think of the European Union, but they’re a foe.”

Members of the European Union have historically been some of the United States’s oldest allies.

Trump’s statement follows a combative NATO summit and ongoing tensions with foreign nations over trade. On Sunday, British Prime Minister Theresa May told the BBC that Trump told her to sue the European Union. “Sue the EU, not go into negotiations, sue them,” she said.

In a meeting last week with other NATO leaders, the president also took aim at Germany for supporting a pipeline deal with Russia. “Germany is totally controlled by Russia,” Trump said, adding that it’s “very inappropriate” that the U.S. is allegedly also “protecting” Germany from Russia. “You’re supposed to be fighting for someone and then that someone gives billions of dollars to the one you’re, you know, guarding against. I think it’s ridiculous,” he told CBS.

Trump also named Russia and China as foes of the U.S. “China is a foe economically, certainly they are a foe,” he said. “But that doesn’t mean they are bad. It doesn’t mean anything. It means that they are competitive. They want to do well and we want to do well.” As for Russia, it’s a “foe in certain respects.”

“I respect the leaders of those countries,” Trump said of the European Union. “But, in a trade sense, they’ve really taken advantage of us.”