U.K. PM Theresa May Says Trump Advised Her to Sue the EU 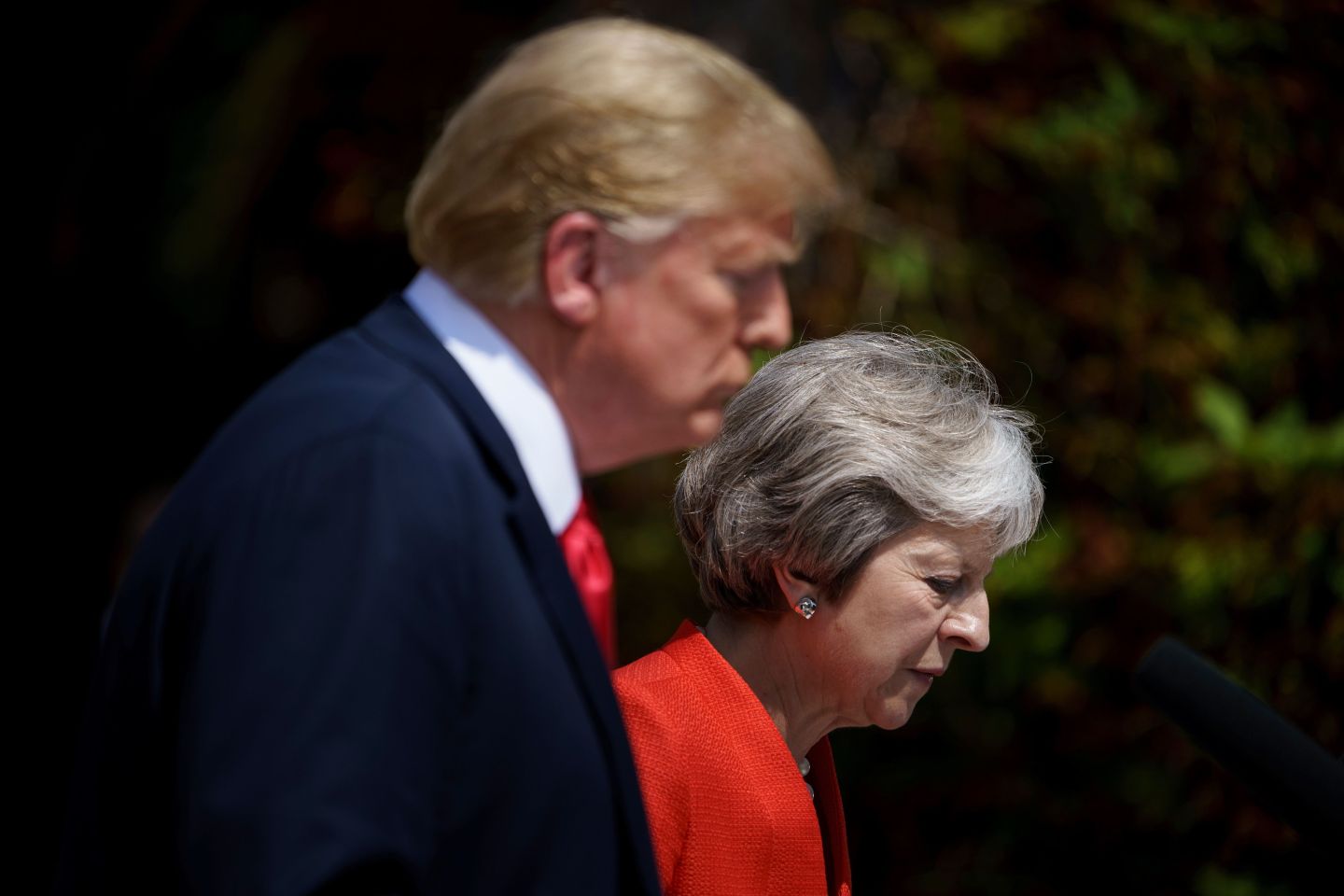 U.K. Prime Minister Theresa May said U.S. President Donald Trump advised her to be litigious in dealing with the European Union on Brexit.

“He told me I should sue the EU,” May told BBC interviewer Andrew Marr on Sunday. “Sue the EU, not go into negotiations, sue them.”

In an interview given before arriving in the U.K. on Thursday, Trump criticized May for the way she handled negotiations with the EU, saying “she didn’t listen to me.” The deal she is pursuing “is not what the people voted on” and will affect trade with the U.S. “in a negative way,” he said.

At a news conference with May on Friday, Trump declined to specify what he told her. “I did give her a suggestion. I wouldn’t say advice. And I think she found it maybe too brutal.” He added: “If they don’t make the right deal, she might very well do what I suggested.”

Marr, in questioning May, said “the whole country” wanted to know what “brutal, tough suggestion” was made by Trump.