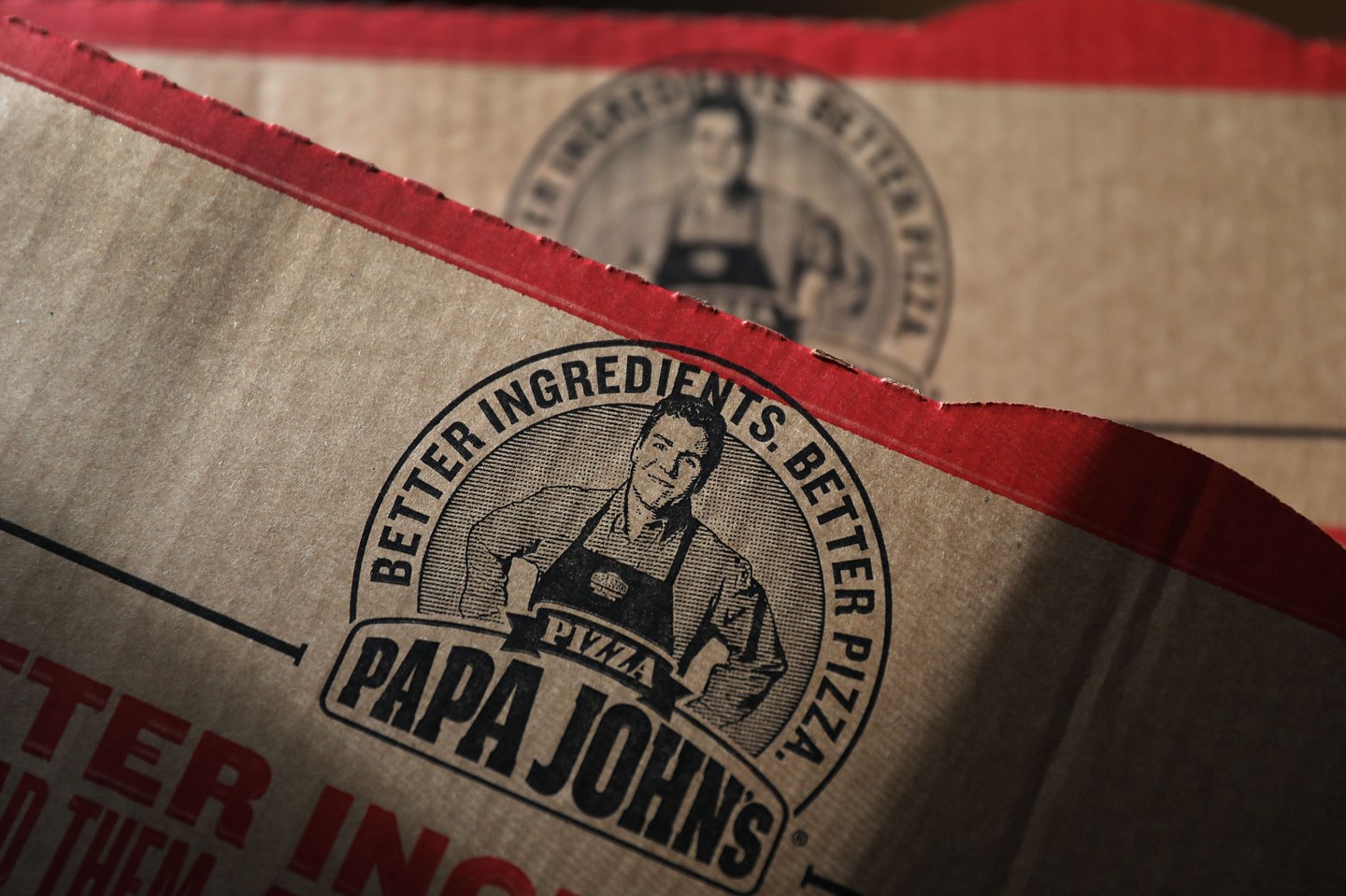 The fallout over the use of a racist slur by Papa John’s founder continued Friday as professional sports teams and other organizations suspended their ties to the pizza company.

John Schnatter stepped down as chairman of Papa John’s Thursday after reports emerged that he used the n-word in a conference-call training session in May. Schnatter also spoke in graphic terms about the lynching of African Americans in Indiana, where he grew up.

Papa John’s also pulled Schnatter’s image from its logo, TV ads and other marketing to distance itself from its founder.

The controversy is not the first for Schnatter, who stepped down as CEO of the company last year over controversial remarks he made about NFL owners. The incident also led to the end of Papa John’s official NFL sponsorship in February.

A number of sports teams and other organizations have also moved to suspend marketing campaigns they had with the company.

Major League Baseball indefinitely suspended the Papa Slam promotion it began in 2016, according to Yahoo Sports. The promotion offered baseball fans 40% off a pizza order a day after a batter hit a grand slam. MLB’s move came after a number of teams suspended their own relationships with Papa John’s.

The New York Yankees tweeted out their displeasure with Schnatter’s comments, calling them “reprehensible” and cutting ties with the company.

Statement from the New York Yankees regarding Papa John's:

“In response to the reprehensible remarks made by Papa John’s founder and owner, the New York Yankees are suspending their relationship with the company.”

Miami’s baseball team issued a statement announcing their own suspension of marketing with Papa John’s. “The Marlins are committed to an inclusive environment for all of our fans,” the statement said. “Mr. Schnatter’s derogatory and insensitive comments are not at all reflective of the values of our organization.”

The Miami Marlins have issued the following statement regarding Papa John's: pic.twitter.com/hNVBvAz3Eo

The Nationals also released a statement that members of the organization “do not condone discrimination of any kind. Therefore, we have suspended our partnership with Papa John’s… However, we remain supportive of our local operators who have been fantastic partners for more than eleven years.”

The Twins have “indefinitely suspended” its own dealings with Papa John’s, the Minneapolis Star-Tribune said.

The Royals also suspended its promotions with the pizza company. “We are taking a pause on the Papa John’s 5 run offer,” the team said in a statement. “We’re working with MLB and Papa John’s and will reassess during the All-Star break and decide how to proceed from there.”

We have suspended our relationship with Papa John’s.

According to the Baltimore Sun, the Orioles are suspending Papa John’s grand slam promotion, as well as another promotion offering discounts when the team scored five runs or more.

The Tampa Bay Rays also ended a promotion for discounted Papa John’s pizzas, according to the Tampa Bay Times.

The Texas Rangers canceled a promotion that offered a half-price Papa John’s pizza the day after the team scored seven runs or more, the Forth Worth Star-Telegram reported.

The University of Louisville stripped the Papa John’s name from its football stadium, renaming it Cardinal Stadium. The University also removed Schnatter’s name off the Center for Free Enterprise in its business school, ESPN reported.

Atlanta’s football and soccer teams also suspended their relationships with Papa John’s. AMB Sports and Entertainment, an entity controlling the two teams, issued a statement confirming the suspension of its ties with the pizza chain, saying it would evaluate the overall relationship. The Atlanta Braves have also put their partnership with Papa John’s on hold.