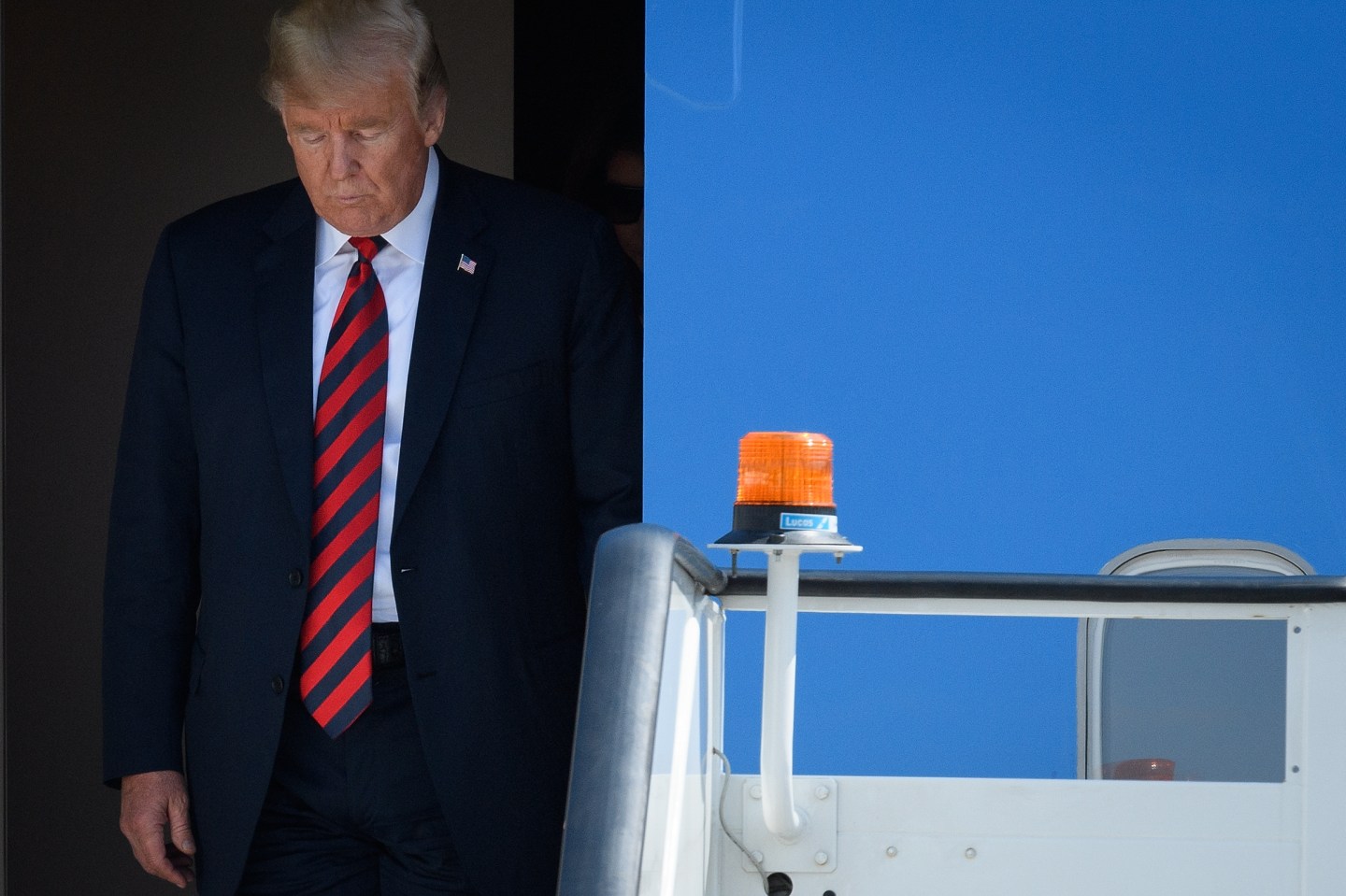 STANSTED, ESSEX - JULY 12: U.S. President Donald Trump arrives at Stansted Airport on July 12, 2018 in Essex, England. The President of the United States and First Lady, Melania Trump, touched down in the UK on Air Force One for their first official visit. Whilst they are here they will have dinner at Blenheim Palace, visit Prime Minister Theresa May at Chequers and take tea with the Queen at Windsor Castle. (Photo by Leon Neal/Getty Images)
Leon Neal—Getty Images

President Donald Trump chose economic aide Shahira Knight to be his next legislative director, the White House announced in a statement on Thursday.

Knight played a key role in developing Trump’s tax plan and shepherding it through Congress last year. She will replace Marc Short, who plans to step down from the role as the White House’s top liaison with Congress. He’ll join the Miller Center for Public Affairs at the University of Virginia effective Aug. 1, according to a statement from the university.

Knight, a deputy director of the National Economic Council, had announced in June that she would leave the White House later this month for a position at the Clearing House, a financial-services industry advocacy group.

Knight spent time early in her career on the staff of the House Ways and Means Committee, where she worked on the Republican tax cuts of 2001 and 2003. After her time working at the Capitol, she was a lobbyist for the Securities Industry and Financial Markets Association, then for Fidelity Investments.

Knight didn’t immediately respond to a request for comment.