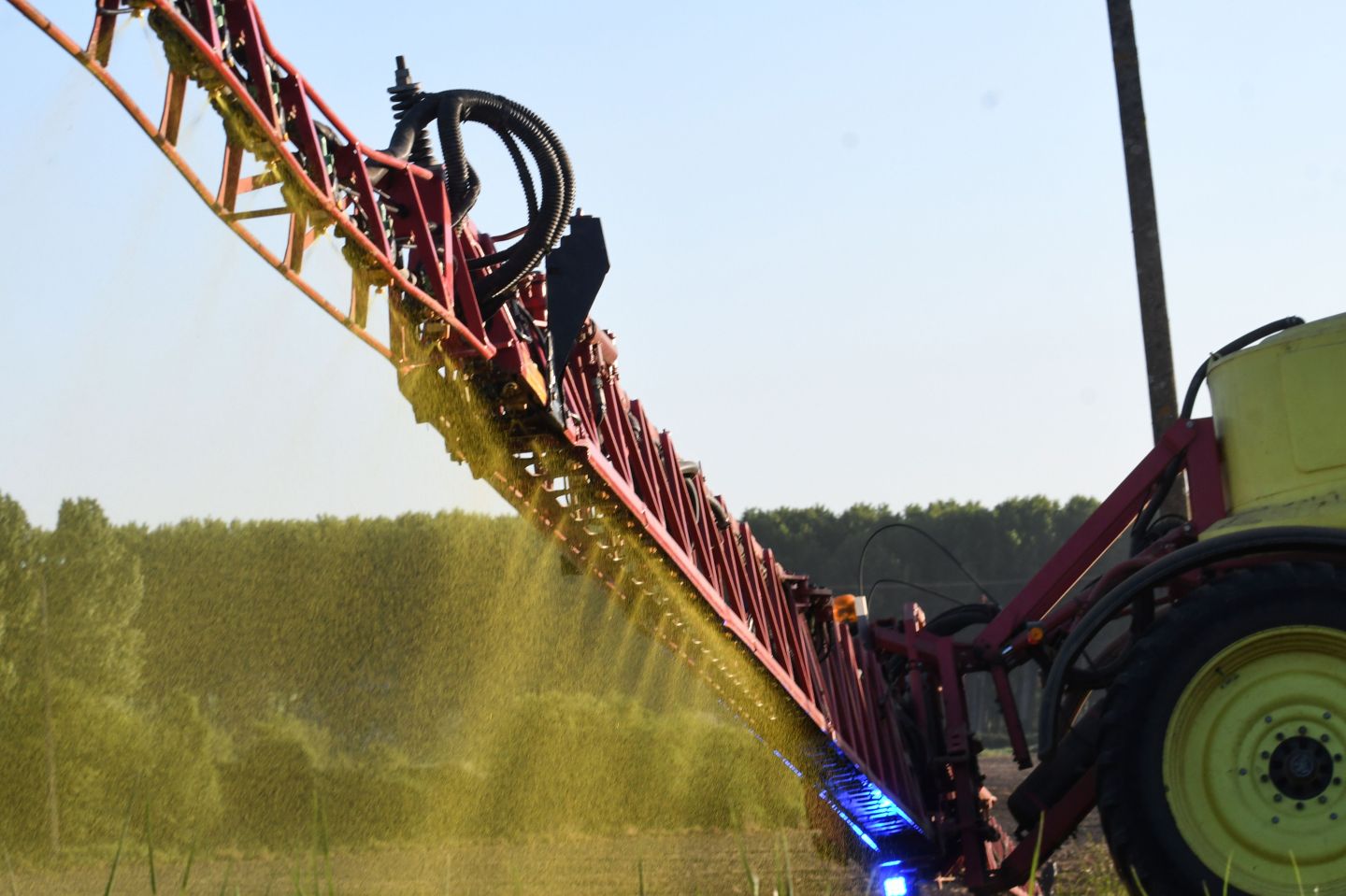 French farmer Nicolas Denieul sprays glyphosate herbicide produced by US agrochemical giant Monsanto on May 11, 2018, on a field of no-till corn in Piace, northwestern France. - Using a 10-year old conservation farming practice, French farmer Nicolas Denieul has reduced the use of glyphosate to half a litre instead of one litre per hectare and per year. (Photo by Jean-Francois MONIER / AFP) (Photo credit should read JEAN-FRANCOIS MONIER/AFP/Getty Images)
Jean-Francois Monier—AFP/Getty Images

The piling chaos of the news cycle is a source of fear, anger, and paralyzing despair for many who read, if not directly experience it. There is a small group of people, however, who were put at ease by the constant swirl of entropy and tumult for a simple reason: it kept them out of public eye.

Executives from Monsanto were feeling pretty good about the news cycle, as it provided welcome break from constant hounding from activists, media coverage, and other health and environmentally-minded organizations. However, after Tuesday’s ruling that witnesses can claim Monsanto’s Roundup weed killer causes cancer, the tide may turn, as many lawsuits may follow.

“There were some people who don’t even remember our company produced Agent Orange,” said one cheerful executive. “Our ‘rebrand’ to remove the Monsanto name when we were acquired by Bayer, plus the news cycle? Everyone thought we’re an aspirin company now.”

Historically, Monsanto endured more scrutiny, after the company’s products like RoundUp and DDT were either rumored or found to be harmful to the environment and human body. But between Thai cave rescues, a changing Supreme Court, and IHOP performing elaborate advertising trickery, Monsanto executives thought their reputation would silently evaporate into the atmosphere.

“We hoped to just lay low, do our thing, and pray that people forget us. But to our shareholders, we would like to remind you we are no longer Monsanto employees, in case that has bearing on your trading sentiment,” said another executive. “If you would like to get mad at corporation, please think of Purdue Pharma instead.”