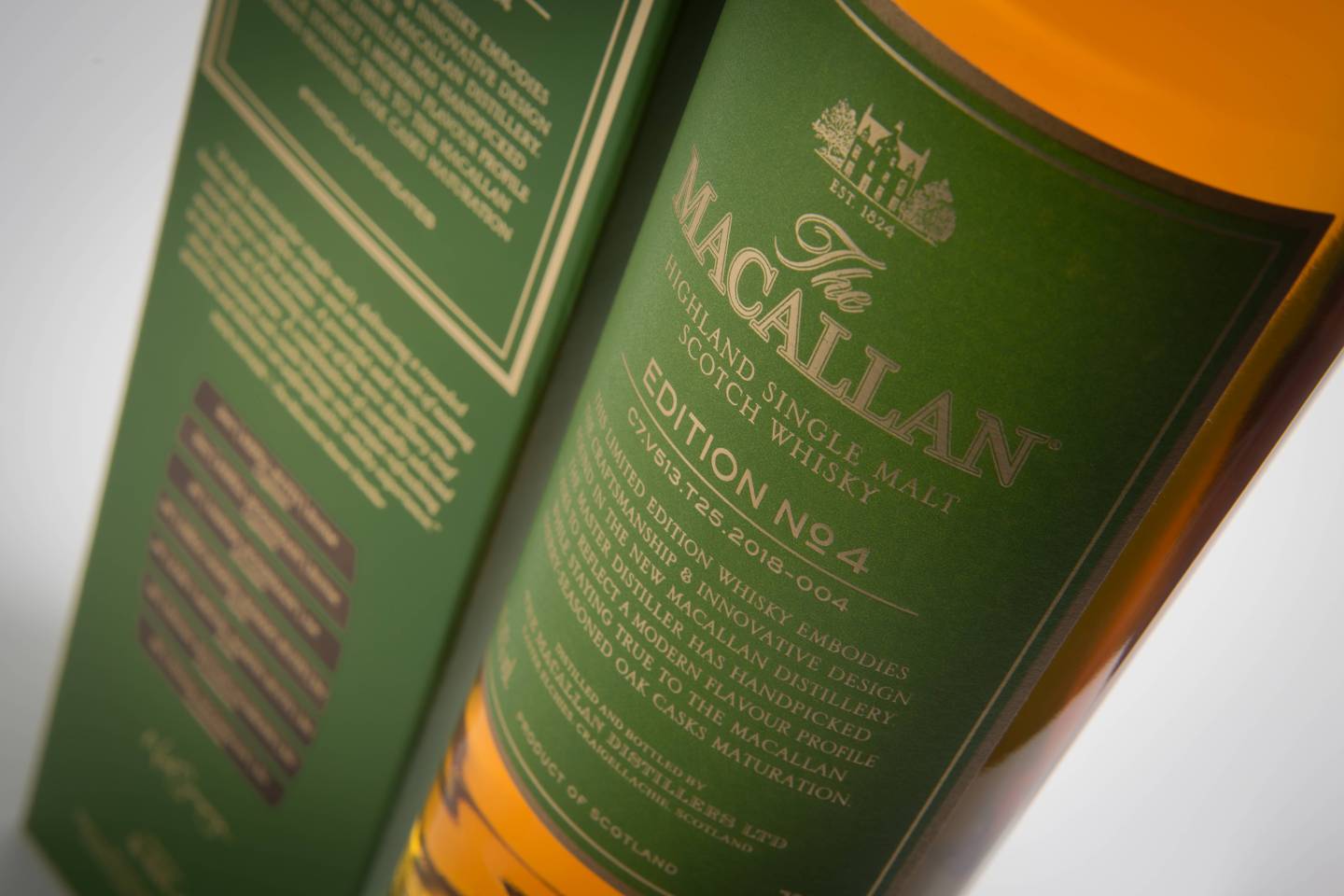 Macallan unveiled its latest limited-edition whiskey Wednesday. The fourth release in Macallan’s Edition Series, Edition No. 4 was carefully selected by Macallan’s Master Distiller Nick Savage to highlight the oak casks used to mature the whisky. But its taste may be its second best part. Unlike Macallan’s previous release limited release that cost $65,000, this new bottle won’t break the bank. Macallan Edition No. 4 costs just $100.

Coming in a special bottle that the company says “embodies the craftsmanship and pioneering design of the new Macallan Distillery in Speyside, Scotland,” Macallan Edition No. 4 has a bold nose of rounded honey with a sweet toffee apple note., orange zest, and nutmeg, according to its tasting notes. Oak comes in at the end of the nose, contrasting the wood and floral undertones. On the palate, you’ll also get nutmeg as well as some wood spices and green cloves at the start, with a sweet vanilla finish.

“While previous releases, Edition No. 1 and Edition No. 2, highlighted the influence each cask has on the taste and flavor of the whisky, Edition No. 3 provided an insight into the aromas. Edition No. 4 stands out by revealing the structure of the whisky, drawing parallels on how the new Macallan Distillery is constructed and showcases the lengths The Macallan goes to when creating single malts,” the brand said in a release announcing the bottle.

The Edition No. 4 will be sold across the U.S starting this month for $100 and will include a hand signed print of The Macallan Distillery by Magnum photographer Paolo Pellegrin.

Macallan opened its new distillery in July. The brand spent $186 million of the distinctive space-age structure.