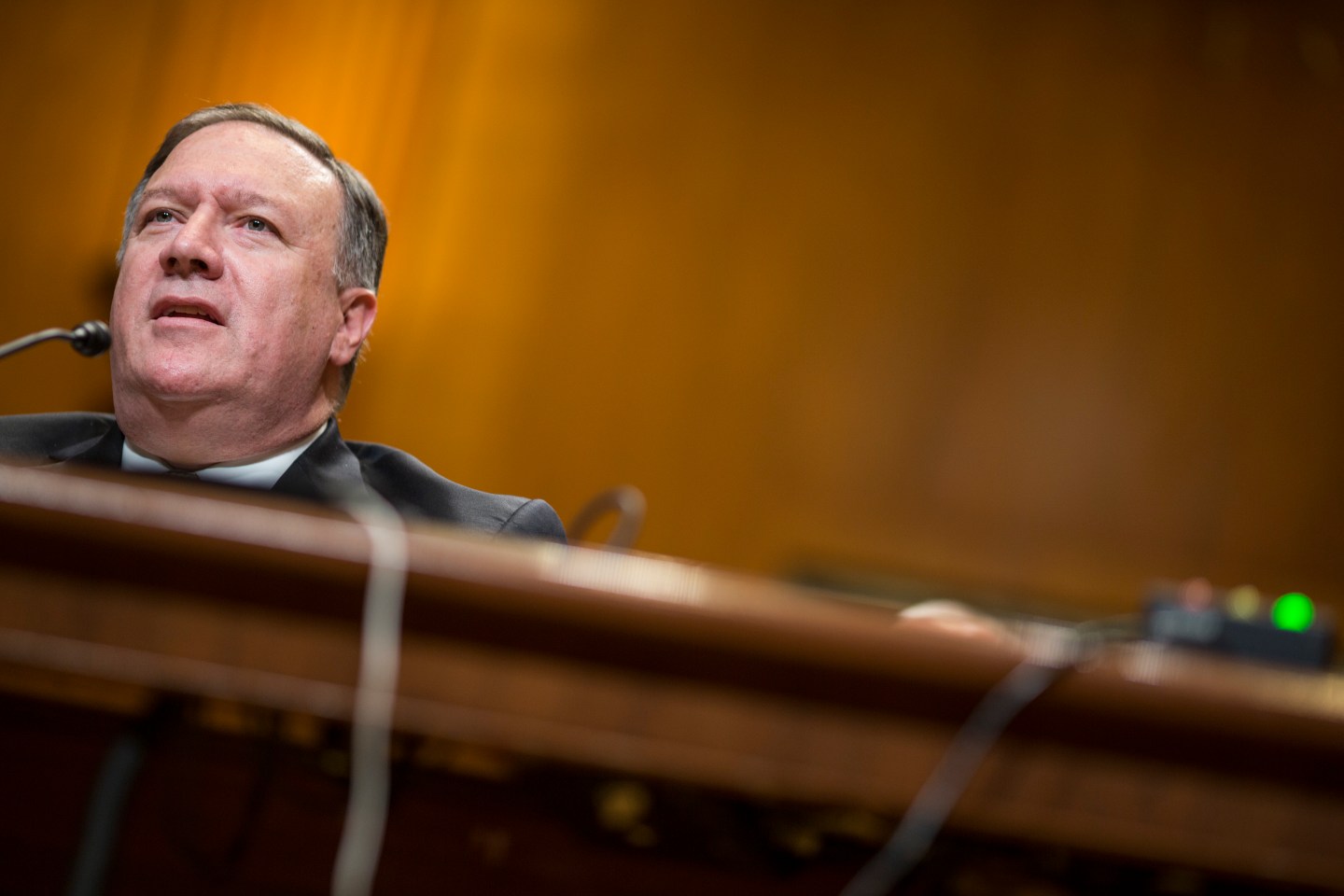 U.S. Secretary of State Michael Pompeo brushed off a harshly worded North Korean statement that cast doubt on the outlook for denuclearization talks between the two countries, insisting that Kim Jong Un hasn’t backed off a commitment to give up his nuclear weapons.

“I was there for the event, I know actually what precisely took place,” Pompeo told reporters in Tokyo Sunday, where he was meeting with Japanese Foreign Minister Taro Kono and South Korean Foreign Minister Kang Kyung-wha after two days of negotiations with a top aide to Kim in Pyongyang. “When we spoke to them about the scope of denuclearization, they did not push back.”

New doubts were raised about the fate of the negotiations between the U.S. and North Korea late Saturday when North Korea issued a statement via state media describing the U.S. demands as “gangster-like” and “cancerous.” The statement again underscored that North Korea would not accept the U.S. strategy of demanding complete denuclearization before the isolated regime gets sanctions relief.

A U.S. official who asked not to be identified speaking about internal negotiations said the U.S. believed the North Korean statement was a negotiating tactic, and that Pompeo wasn’t discouraged. In his remarks in Tokyo, Pompeo was careful to frame the U.S. demands as a set of requirements spelled out in numerous United Nations Security Council resolutions.

“If those requests were gangster-like, the world is a gangster because there was a unanimous decision at the UN Security Council about what needs to be achieved,” Pompeo said. “The enforcement of those sanctions will continue until denuclearization is complete.”

With the foreign ministers of Japan and South Korea offering solid support for his approach, Pompeo said the discussions with North Korea were only reaffirming what Kim had promised directly to President Donald Trump during their summit in Singapore last month.

He cautioned the room of reporters not to believe everything they read, saying, “if I paid attention to what the press said, I’d go nuts — and I refuse to do that.”

The U.S. will continue to enforce sanctions on North Korea even though the talks were “productive and encouraging,” he said, adding there would be no relaxing the sanctions regime for now.

In a later speech delivered during a stop in Hanoi, Pompeo took a different approach toward North Korea, saying that Kim faced a choice similar to Vietnam, which overcame years of war and animosity with the U.S. to attain what he called “once-unimaginable prosperity” and a strong partnership with Washington.

“This miracle can be yours,” Pompeo said. “The choice now lies with North Korea and its people.”