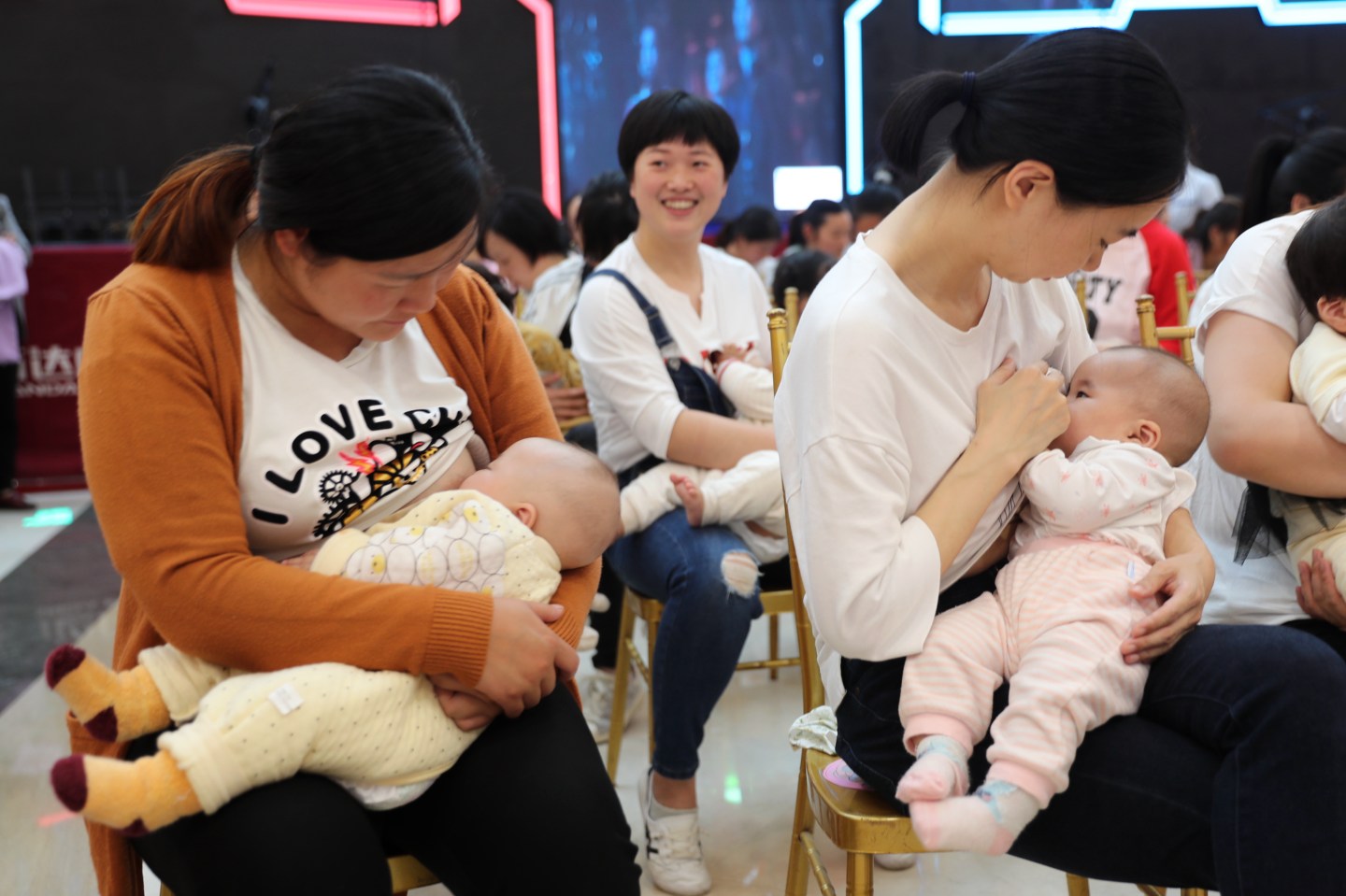 XIANGYANG, CHINA - MAY 20: Nearly a hundred young mothers attend a breastfeeding public welfare activity on National breastfeeding promotion day on May 20, 2018 in Xiangyang, China. This public welfare activity urges people to raise attention about breastfeeding, advocate the establishment of maternal and infant rooms in public places, and create a loving social atmosphere for both babies and mothers. (Photo by VCG/VCG via Getty Images)
VCG via Getty Images

The United Nations-affiliated World Health Assembly in Geneva this spring became the scene of a surprising showdown, as the U.S. battled with other nations over a resolution supporting the use of breast milk, the New York Times reported Sunday.

The resolution said countries should limit the misleading marketing of breast milk substitutes, as a mother’s breast milk has been shown to be the healthiest for children in decades of research. The resolution was expected to pass easily, but U.S. delegates aimed to remove language that encouraged countries to “protect, promote and support breast-feeding” in an alleged alignment with baby formula manufacturers.

When this failed, the Times reported that U.S. delegates turned to threats. They reportedly told Ecuador, who planned to introduce the resolution, that if it didn’t drop the proposal, the U.S. would punish the nation with trade measures. The Ecuadorian delegates acquiesced, and health advocates struggled to find another sponsor for the resolution.

The Times says this scenario was verified by several other delegates present, many of whom requested anonymity for fear of retaliation from the U.S.

“What happened was tantamount to blackmail, with the U.S. holding the world hostage and trying to overturn nearly 40 years of consensus on best way to protect infant and young child health,” Patti Rundall, the policy director of the British advocacy group Baby Milk Action, told the Times.

In addition to the trade threats, an Ecuadorean government official told the Times the U.S. threatened to withdrawal military support from northern Ecuador, where violence from boarding Colombia causes ongoing issues.

“We were shocked because we didn’t understand how such a small matter like breast-feeding could provoke such a dramatic response,” said the Ecuadorean official, speaking with a requirement of anonymity.

The Russian delegation eventually stepped in to introduce the measure, with no push-back from the U.S.

“We’re not trying to be a hero here, but we feel that it is wrong when a big country tries to push around some very small countries, especially on an issue that is really important for the rest of the world,” a Russian delegate told the Times, saying the decision to support the resolution was a matter of principle.

The final resolution retained much of the original wording, despite American efforts. Just one portion, calling on the World Health Organization to provide support to member states seeking to halt “inappropriate promotion of foods for infants and young children,” was removed.

The Times reported that the baby food market is a $70 billion industry.