No Joke: The Onion Faces Layoffs by Univision, Says Report 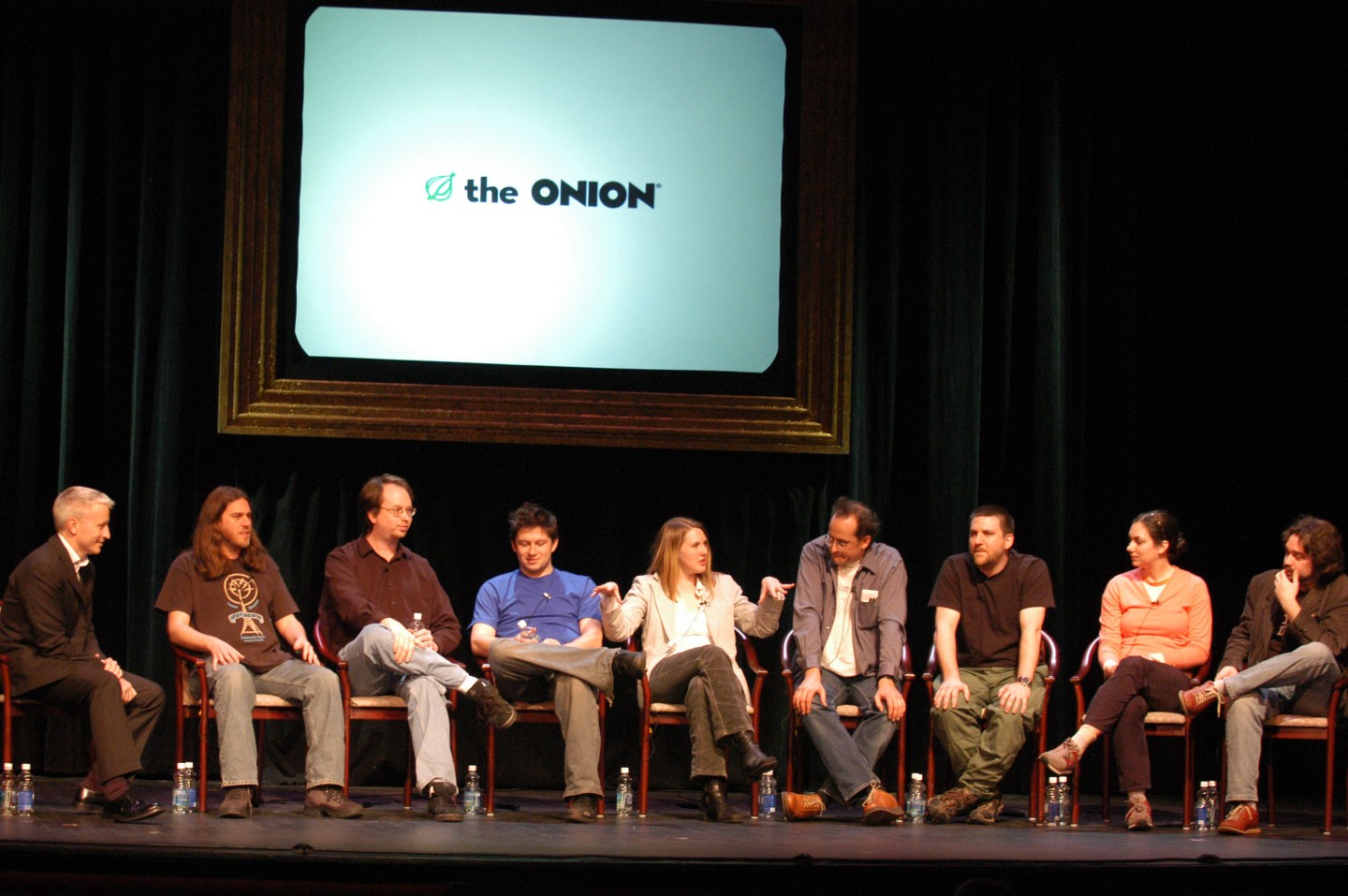 It sounds like a headline from The Onion, the satirical newspaper that seems to have the perfect riposte to every political and cultural event: Its parent company plans significant layoffs in perhaps the richest era of satire known to humanity.

But in this case, the news is real. Univision, which owns a controlling interest in Onion Inc. may lay off or buy out as many as 15% of the relatively small staff, according to the Daily Beast. This follows a significant number of buyouts of staff at other websites owned by Univision. A spokesperson from the company declined to comment to Fortune on the report. The Onion’s union hasn’t replied to a request for a comment.

The impact on the publication is unclear, though the Daily Beast notes that The Onion has a relatively small staff, many of whom are currently on vacation during a regular summer hiatus.

The publication turns out fast, sharp headlines about contemporary events, often as quickly as news breaks. It made its name by writing in a straight news style that mimics mainstream media. For instance, in the recent disclosure of the Trump administration’s family separation policy, the headline, “Stephen Miller Furious At ProPublica For Only Releasing 7-Minute Recording Of Immigrant Children Sobbing,” appeared shortly after that investigative news outlet released the audio.

Meanwhile, the phrase “not the Onion” has become commonplace in an era in which political and social norms are in upheaval.

The Onion was founded in 1988 in Madison, Wisc., by two university students and distributed as a print weekly, which grew into multiple markets, reaching a circulation as high as 500,000 copies, and then gradually shrunk until the print edition was canceled in 2013.

The Onion has been sold twice and moved from Madison to New York City in 2000 and then to Chicago in 2012. Univision reportedly purchased 40% of Onion Inc. in 2016 along with a controlling interest and the right to purchase the remaining stock. Univision reportedly wants to sell its stake in the company and other digital properties.

Univision co-created, founded, or purchased several popular tech, culture, and humor websites starting in 2012 with Fusion. This included the family of Gawker publications after its publisher went into bankruptcy after losing a lawsuit brought by wrestler and celebrity Terry Bollea, better known as Hulk Hogan.

Gawker.com was shut down, but Jezebel, Gizmodo, Deadspin, and several others remain highly active, along with the Clickhole and A.V. Club sites run by The Onion staff. Before Univision’s purchase, Gawker’s staff had unionized, and the staff publications at Fusion, The Onion, and other sites voted in favor of union representation in Nov. 2016.

Univision gave up in March 2018 on a plan to go public that had begun in with filing paperwork in July 2015. Executives have been forced out or left since then, including some key to its digital operations.