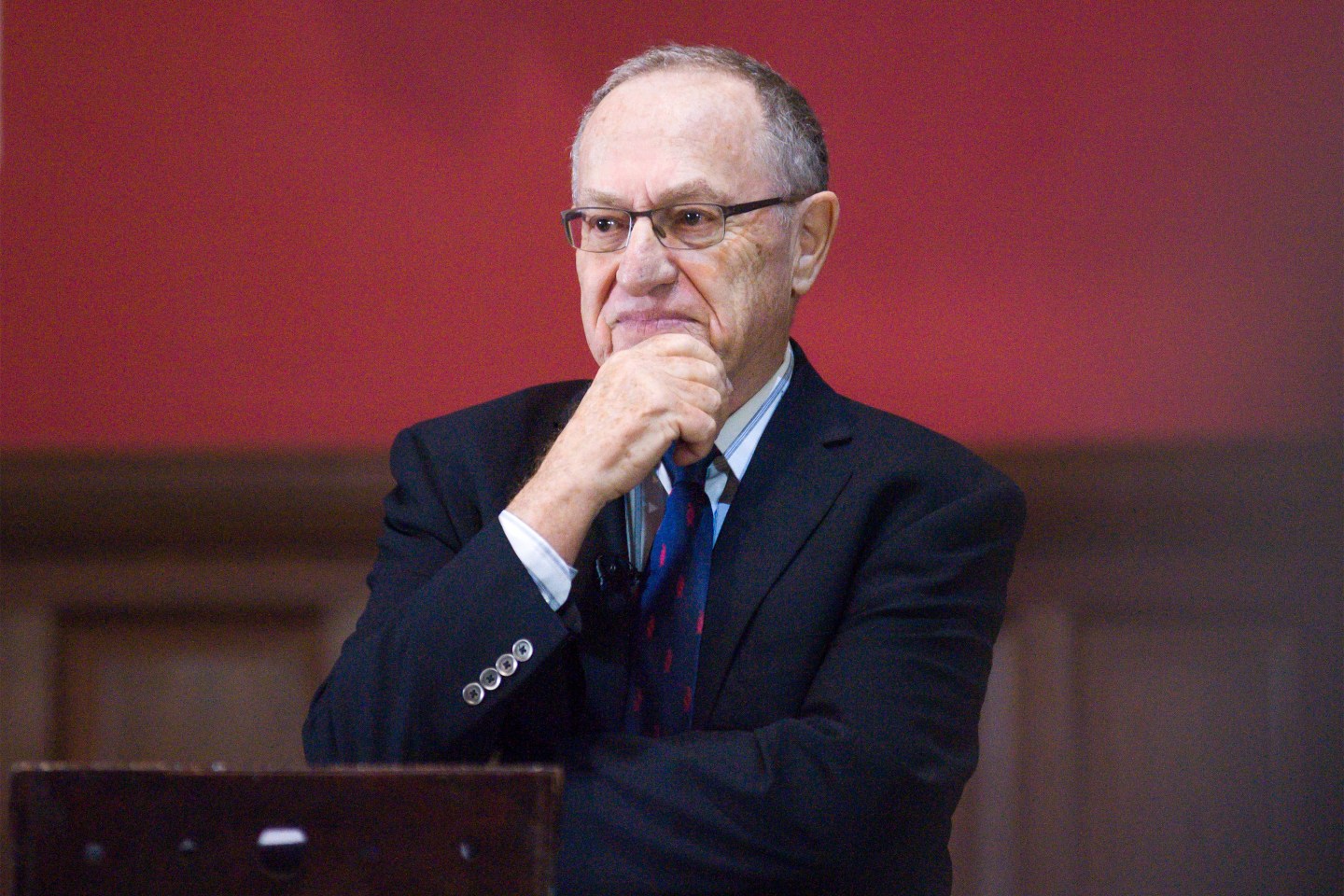 In a recent column published in The Hill, lawyer Alan Dershowitz claimed he has been shunned by his “old friends” on Martha’s Vineyard for his defense of Donald Trump, despite being a Democrat.

“The divisions have gotten so bad that many on both sides refuse to speak or listen to those on the other side. Either you are for Trump or against him, and that is all some people need to know to make judgments about you,” wrote Dershowitz. “I know this because I have experienced this firsthand on Martha’s Vineyard.”

Dershowitz, most famously known for his role in the O.J. Simpson trial, accounts how friends on Martha’s Vineyard have declared a need for “safe spaces” away from his ideas, comparing the apparent isolation to that of McCarthyism in the 1950s. The column was meant to denounce the political division encouraged by Maxine Waters and the current administration, but instead has caused the public to mock Dershowitz for his complaints.

What kind of world do we live in when Alan Dershowitz gets side eyes at Martha's Vineyard and Sarah Sanders is politely asked to leave a Red Hen restaurant? The end of civility. The end of decency. The end of righteous outrage. Oh, look another baby ripped from his parents…

Imagine thinking it’s ok to deny people entry to this country based solely on where they were born, but NOT ok to deny someone entry to a Martha’s Vineyard party based on their clearly and oft stated beliefs. Just imagine being capable of that level of cognitive dissonance

Donald Trump’s immigration policy is so horrific that Alan Dershowitz was just separated from his family at Martha’s Vineyard. pic.twitter.com/jGyc0ggxEC

Dershowitz continues to note that he is not a Trump supporter, and in fact “voted for, and contributed handsomely, to Hillary Clinton.” Still, he outlines a defense of Trump’s presidential rights in his upcoming book The Case Against Impeaching Trump.

“I am a liberal Democrat in politics, but a neutral civil libertarian when it comes to the Constitution,” Dershowitz wrote. “But that is not good enough for some of my old friends on Martha’s Vineyard. For them, it is enough that what I have said about the Constitution might help Trump.”

While some admire Dershowitz for sticking to his opinion despite the ridicule, others have responded with sarcastic pity.

Alan Dershowitz needs our thoughts and prayers right now. Due to his support for Trump, his friends are shunning him from their fancy soirées at Martha’s Vineyard. So…

Please say a prayer for Alan Dershowitz. His friends on Martha's Vineyard are being mean to him. https://t.co/CZaJta3CiG

Let us eat our cookouts tomorrow in tribute to the ones to which Alan Dershowitz is no longer invited.