Cardi B Makes History as First Female Rapper to Land Two No. 1 Singles 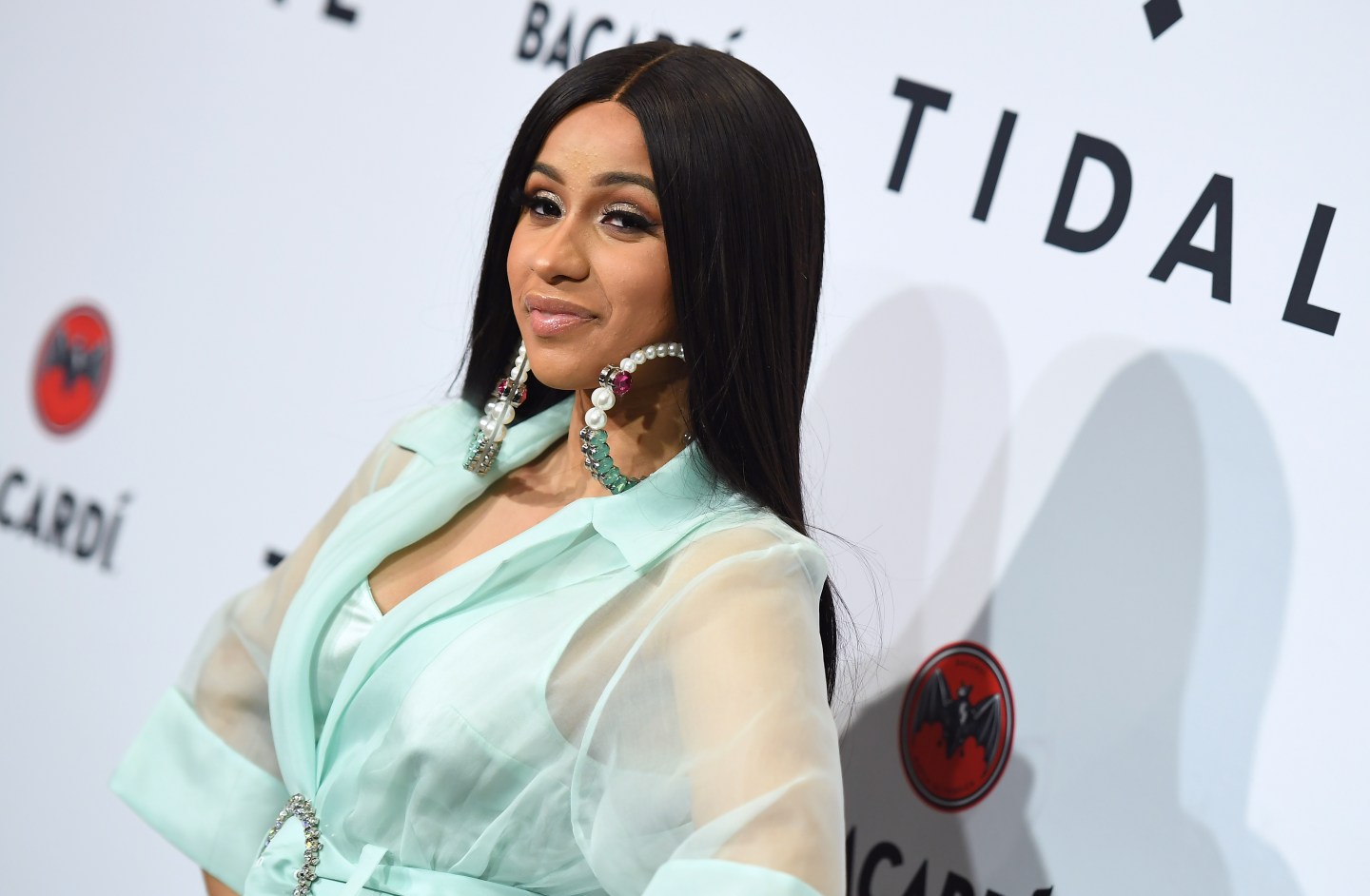 Cardi B in Brooklyn on Oct. 17, 2017 in New York
Angela Weiss—AFP/Getty Images

Cardi B just accomplished something no other woman has done.

Thanks to her latest single, I Like It, the New York native is the first female rapper with two songs to reach No. 1 on the Billboard Hot 100, the music magazine reported Monday.

The track featuring Latin music stars Bad Bunny and J Balvin was released in May, and is the latest single off Cardi B’s debut studio album, Invasion of Privacy.

It follows the release of club anthem Bodak Yellow (Money Moves), which climbed to the top of the Hot 100 in October.

Four other female rappers have previously landed No. 1 singles on the Hot 100, including Lauryn Hill with Doo Wop (That Thing) in 1998. Lil’ Kim had Lady Marmalade with Christina Aguilera, Mya and P!nk in 2001. Shawnna was featured on Ludacris’ single Stand Up in 2003, and Iggy Azalea with Fancy featuring Charli XCX in 2014.

Before her album was released, Cardi B began to garner attention as a regular castmember on the VH1 reality series Love & Hip Hop: New York.

She is currently expecting her first child with rapper Offset of hip-hop trio Migos.

The two tied the knot last year, but never went public with their marriage until Offset let it slip on stage last month during the BET Awards that they are husband and wife. Cardi B has since confirmed the marriage on social media.

You can watch I Like It below. A warning, the video contains profanity.