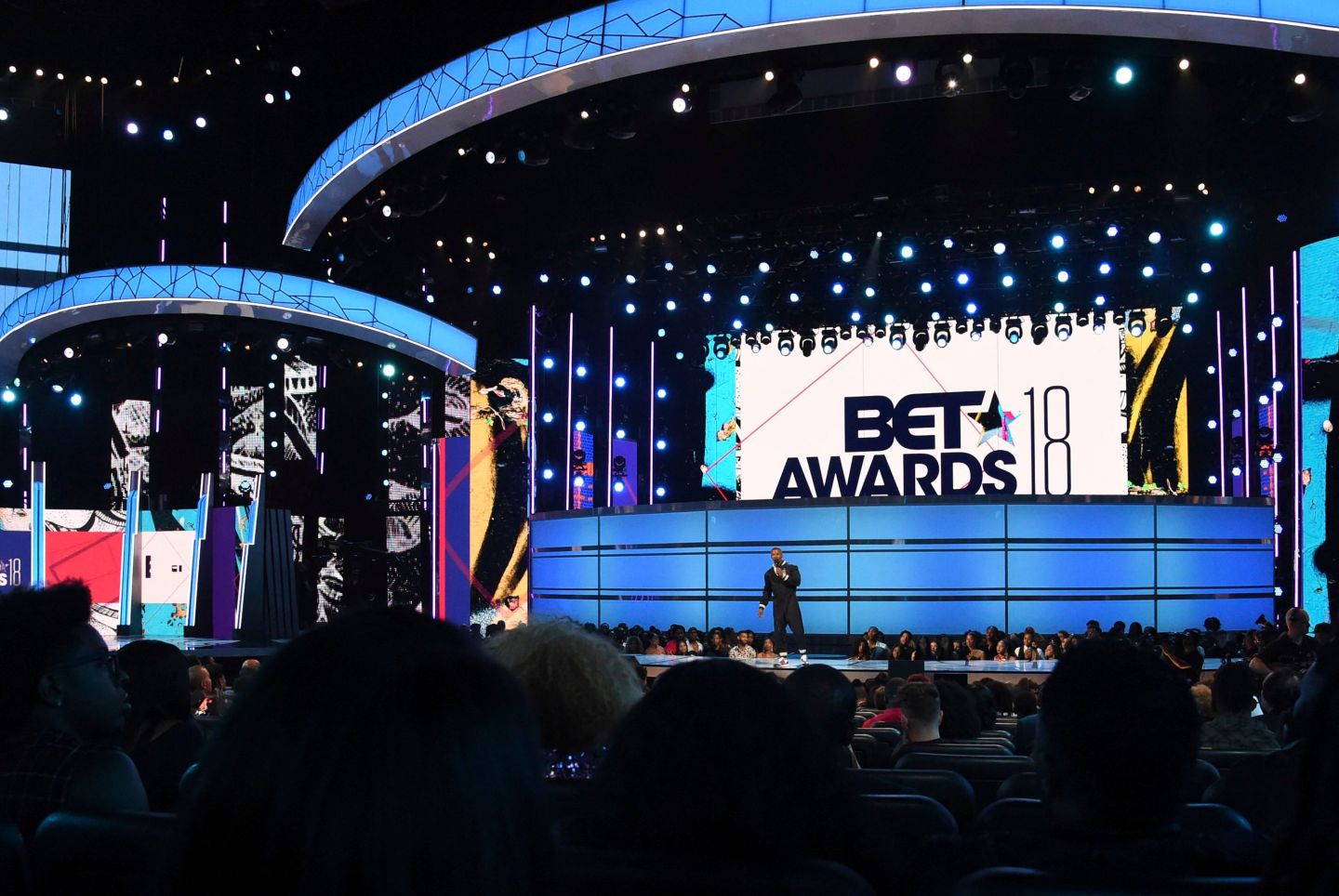 For the past 16 years, the BET Awards — a celebration of African-American achievement in music, movies, television and sports — have been held in Los Angeles. But at Sunday night’s awards fest, there were whispers backstage that BET is considering moving elsewhere.

Since 2013, the BET Awards and the BET Experience music festival leading up to the show have taken place at L.A. Live, a campus in downtown Los Angeles that includes the Staples Center, the Microsoft Theater, a movie theater, hotels, restaurants, a nightclub, and the Grammy Museum.

AEG owns L.A. Live, and its contract with the BET cable channel, which produces the awards, is ending.

An individual familiar with the matter who isn’t authorized to speak on behalf of the network, said backstage on Sunday night that management is considering making changes after former BET Networks chairman and CEO, Debra Lee, left in May.

“They don’t want to renew,” the individual said about BET. “Now that Debra Lee is no longer at BET, things may change.”

The individual, whose account was confirmed by a second person familiar with the matter, added that BET is taking a serious look at Atlanta, with Houston and Austin also under consideration as possible locations.

However, in a joint statement to Fortune on Tuesday, BET and AEG said nothing has been decided, adding that they plan future negotiations to extend the contract.

“BET and AEG executives are reviewing the just concluded 2018 BET Experience weekend and will begin discussing a contract extension for the 2019 event in the near future,” the statement said.

“The benefit of having the BET Awards in Los Angeles is just the accessibility to so many artists who live in L.A. already,” Johnson explained. “Whether they live here or not… artists often stay in Los Angeles for an extended period to conduct press, to take meetings with talent agencies, etcetera.”

While Atlanta has become a major entertainment hub, Johnson said it’s not on the same “scale as L.A. and New York.”

The BET Awards started in 2001 in Las Vegas, and moved to Los Angeles the following year. While the venue locations have changed, the host city has remained the same for 16 years.

In 2002, the awards were held at the Kodak Theatre (now the Dolby Theatre) in Hollywood. The show later moved to the Shrine Auditorium on the campus of the University of Southern California, before settling in at L.A. Live in 2013.

Unlike other award shows that last a few hours, BET has turned the program into four days of events. Launched in 2013, the BET Experience draws music fans from across the globe.

This year’s festival ran from June 21-24, with events held at the Staples Center and neighboring Los Angeles Convention Center. There was also an inaugural BET Her awards program at the Conga Room nightclub at L.A. Live, celebrating the achievements of women of color. La La Anthony, Sheila E. and more were honored.

VIP ticket packages, which included entrance to the BET Awards, ranged from $1,095 to $4,500, according to BET’s website. Prices for individual concert tickets varied, but they were much more affordable.

For those unable to get tickets or lacking deep enough pockets, there were free events at the BET Fan Fest held in the convention center. The activities included seminars on fashion and beauty, panel discussions and a celebrity dodge ball game.

The festivities culminated on June 24, with the BET Awards, hosted by actor and comedian Jamie Foxx.

At least 165,000 people attended the BET Experience in 2017, according to the Los Angeles Times. They spent money on hotels, meals, transportation and nightlife.

Still, there’s no disputing it would be more cost-effective for BET and for fans if the awards moved to the South.

“So many other productions, television and films have gone outside of Los Angeles because of costs,” Johnson explained. “So, if that’s a factor in BET’s decision, from a business perspective, it makes sense to consider other cities.”

Although, the unique set-up at L.A. Live makes it possible for the awards, concerts, and panel discussions to all be held within walking distance of each other. There’s also a subway stop right around the corner.

Wherever the 2019 BET Awards are held, they’ll be an economic boon for the host city.