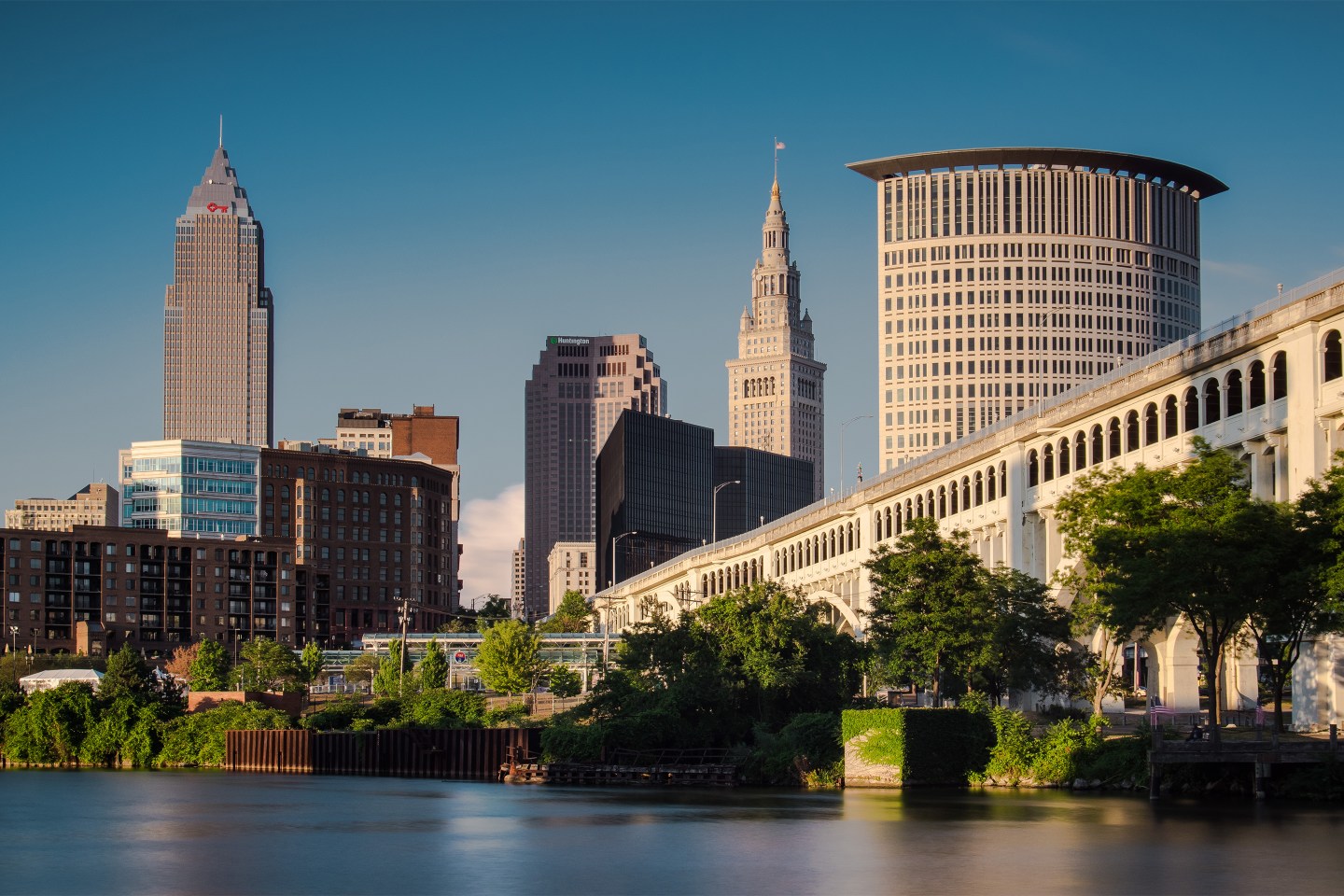 A view of the city from the other side of the Cuyahoga River.
Yuanshuai Si—Getty Images

The FBI has arrested a man who plotted to set off a bomb during downtown Cleveland’s Fourth of July parade.

Demetrius Pitts, 48—also known as Abdur Raheem Rahfeeq—was arrested Sunday and is believed to have ties to al-Qaeda, the FBI said at a press conference Monday morning.

In a meeting with an undercover agent last week, Pitts revealed his intentions to attack Cleveland on Independence Day.

“I did tell myself that their holiday is coming up, Independence Day. What would hit them in the core? Blow up. Have a bomb blow up at the Fourth of July Parade,” Pitts said, according to an affidavit.

He also revealed his plans to survey the area of the proposed attack, including the U.S. Coastguard Station and Voinovich Park. Later that week, Pitts was seen surveilling the locations he had previously discussed, officials said.

Additional conversations included discussions about his hatred for military and “wanting to chop off heads and hands.”

On Sunday morning, the undercover agent and Pitts had another conversation where yet again Pitts expressed his desires to align with al-Qaeda, to kill federal and local agents, and to commit a future attack at a date to be determined in Philadelphia, where he used to reside. Pitts was immediately arrested following the meeting.

The agency opened its investigation into Pitts last year, while he lived in Cincinnati, after he made statements exposing intentions of violent actions in support of al-Qaeda. The statements expressed his willingness to attack the U.S. and join a foreign terrorist organization, according to FBI Special Agent in Charge Stephen Anthony. His posts on Facebook encouraged Muslims to learn how to shoot guns and use other weapons such as hand grenades.

After Pitts relocated to Cleveland in May, the case was passed on to officials in the area. Pitts already had an extensive criminal history including concealment of a weapon and aggravated assault.

Pitts, who is charged with one count of attempting to provide material support to al-Qaeda, is scheduled to appear in front of a U.S. Magistrate Monday. He faces a maximum of 20 years in prison.