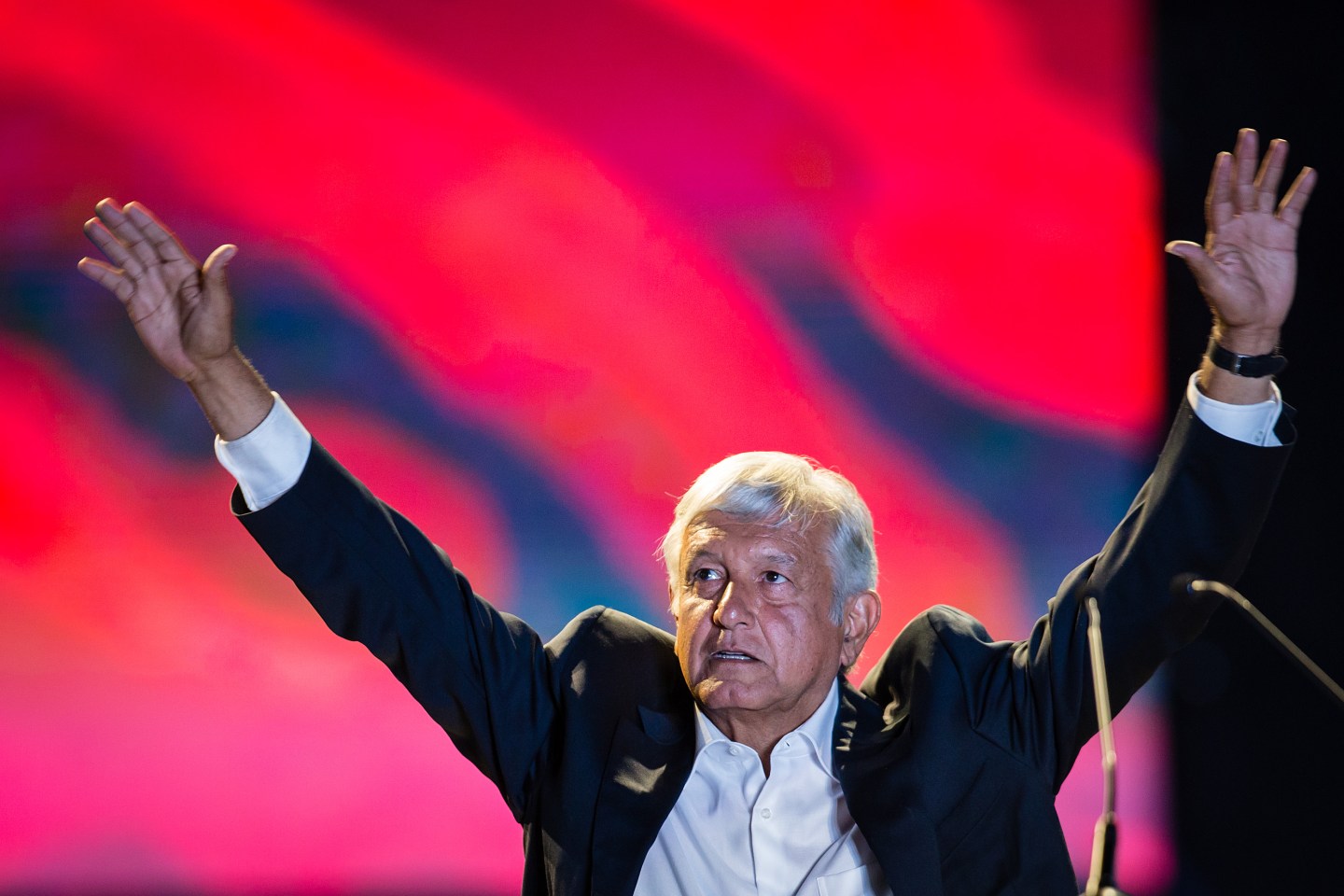 Mexicans head to ballot stations Sunday to elect a president and they’re set to hand power to a left-wing leader for the first time in decades, in a revolt against entrenched corruption, crime and poverty.

Andres Manuel Lopez Obrador appears headed for a landslide win that could also give him majorities in both houses of Congress — a prospect that’s adding to anxiety in Mexico’s business world and financial markets. Nine governors and almost 3,000 mayors and local legislators will also be chosen. The biggest election in Mexican history gets under way at 8 a.m. local time (9 a.m. ET), and polls close at 6 p.m. Initial results are expected sometime after 8 p.m.

Mexicans have many reasons to kick out their governing class. The country of 125 million has suffered a wave of violence, with homicides at record levels (politicians haven’t been spared: 120 of them were killed during the campaign). Then there’s the $1.2 trillion economy, which has posted dismal growth rates by developing-nation standards. Almost half the population lives in poverty, a rate that’s changed little in a quarter-century. And the outgoing government has been caught up in a series of graft scandals.

The 64-year-old Lopez Obrador, known as AMLO, promises to ramp up social programs and run a clean administration. His strong showing fits with a global trend of anti-establishment politics, from Donald Trump’s presidency in the U.S. to gains by parties of the left and right in Europe. There are also regional echoes: Mexico is one of the few countries in Latin America that hasn’t had a leftist government in recent decades.

The candidate was a popular mayor of Mexico City last decade and has unsuccessfully run for the presidency twice since then. Lopez Obrador says he’ll govern as a pragmatist, but investors are worried that he’ll cancel private oil contracts, scrap a $13 billion Mexico City airport project that’s already under way, and rack up debts. The peso has slid about 10 percent since mid April.

Lopez Obrador says he can fund his programs by eliminating corruption and cutting the salaries of high-paid bureaucrats, and won’t need to run bigger deficits. Economists are skeptical about the claim.

His two main rivals for the presidency are both more business friendly -– and represent the only two parties to have ruled Mexico in almost a century.

Ricardo Anaya, a brash 39-year-old, cobbled together a coalition of the right and center-left. His pledge of a drastic crackdown on corruption has been undermined by his ties with past governments seen as corrupt themselves.

Jose Antonio Meade was finance minister under the outgoing –- and deeply unpopular –- administration of the Institutional Revolutionary Party or PRI. It’s headed by President Enrique Pena Nieto, who was hailed as an economic reformer early in his term, and ended it with the lowest approval ratings in the history of the presidency.

He’ll remain in office until December whatever today’s outcome, because Mexico has a five-month gap between elections and inauguration.