Valeant Stock Was Having a Pretty Good 2018—Until Today 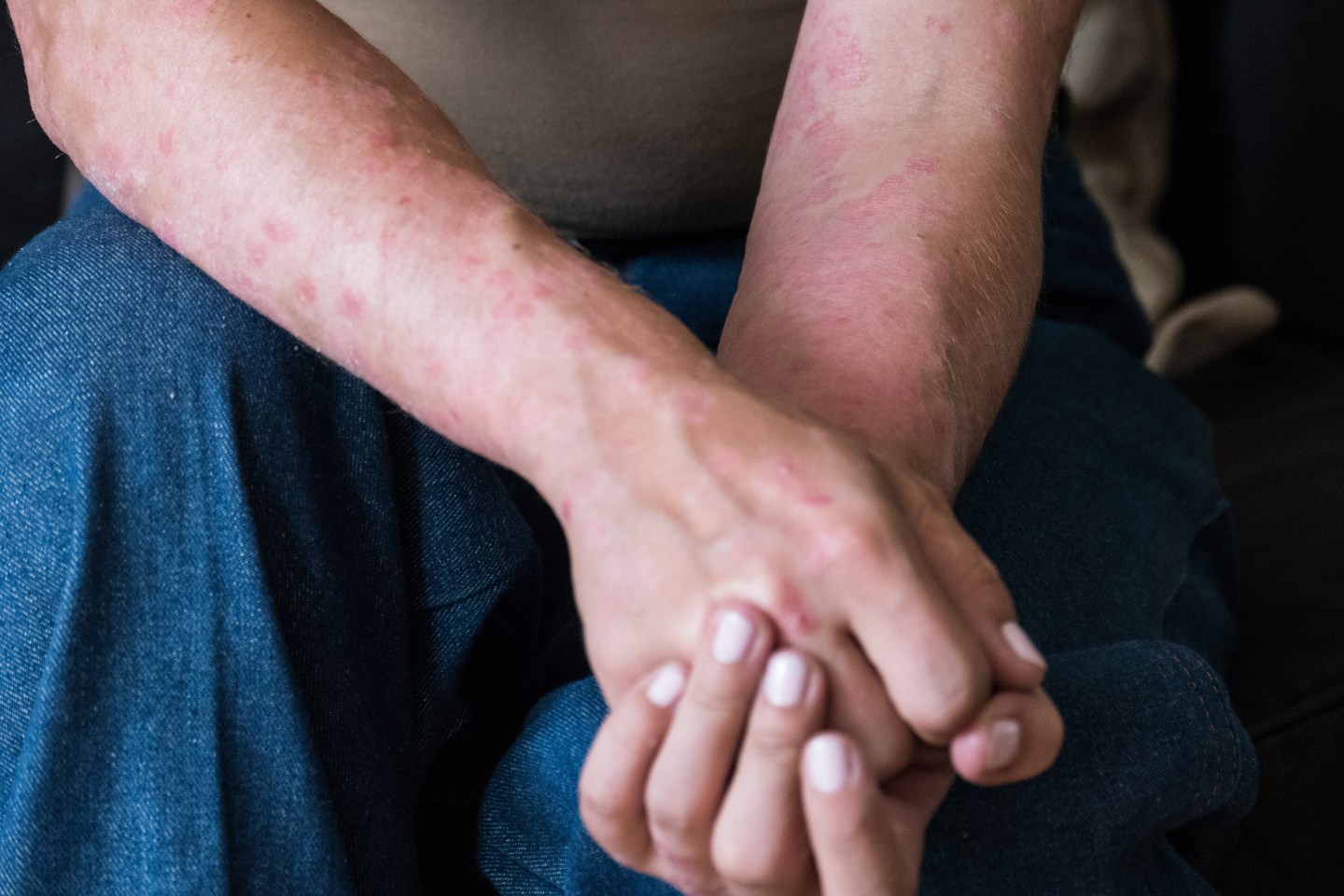 *** EXCLUSIVE - VIDEO AVAILABLE *** BASINGSTOKE, UK SEPTEMBER 4: Giorgia Lanuzza on 4th of September, 2016, in Basingstoke, UK. Giorgia Lanuzza isnt ashamed of her body and wants to encourage other women to feel the same with her Facebook group. The 25-year-old photographer has suffered from psoriasis since she was a teenager and isnt afraid to show off her skin. Last summer her condition was so bad 97% of her skin was covered in red, raw lumps. Giorgia, from Basingstoke, first contracted psoriasis age 13 after her father tragically died in a road accident. A talented photographer, Giorgia decided to document her skin condition and destigmatise it and things have come full circle with her fronting a modelling campaign for psoriasis cream Exorex. PHOTOGRAPH BY Marcus Hessenberg / Barcroft Images London-T:+44 207 033 1031 E:hello@barcroftmedia.com - New York-T:+1 212 796 2458 E:hello@barcroftusa.com - New Delhi-T:+91 11 4053 2429 E:hello@barcroftindia.com www.barcroftimages.com (Photo credit should read Marcus Hessenberg/BarcroftImages / Barcroft Media via Getty Images)
Marcus Hessenberg—Barcroft Media via Getty Images

Valeant shares had been on a pretty steady rise for 2018, up more than 29% on the year as of last Friday, June 15. But Monday, Valeant stock tumbled about 8% in early trading, bringing its year-to-date gains down to 19%.

The reason? A U.S. Food and Drug Administration rejection of Valeant’s experimental drug Duobrii, a topical treatment for a version of the common skin condition psoriasis called plaque psoriasis.

It’s unclear that the FDA’s complete response letter (CRL) declining to approve Duobrii will be a permanent setback for Valeant, though. The company announced that it’s already reached out to the FDA to discuss the agency’s concerns, which reportedly do not include questions about the psoriasis drug’s safety or efficacy.

“The CRL did not specify any deficiencies related to the clinical efficacy or safety of Duobrii,” said Valeant CEO Joseph Papa in a statement. “The CRL only noted questions regarding pharmacokinetic data.” Pharmacokinetic data have to do with the way that a drug moves through the body, including how it is metabolized and eventually removed.

In early May, Valeant shares spiked considerably after the FDA approved the company’s bowel cleanser product PLENVU. The firm also announced that it will change its name to Bausch Health Companies and its stock ticker to “BHC” beginning in July, and raised estimates of its full-year 2018 revenues by $50 million. The company is attempting to claw its way back to the top (or at the very least the middle) tier of drug makers following a series of scandals and massive debt burden decimated the stock over the course of 2016.