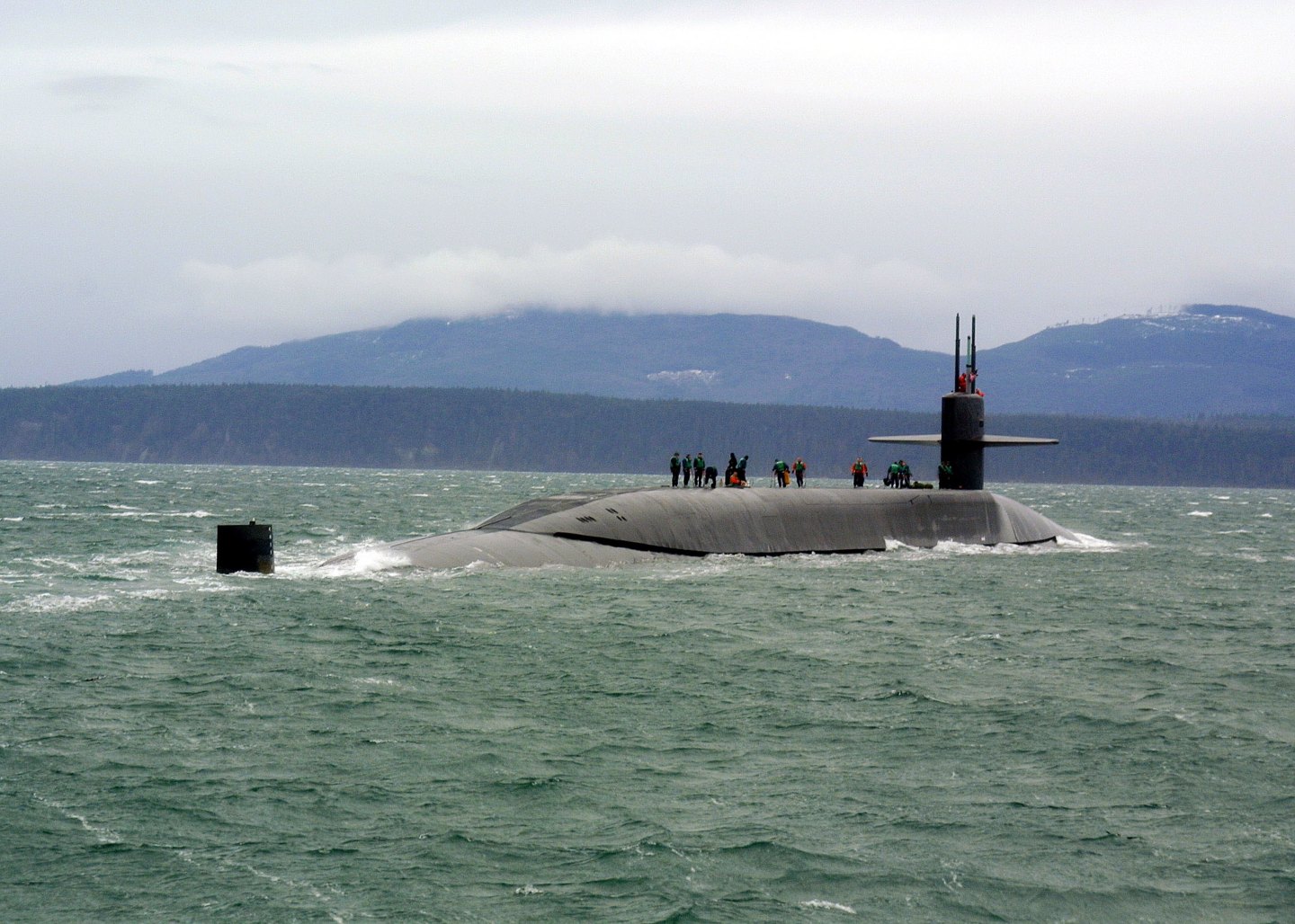 AT SEA - JANUARY 29: In this handout provided by the U.S. Navy, the guided missile submarine USS Ohio (SSGN 726) stops for a personnel boat transfer January 29, 2006 off the coast of Puget Sound, Washington. Media were transported to Ohio to see the new capabilities that the submarine now brings to the joint warfighter. Ohio is the first ballistic missile submarine to complete conversion to the new class of guided missile submarines (SSGN). Three other submarines are undergoing the SSGN conversion process including USS Michigan (SSGN 727), Florida (SSGN 727) and Georgia (SSGN 729). (Photo by Dave Fliesen/U.S. Navy via Getty Images)
Dave Fliesen/U.S. Navy via Getty Images

Chinese government hackers have compromised an unnamed contractor for the Naval Undersea Warfare Center, a submarine research branch of the military, according to a new report. Six hundred fourteen gigabytes of data were stolen, including submarine communications data and information on a secretive project known as Sea Dragon. The attack has been attributed to China’s Ministry of State Security, or MSS.

The Washington Post, citing anonymous American officials, reports that the data was stored on the contractor’s unclassified network, though officials said the material could be considered classified and was highly sensitive. The compromised data could give China important edges in both technology and tactics at sea, including in its conflict with a half-dozen nations including Japan and Indonesia over territorial claims in the South China Sea.

Little is known about the classified Sea Dragon initiative, but it is an underwater technology that the Defense Department has described as introducing a “disruptive offensive capability,” according to the Post, and which some defense experts regard as a key component in America’s precautions for conflict with China. Submarine weapons are key for China’s military ambitions, but Chinese cyber-incursions in recent years have nabbed designs and data for everything from advanced fighter jets to missile systems.

In addition to headline technologies, the hack of defense databases could give China insight into U.S. capabilities, such as sensor distance; and into how much the U.S. knows about Chinese weapons. Retired admiral James Stavridis told the Post that the spread of such data “deeply reduces our level of comfort if we were in a close undersea combat situation with China.”

As serious as it is, the loss of weapons and intelligence data may not be the worst part of the hack. Former Navy officer and NSA analyst John Schindler, writing for the Observer, highlights the loss of cryptographic information used in submarine communications. Those techniques allow coordination of forces at sea, and their compromise can lend an enemy a huge tactical advantage in any conflict. As a precedent, Schindler cites the Allied compromise of the German Enigma cipher, and the resulting demolition of Nazi U-Boats that hastened the end of World War II—though it’s important to note that the Germans didn’t know the code had been cracked, and the U.S. may be able to react to the recent hack by changing codes and practices to keep messages out of Chinese hands.