An American Imprisoned in Venezuela Has Been Released, Trump Says 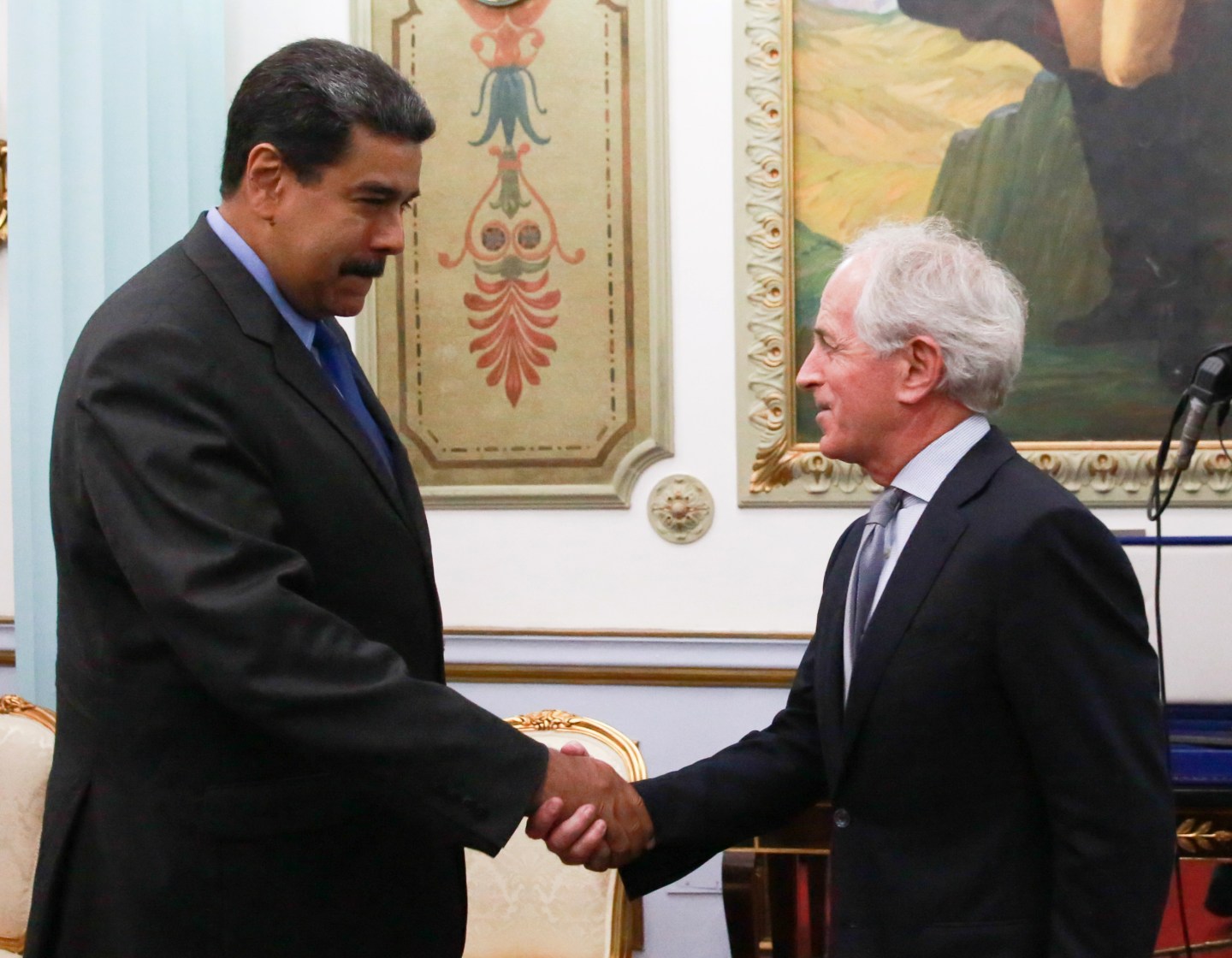 An American imprisoned in Venezuela since 2016 has been released and is headed back to Washington after pressure from the U.S. government, President Donald Trump said.

“Good news about the release of the American hostage from Venezuela. Should be landing in D.C. this evening and be in the White House, with his family, at about 7:00 P.M.,” Trump said on Twitter. “The great people of Utah will be very happy!”

Good news about the release of the American hostage from Venezuela. Should be landing in D.C. this evening and be in the White House, with his family, at about 7:00 P.M. The great people of Utah will be very happy!

Maduro was shown shaking hands with Corker in images broadcast on state TV from the presidential palace, which said the two were “strengthening international relationships,” without offering more details.

Corker then walked out alongside Carabobo State Governor Rafael Lacava, who’s said to have visited Washington earlier in the year to discuss the release of Holt, a former Mormon missionary arrested in Caracas about 18 months ago, after he traveled there to marry his Venezuelan girlfriend.

After being sworn in for a second six-year term this week, Maduro called for the release of some detained prisoners, without naming anyone specifically. Holt, who’s being held in the El Helicoide intelligence agency prison on weapons charges his family says are false, published a Facebook video earlier this month pleading for help and claiming his life was in danger.

Corker’s fellow Republican, Marco Rubio, lashed out at the Tennessee lawmaker on Friday for meeting with Maduro.

“Any U.S. Senator can meet with whoever they want. But no matter how many senators dictator Nicolas Maduro gets to meet with him, U.S. sanctions will go away when Maduro leaves and democracy returns,” Rubio said on Twitter.

The Florida senator is a longtime critic of Corker, who’s chairman of the Senate Foreign Relations Committee to which Rubio also belongs. Corker’s office didn’t respond to requests for comment. Rubio was more conciliatory after word of Holt’s release, tweeting that “his UNCONDITIONAL release was long overdue.”