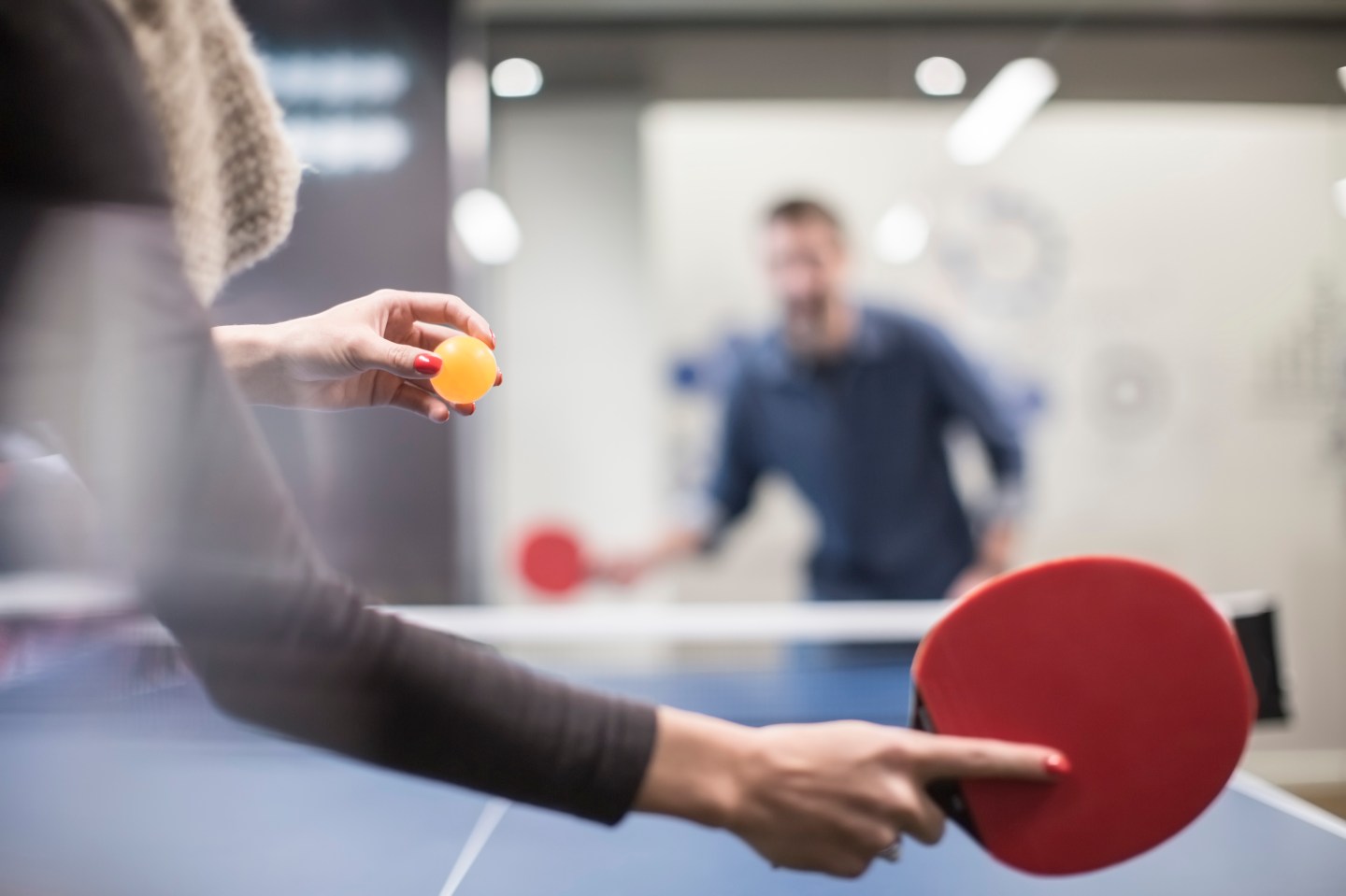 Ping pong is more than a pastime at West Monroe Partners.

The Chicago-based consulting firm has turned table tennis into something close to a company camp fire.

Yes, ping pong tables are a clichéd workplace perk. But at West Monroe, they go far beyond a way for professionals to blow off steam. All West Monroe offices, from Seattle to Dallas to New York City, have a ping pong table, which helps to serve both as a gathering spot and a symbol of West Monroe’s close-knit, family-like culture.

Last year, West Monroe flew all of its 900 employees to Chicago to celebrate its 15-year anniversary, and one of the highlights of the event was a table tennis tournament. The tourney featured referees, a program with player bios, and friendly (but intense) matches.

“It was more exciting than watching a professional football game,” says Doug Armstrong, the company’s senior managing director and leader of the Chicago office.

The table tennis focus is part of a broader push at West Monroe to cultivate camaraderie. Not only are all employees owners of the firm thanks to a stock ownership plan, but the company takes pains to stay connected, such as “4 O’clock Rocks” parties one Friday each month to help deepen relationships among colleagues.

All the fun and games aren’t just about feeling good. Armstrong says the solidarity is a business strategy. It translates into lower turnover, more innovative ideas and better relationships with clients—who turn to West Monroe for business and technology consulting. Armstrong draws a direct line between the firm’s strong ties to people and its healthy growth—the Chicago office saw revenue climb 42 percent last year, added 185 people, and the company is currently in the process of taking over another floor in its Chicago building.

“Consulting is a people-to-people business,” Armstrong says. “It’s based on relationships. It’s based on trust.”

That high-trust culture has helped West Monroe become one of the Best Workplaces in Chicago, compiled by my company, research and consulting firm Great Place to Work, in partnership with Fortune, via a survey of employees and a thorough culture audit. Our research shows that a caring community is one of the strongest drivers of revenue outperformance. In particular, when employees in a high-trust culture experience a caring workplace, they are 44% more likely to work for a company with above-average revenue growth.

West Monroe’s leaders did not have such lofty goals in mind when they sketched out their vision 16 years ago on a set of napkins at Miller’s Pub, a Chicago watering hole a block away from West Monroe Street. Instead, they were merely trying to launch a company with solid values, including “people-first, fun, and meritocracy.”

Later, West Monroe added “social responsibility” to its core principles. And the firm today stands out for its commitment to the communities in which it does business. This includes charitable work. It has a 1-1-1 approach to giving back modeled on software company Salesforce’s formula for philanthropy—1 percent of equity, sales and employee time are donated to good causes. In Chicago, this has involved providing pro-bono help to the Chicago Police Department in the form of guidance on training and new police officer onboarding.

But the community connections go deeper at West Monroe. Quarterly meetings of the firm’s Chicago unit touch on issues facing the city. In keeping with the Police Department assistance, one recent meeting included a segment on gun violence in Chicago neighborhoods and the roots of that problem.

The company’s sense of care extends to the personal growth of each employee All staffers are encouraged to write a “three-year letter” describing how they want to grow both personally and professionally during that time period. Each employee also has a career advisor to guide them. That personalization and focus on social connections helps explain the company’s turnover rate of 11 percent—roughly half the industry average.

Engaged employees also figure into how West Monroe has stayed abreast or ahead of technology changes, even as it competes with giant rivals. West Monroe invites consultants at all levels to propose promising new directions for the company, and vets these ideas in part through “a friendlier version of shark tank,” Armstrong says. A recent example is a push into robotics and process automation technologies. “We’ve got to be on the forefront,” Armstrong says. “We rely on our people to generate ideas.”