Meet Stacey Cunningham, the One-Time NYSE Intern Who Will Be the Exchange’s First Woman President 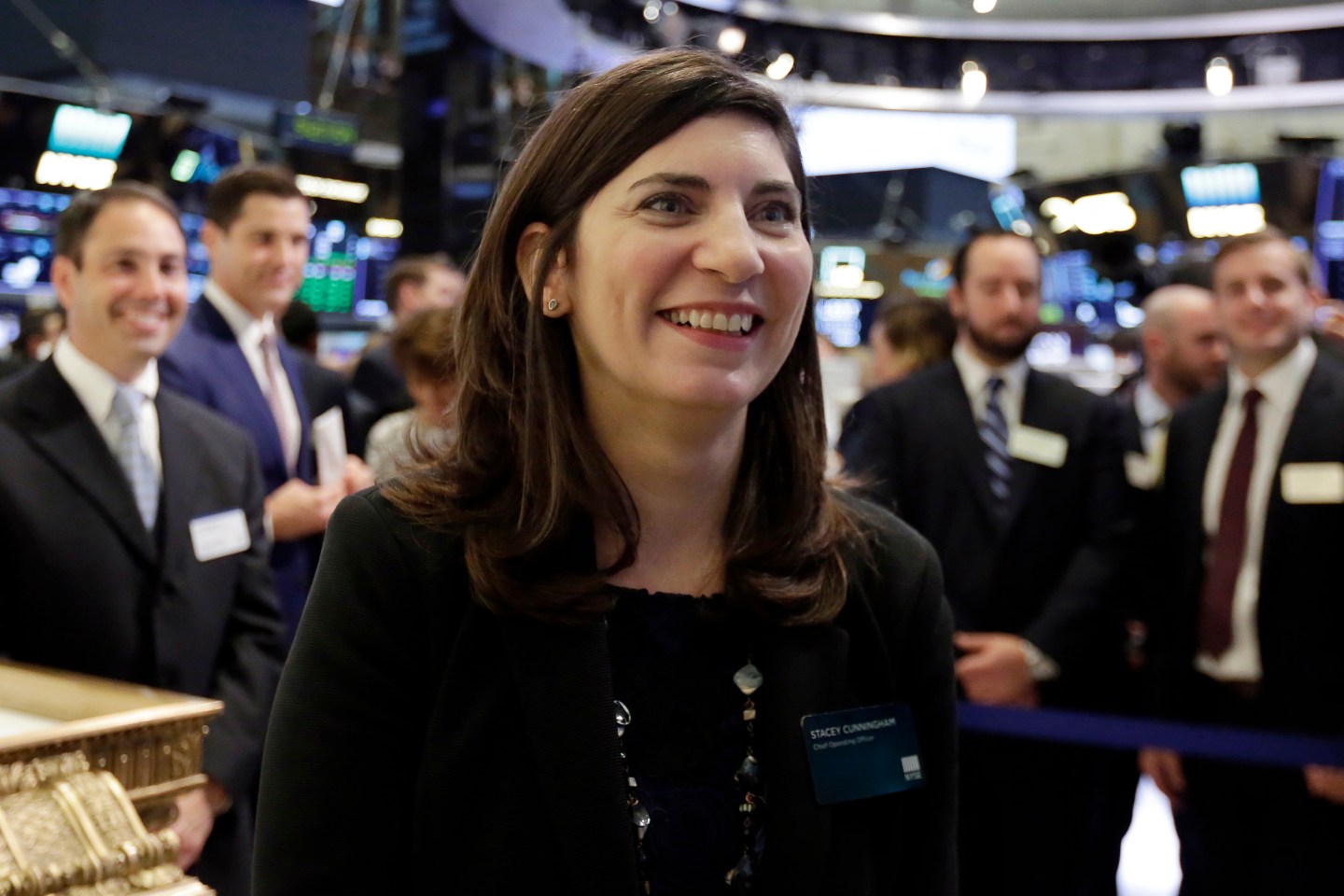 For the first time in its 226-year history, the New York Stock Exchange is going to have a female leader.

The Wall Street Journal reported Monday that Stacey Cunningham, 43, currently the NYSE’s chief operating officer, will take over for Thomas Farley on Friday, making her the first woman to hold that role. Her promotion comes about a year and a half into Adena Friedman’s tenure as the first woman CEO of Nasdaq, meaning two of the most prominent stock exchanges will be led by women as Wall Street continues to grapple with the #MeToo movement and its male-dominated past.

Cunningham first worked at the NYSE as an intern in the summer of 1994 while she was studying industrial engineering at Lehigh University. Two years later she started working on the NYSE floor, becoming one of only a couple dozen women working among more than a thousand men.

But as the world increasingly embraced technology, Cunningham became frustrated with the slow pace of change on the NYSE floor. Last year she told the Financial Times, “The trading floor back then was still entirely manual but the market had moved past that, and we hadn’t yet made that transition to combining technology with the floor. It felt wrong to me.” So in 2005 she left, taking a “culinary leave” and enrolling in a nine-month cooking program that required her to spend six weeks working in a professional kitchen. She said her time on the trading floor prepared her well for the high-pressure environment of the kitchen.

After time off, Cunningham came back to the trading floor in 2007, joining NYSE rival Nasdaq. She rejoined the NYSE at the end of 2012, shortly before Intercontinental Exhcange, or ICE, announced it would acquire the stock exchange. Within a year she was promoted to head of sales and relationship management; within three years, she became the COO.

The NYSE’s new leader is no stranger to the gender issues that used to define the industry. She recalls that when she interned at the NYSE, the women’s bathroom was in a converted phone booth, while the men had a “palatial” room with couches, amenities, and a full-time attendant. Still, she says in all the male-dominated environments she’s found herself in—engineering school, the trading floor, a professional kitchen—she simply “never acted as though there was a question as to whether or not I should be where I was.”