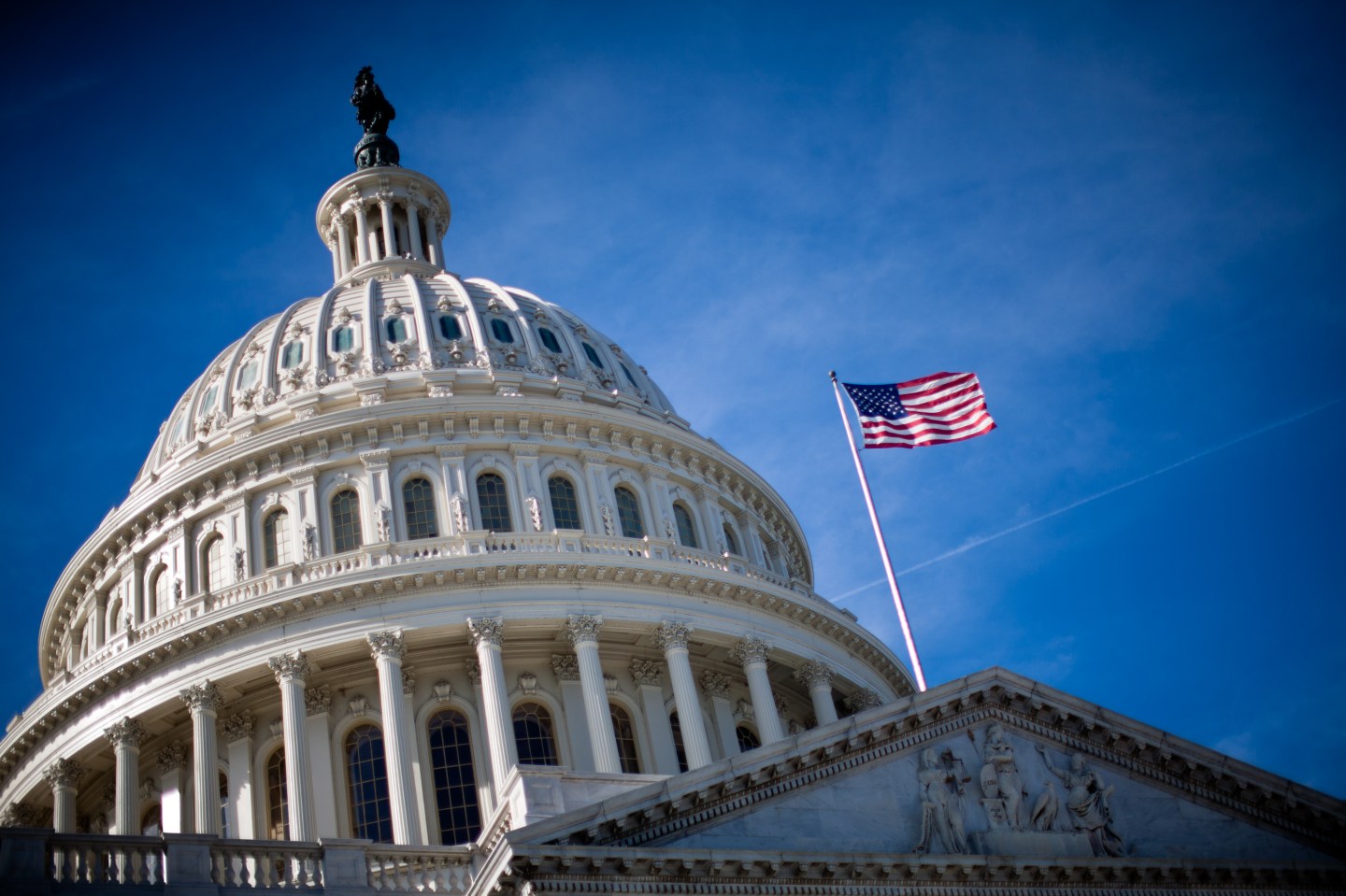 The U.S. Capitol is seen on November 19, 2011 in Washington, DC.
Photograph by Brendan Hoffman—Getty Images

The U.S. House has approved a sweeping overhaul of bank regulations, sending to President Donald Trump a bill that will give him a chance to make good on his vow to “do a big number” on the Dodd-Frank Act.

Lawmakers voted 258-to-159 Tuesday to advance a measure that is the product of years of financial-industry lobbying to soften post-crisis rules and sensitive negotiations on Capitol Hill to attract bipartisan support needed to get it through the narrowly-divided Senate.

The legislation would be the most significant overhaul of banking oversight to become law since Dodd-Frank was enacted in 2010 and may represent Congress’s last shot at dialing back financial regulation before midterm elections in November.

House leaders agreed to vote on the compromise bill that Senate Republicans negotiated with moderate Democrats in exchange for a promise that a broader set of House-passed rollbacks will get a vote later this year. Senate Democrats who backed the plan sponsored by Banking Committee Chairman Mike Crapo, an Idaho Republican, have said they will oppose further changes.

“This is a moment years in the making,” Crapo said in a statement after the bill’s passing. “This step toward right-sizing regulation will allow local banks and credit unions to focus more on lending, in turn propelling economic growth and creating jobs.”

Moderate Democrats’ support for the bill has sparked fights with progressives including Senator Elizabeth Warren of Massachusetts, who say the bill is a gift to bank lobbyists.

“The bill would raise the asset threshold at which banks would be subject to enhanced supervision by regulators, weaken stress tests and capital requirements for big banks, undermine critical mortgage protections, and exempt 85 percent of depository institutions from reporting important Home Mortgage Disclosure Act data,” Representative Maxine Waters of California, the top Democrat on the House Financial Services Committee, said in a statement before the vote. “I’m all for helping community banks and credit unions but this bill goes way beyond that and includes massive giveaways to Wall Street.”

The legislation gives smaller banks relief from post-crisis rules that they’ve decried as burdensome and costly. It raises to $250 billion in assets from $50 billion the threshold for banks to face stricter Federal Reserve oversight as systemically important financial institutions. That would free companies such as American Express Co. and SunTrust Banks Inc. from higher compliance costs associated with being considered too big to fail.

It could also spark a wave of dealmaking among regional firms that have been reluctant to cross that $50 billion threshold.

“This gives us the ability to do more deals and bigger deals,” said Joe Ficalora, chief executive officer of New York Community Bancorp Inc., which has $49.6 billion in assets. “There are many opportunities, and we’ve just been waiting for the timing to be right.”

Even if the bill is signed into law, the Federal Reserve will ultimately determine how much relief regional firms get — and how soon. While losing the SIFI label frees them from some stricter oversight and annual stress tests mandated by Dodd-Frank, banks with more than $50 billion in assets are still subject to other rules including the Fed’s annual Comprehensive Capital Analysis and Review.

If the Fed does decide to make changes in response to the legislation, the process that could take months, even a year, according to Jared Seiberg, an analyst at Cowen Inc.

There are fewer gains in the legislation for Wall Street banks and investment firms, which will have to rely on regulators appointed by Trump to dial back hated constraints such as the Volcker Rule ban on proprietary trading.

Among the bill’s biggest losers are large regional banks such as Capital One Financial Corp. and PNC Financial Services Group Inc., which would keep their SIFI designations. Wall Street banks like Citigroup Inc. and JPMorgan Chase & Co. also lost out on getting relief on some capital requirements they lobbied to include.

The legislation lets big banks include municipal bonds in required stockpiles of assets that could be sold to provide funding in a crisis. That’s a modification JPMorgan and Citigroup have sought for years.

Custody banks such as State Street Corp. and Bank of New York Mellon Corp., which specialize in safeguarding assets as opposed to traditional commercial banking, are likely to see relief from some capital requirements. The bill frees small banks from the Volcker Rule and makes a technical fix that would let some investment firms like BlackRock continue trading with some funds.

House Financial Services Committee Chairman Jeb Hensarling and Senate Majority Leader Mitch McConnell have agreed to consider additional financial deregulation measures later this year. Hensarling, who is leaving Congress at the end of 2018, has identified more than two dozen House-passed measures that he would like to see considered. But there’s no sign that Senate Democrats — whose votes are needed for passage — will get on board.