As an Ebola Outbreak Threatens to Spread Even Wider, A New Vaccine Gives Hope 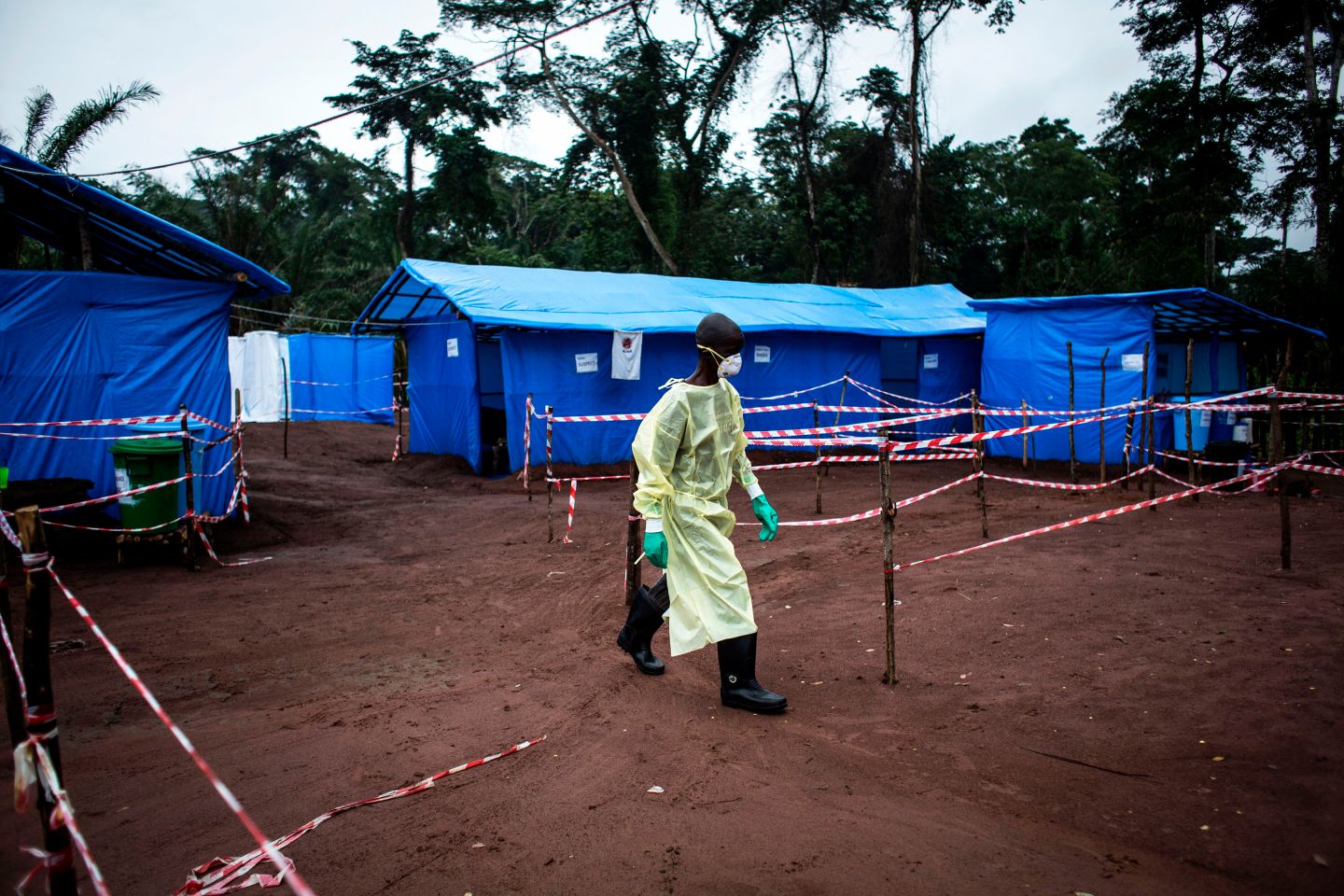 TOPSHOT - A health worker walks at an Ebola quarantine unit on June 13, 2017 in Muma, after a case of Ebola was confirmed in the village. Two cases of the Ebola virus have been confirmed in a laboratory while 18 others are suspected in the remote Bas-Uele province, an equatorial forest zone near the Central African Republic. It is the first outbreak of Ebola, which spreads by contact with bodily fluids, since the west Africa epidemic that ended in January last year after killing more than 11,300 people and sickening nearly 29,000. / AFP PHOTO / JOHN WESSELS (Photo credit should read JOHN WESSELS/AFP/Getty Images)
John Wessels—AFP/Getty Images

The World Health Organization has raised the threat level for an outbreak of Ebola in the Democratic Republic of the Congo after additional suspected cases of the disease were identified in Mbandaka, a Congo River port city with over a million residents. Mbandaka, importantly, also serves as a hub for traffic across equatorial Africa—a region where national borders can be especially “porous,” making the risk of international spread all the greater, says an emergency committee of the WHO.

The new suspected cases of the disease follow the reports of 45 others and 25 deaths across the country since April 4. Fourteen of those cases were confirmed as Ebola, according to the global health organization, which now assesses the risk of much wider spread in the region to be “very high,” the agency’s second-highest threat level.

The WHO now says nine countries neighboring Congo are “at high risk of spread.”

In what could be a milestone of progress—and I emphasize “could be”—the threat of outbreak will be met this time with a new weapon, a vaccine that has been demonstrated in at least some human trials to have “high protective efficacy and effectiveness to prevent Ebola virus disease.” The Merck vaccine rVSV-ZEBOV, developed at the Public Health Agency of Canada’s National Microbiology Laboratory, was tested in several thousand people who were either contacts or “contacts of contacts” of individuals with confirmed Ebola virus disease after a 2015-16 outbreak in Guinea, West Africa. None of those vaccinated developed the disease after 10 days, even as 16 people in the unvaccinated comparator group did, according to a report in the Lancet. It remains unclear how long that apparent protective effect will last, though evidence suggests than antibodies to the disease in vaccinated individuals can last two years or more.

At least a few researchers have suggested that there should be a question mark on this recent study, despite the large number of people tested. But public health officials are moving forward with what they call a “ring vaccination.” The WHO tweeted out on Wednesday that “A first batch of 4000 #Ebola vaccine doses” had just arrived in Kinshasa, the Congo’s capital city.

We will see soon enough if we’ve reached a turning point in one of the greatest public health challenges around.