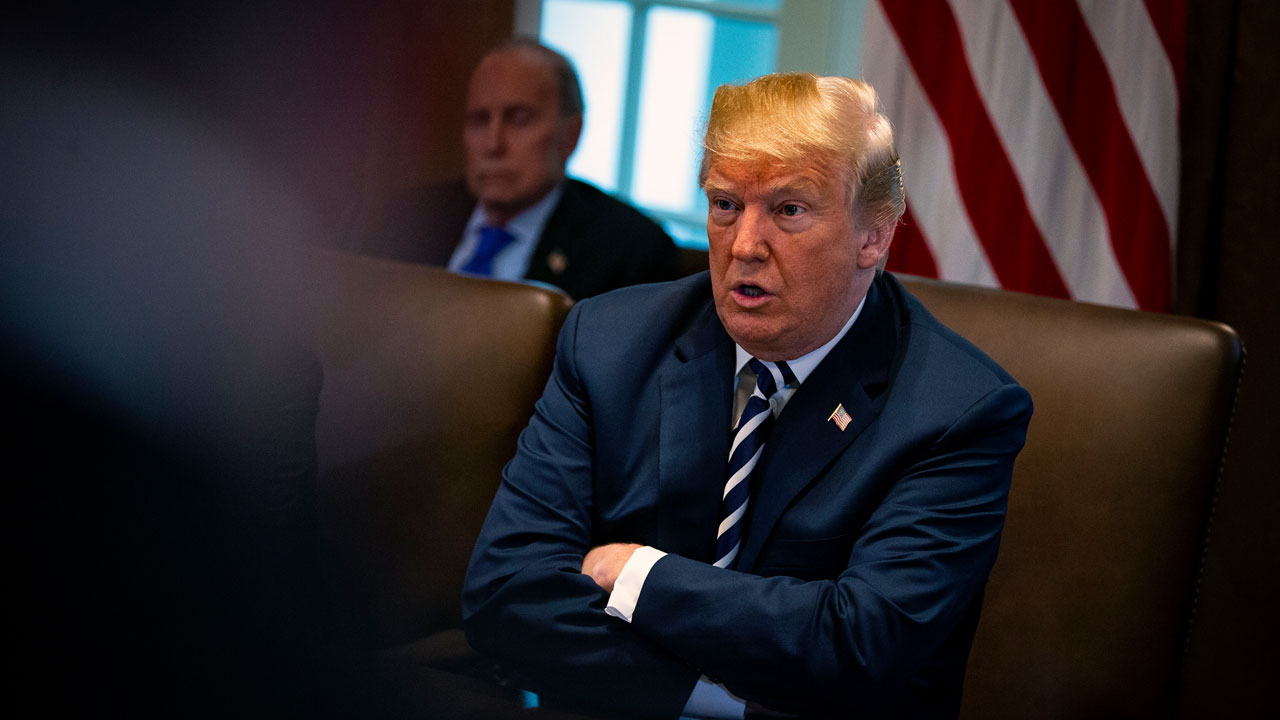 President Donald Trump personally urged U.S. Postmaster General Megan Brennan to double the shipping rates for Amazon and other companies, according to a Washington Post report.

Brennan has not complied with these demands, citing preexisting contracts and the need for regulatory review, the report said. The Post said it spoke to three people with knowledge of the conversations, which took place both this year and in 2017.

On several occasions, Trump has complained on Twitter about Amazon and its relationship with the U.S. Postal Service, which delivers around 40% of Amazon packages during the final leg of their travel, according to the report. Critics say Trump’s real goal is to retaliate against Amazon’s CEO Jeff Bezos, who also owns the Washington Post, which the president has accused of being against him.

I am right about Amazon costing the United States Post Office massive amounts of money for being their Delivery Boy. Amazon should pay these costs (plus) and not have them bourne by the American Taxpayer. Many billions of dollars. P.O. leaders don’t have a clue (or do they?)!

While we are on the subject, it is reported that the U.S. Post Office will lose $1.50 on average for each package it delivers for Amazon. That amounts to Billions of Dollars. The Failing N.Y. Times reports that “the size of the company’s lobbying staff has ballooned,” and that…

…does not include the Fake Washington Post, which is used as a “lobbyist” and should so REGISTER. If the P.O. “increased its parcel rates, Amazon’s shipping costs would rise by $2.6 Billion.” This Post Office scam must stop. Amazon must pay real costs (and taxes) now!

The Postal Service has called the relationship with Amazon mutually beneficial, according to the Post, and says it has similar arrangements with other companies. While the USPS still loses money overall, its package delivery profits grew 11.8% in the 2017 fiscal year, according to news site Vox. (Vox also notes that a decline in first class mail sent, along with higher labor costs and the price of health and retirement benefits are adding to the USPS’s financial losses.)

The Postal Service is legally barred from charging shippers less than what it costs to deliver a parcel. However, it’s not required to factor in costs like retiree benefits (a major Postal Service expenditure) into those prices.

According to Bloomberg, Amazon’s deal with the Postal Service saves it around $2.6 billion annually, compared to what it would have to pay by using UPS or FedEx.

And some, like the president’s campaign manager Brad Parscale, have complained that the U.S. government is subsidizing Amazon through low USPS rates.

In April, President Trump ordered a commission led by Treasury Secretary Steven Mnuchin to examine the Postal Service’s finances and “the expansion and pricing of the package delivery market and the USPS’s role in competitive markets.”