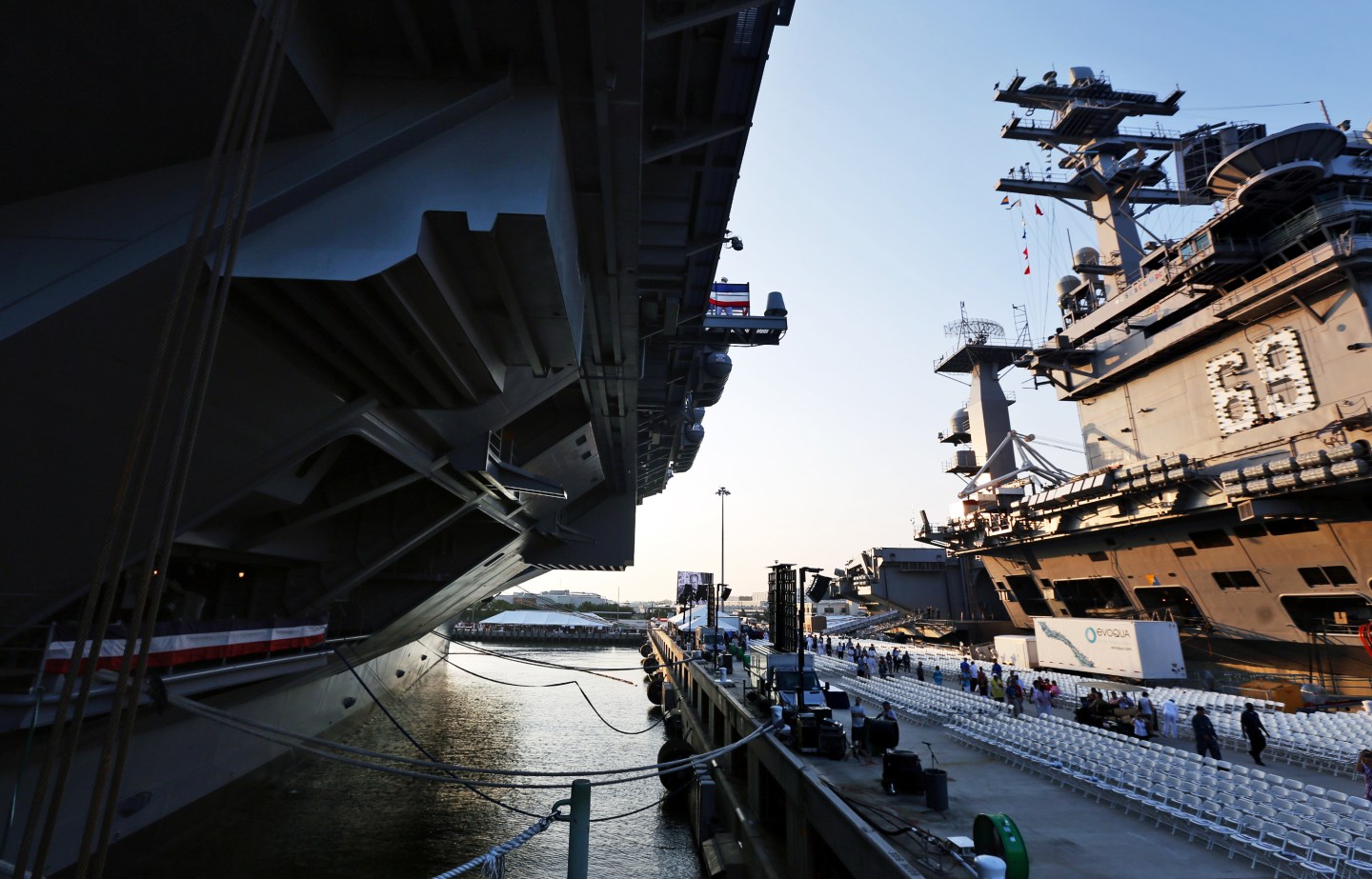 The Navy’s costliest vessel ever just got pricer, breaching a $12.9 billion cap set by Congress by $120 million, the service told lawmakers this week.

The extra money for the U.S.S. Gerald R. Ford built by Huntington Ingalls Industries Inc. is needed to replace faulty propulsion components damaged in a January failure, extend the vessel’s post-delivery repair phase to 12 months from the original eight months and correct deficiencies with the “Advanced Weapons Elevators” used to move munitions from deep in the ship to the deck.

The elevators on the ship, designated CVN 78, need to be fixed “to preclude any effect on the safety of the ship and personnel,” the Naval Sea Systems Command said in a statement to Bloomberg News on Friday. “Once the adjustment is executed, the cost for CVN 78 will stand at $13.027” billion, the Navy said.

In addition to informing Congress that the spending lid has been breached, the Navy will have to let lawmakers know how it will shift funds to make up the difference.

Navy officials didn’t disclose the propulsion failure or elevator problems during budget hearings before Congress in recent weeks, and House and Senate lawmakers didn’t ask about it. The Navy is seeking approval in the fiscal 2019 defense request to accelerate purchase of the fourth carrier in the new Ford class by bundling it into a contract with the third. It expects to request congressional support over the next few months for what’s now an estimated $58 billion program.

The Ford’s propulsion system and elevator flaws are separate from reliability issues on its troubled aircraft launch and recovery systems.

After its delivery last May, the ship operated for 70 days and completed 747 shipboard aircraft launches and recoveries, exceeding the goal of about 400, the Navy said.

None of the 11 weapons elevators are operational but at least two are being used for testing “to identify many of the remaining developmental issues for this first-of-class system,” the Navy has said. The command said all 11 elevators “should have been complete and delivered with the ship delivery” in May 2017.