How Relying on Oil Makes Us More Vulnerable to Cyberattacks 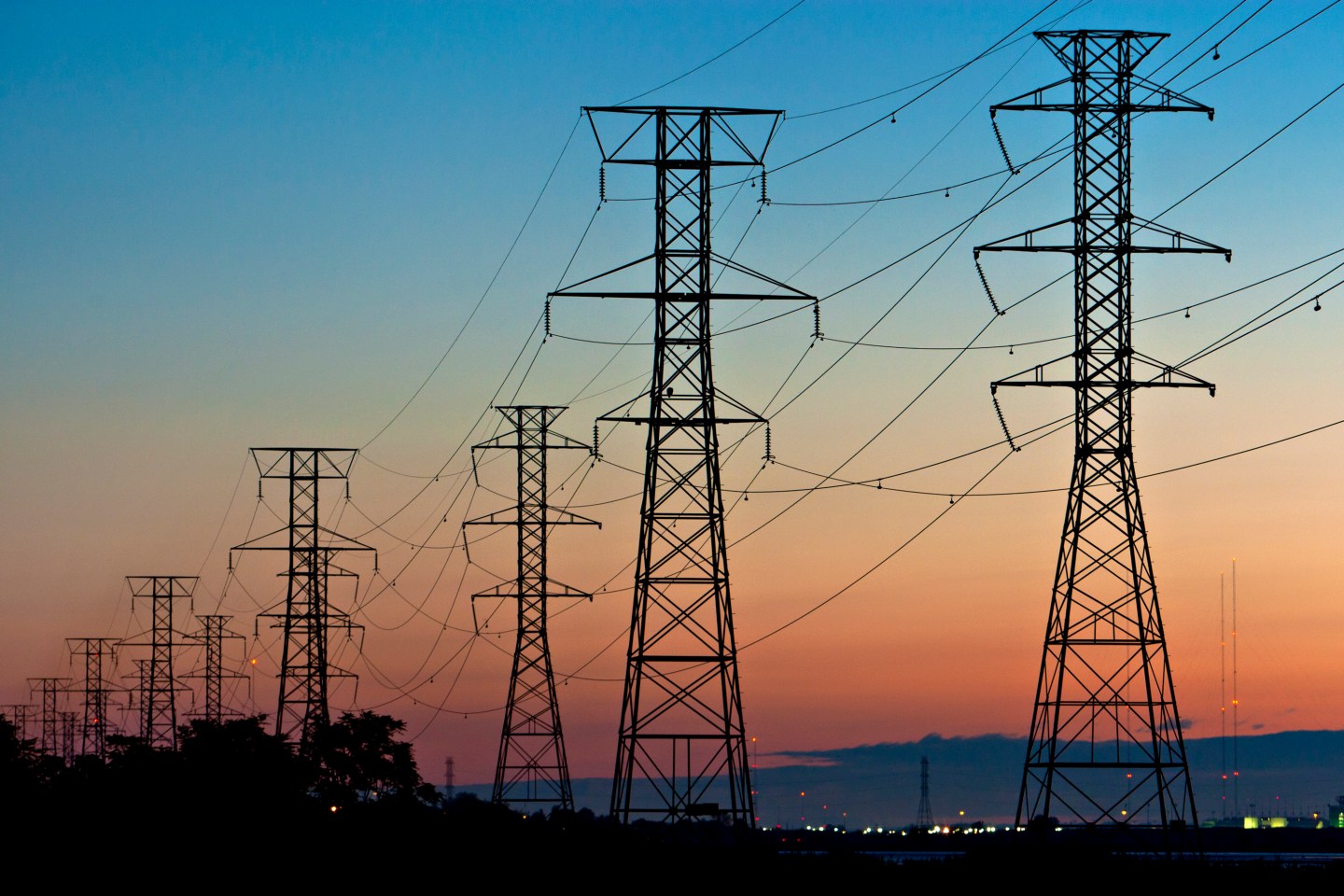 Power transmission lines are suspended from electricity pylons in Kearny, New Jersey, U.S., on Thursday, Aug. 26, 2010. U.S. electrical output rose 6.2 percent to 94,254 gigawatthours from a year earlier during the week ending Aug. 14. About 45 percent of U.S. electricity will come from coal plants and 22 percent from natural gas power facilities this year, according to the Energy Department. Photographer: Steve Hockstein/Bloomberg via Getty Images
Bloomberg Bloomberg via Getty Images

What’s the difference between a major American city and a wartorn country? Besides the matters of development, peace, and affluence, unobstructed access to resources may come to mind. The contrast is stark, but an American city could become like a war zone quicker than you’d imagine. All it would take is a successfully hacked electrical grid.

This type of event may seem inconceivable, but the concern is grounded in a painfully real threat that is only mounting in severity. According to U.S. officials, Russian hackers have targeted the U.S. energy grid as part of ongoing operations to penetrate our economy. “Since at least March 2016, Russian government cyber actors … targeted government entities and multiple U.S. critical infrastructure sectors, including the energy, nuclear, commercial facilities, water, aviation, and critical manufacturing sectors,” according to an alert issued by the Department of Homeland Security and the FBI.

According to Energy Secretary Rick Perry, these cyberattacks are “literally happening hundreds of thousands of times a day.” Bloomberg reports the group responsible has been known to breach systems to gather information that would allow “for a more advanced wave of attacks targeting industrial control systems that, if disabled, leave millions without power or water.”

That’s not to mention the extraordinary financial burden such an incident would create. According to a report by Lloyd’s and the University of Cambridge’s Centre for Risk Studies, a major attack on the U.S. electric grid could quickly cost the economy between $243 billion and $1 trillion dollars, which is equivalent to 40 to 50 major hurricanes.

When critical infrastructure is vulnerable to foreign influence, as it clearly is, better protection is not an option, but an imperative. But what is the bigger picture? Cyber attacks are only becoming more advanced and security is not keeping up. According to GovTech, “CEOs, CIOs, and CISOs pay billions for cybersecurity solutions only to discover that, at best, these technologies solely help in gathering information after an attack rather than stopping the attack from occurring.” Some call this approach “patch and pray,” a term that speaks soberly to the system’s inadequacies. We need a more proactive approach, and yet we’re still reliant on largely post-factum solutions.

At the same time, the electrical grid is becoming less reliable and less prudent—and not just because of vulnerability to hacking. As innovation spurs the development of renewable energy in America, consumers have more choice in how they power their lives than ever before. The rise of distributed energy sources (DES) like solar panels, home batteries, and electric vehicles has some questioning whether we ought to reimagine the grid all together.

Renewable energy’s implications for national security would be extraordinarily beneficial. Advanced battery power, for instance, could take homes off the grid, blunting the potential harm of cyber attacks and minimizing risks to America’s security. Renewable energy would also reduce our dependence on foreign energy sources: a boon to America’s economic and geopolitical stability.

Would it be better to become energy independent and secure through renewable energy, or stay embroiled in conflict overseas due to oil dependency? The answer seems clear, and though there are sure to be skeptics, experts on both sides of the political aisle have seen the metaphorical light.

According to a military advisory board, America’s reliance on foreign sources of oil constitute a “national vulnerability” for the economy as well as our armed forces, both of which depend on fossil fuels. The volatility of oil prices can negatively impact security, causing groups such as the Young Conservatives for Energy Reform to push for greater energy independence through renewable energy sources.

Renewables that decentralize energy consumption would decrease reliance on a grid that is outdated and increasingly unstable. The U.S. military is already transitioning to renewable power to prevent blackouts at its bases, and the logic of their shift applies on a grander scale.

Microgrids have risen to the forefront of the conversation as an attractive alternative to the traditional power grid. Microgrids are smart, efficient, self-contained power systems fueled primarily by renewable energy to serve one or more nearby buildings—most commonly hospitals, military bases, and other critical facilities. Because they’re local and can operate even when the main grid is down, they are far less susceptible to attacks like those attempted by Russia, in addition to outages caused by bad weather.

According to Boston’s NPR news station WBUR, “Advocates say the microgrid transformation of our electric infrastructure would make it more resilient to cyberattacks…and better able to handle electricity generated by renewable resources, such as wind and solar.” All signs point to decentralization for improved security, and renewable energy as the facilitator of this shift.

I would not be surprised if the grid as we know it goes the way of the horse and buggy before long, and I hope it does for the sake of our national security. There’s no reason to cling to relics of the past when innovation is a hallmark of our national identity. Politicians, citizens, and companies that support this shift will be on the brighter side of history, instead of left in the shadows.

Nathan Sproul is the founder and managing director of Lincoln Strategy Group.