Study: Over 800 West Hollywood Buildings Could Be Damaged in an L.A. Earthquake 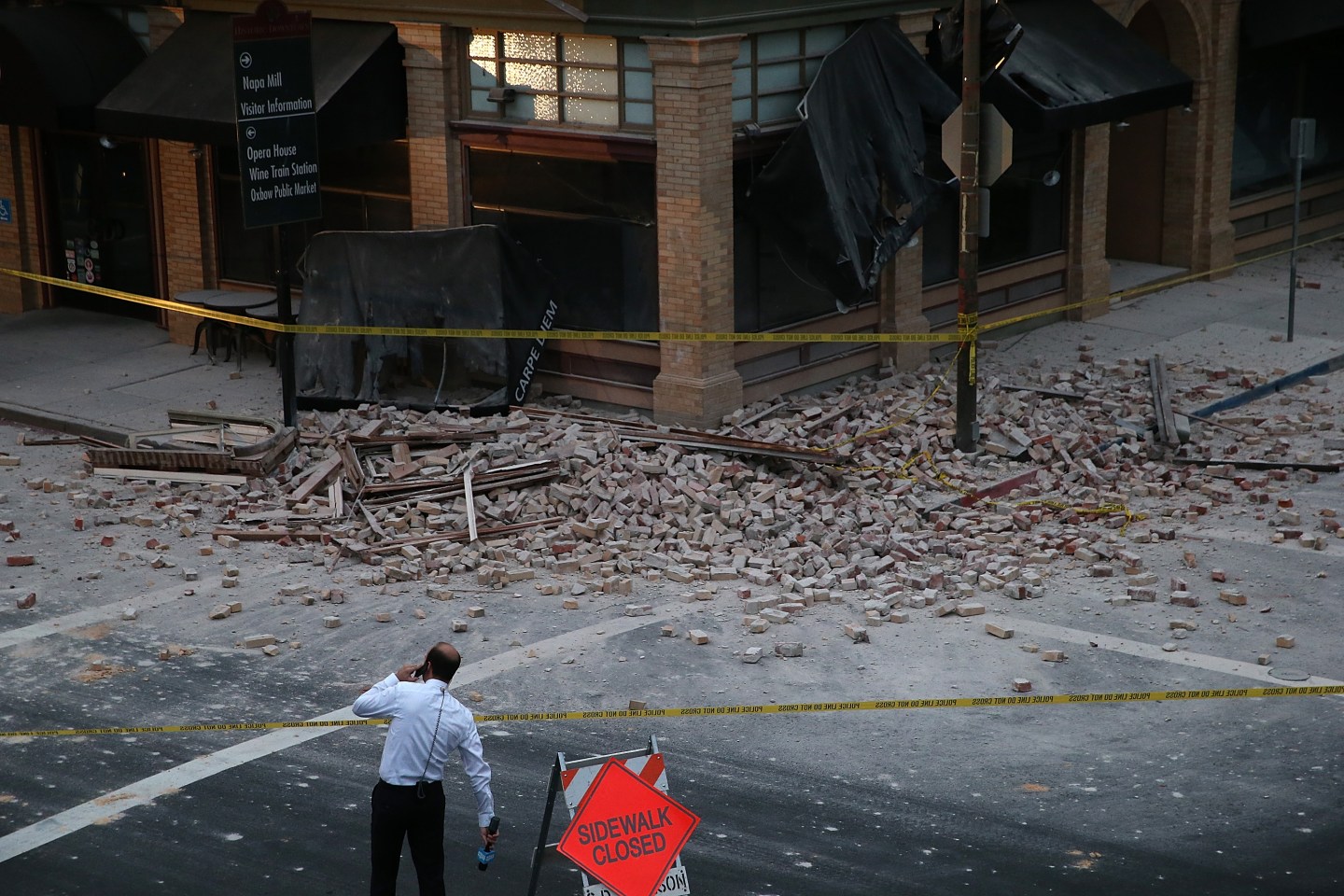 NAPA, CA - AUGUST 24: A reporter surveys the scene of a building collapse following a reported 6.0 earthquake on August 24, 2014 in Napa, California. A 6.0 earthquake rocked the San Francisco Bay Area shortly after 3:00 am on Sunday morning causing damage to buildings and sending at least 70 people to a hospital with non-life threatening injuries. (Photo by Justin Sullivan/Getty Images)
Photograph by Justin Sullivan — Getty Images

While the concern over a major earthquake is a day-to-day affair for Californians, residents of West Hollywood might be a little more nervous than usual after the city has cited more than 800 buildings that could be at risk of damage or collapse and may need to be retrofitted.

The survey is meant to identify buildings that might need to be strengthened before the next big quake. Officials stressed that inclusion on the list did not mean the buildings were unsafe.

A faultline runs along Hollywood’s Sunset Strip, which was part of the prompt for the study. Officials say they want to protect not only hotels and offices, but also the area’s rent-controlled affordable housing. (Most of the buildings identified are apartments with carports on the ground floor.) West Hollywood’s action comes two years after building inspectors in Los Angeles said 13,500 buildings in that city needed earthquake-readiness retrofits.

“One good shaker without seismic reinforcements could bring many of those buildings into being red-tagged and having to be demolished — thus wiping out a good portion of our affordable housing stock,” Duran said. “To me, this is about infrastructure repair and maintenance. We could see a massive overturn of many of our longtime residents if our buildings are not retrofitted.”

Retrofits for wooden apartments (which make up 90% of the at-risk buildings) are expected to cost between $40,000 and $160,000. Concrete and steel buildings that need reinforcement could see costs of $50 to $100 per square foot. It’s unclear at this point if owners, tenants, or others will be responsible for the costs.

It won’t be an immediate fix, though. After the city sends notices, owners have five years to complete a retrofit of a wood-frame soft-story building. Concrete and steel buildings will have 20 years to complete the retrofit.