Pfizer Shares Deflate After Another Quarter Without a Big Transaction 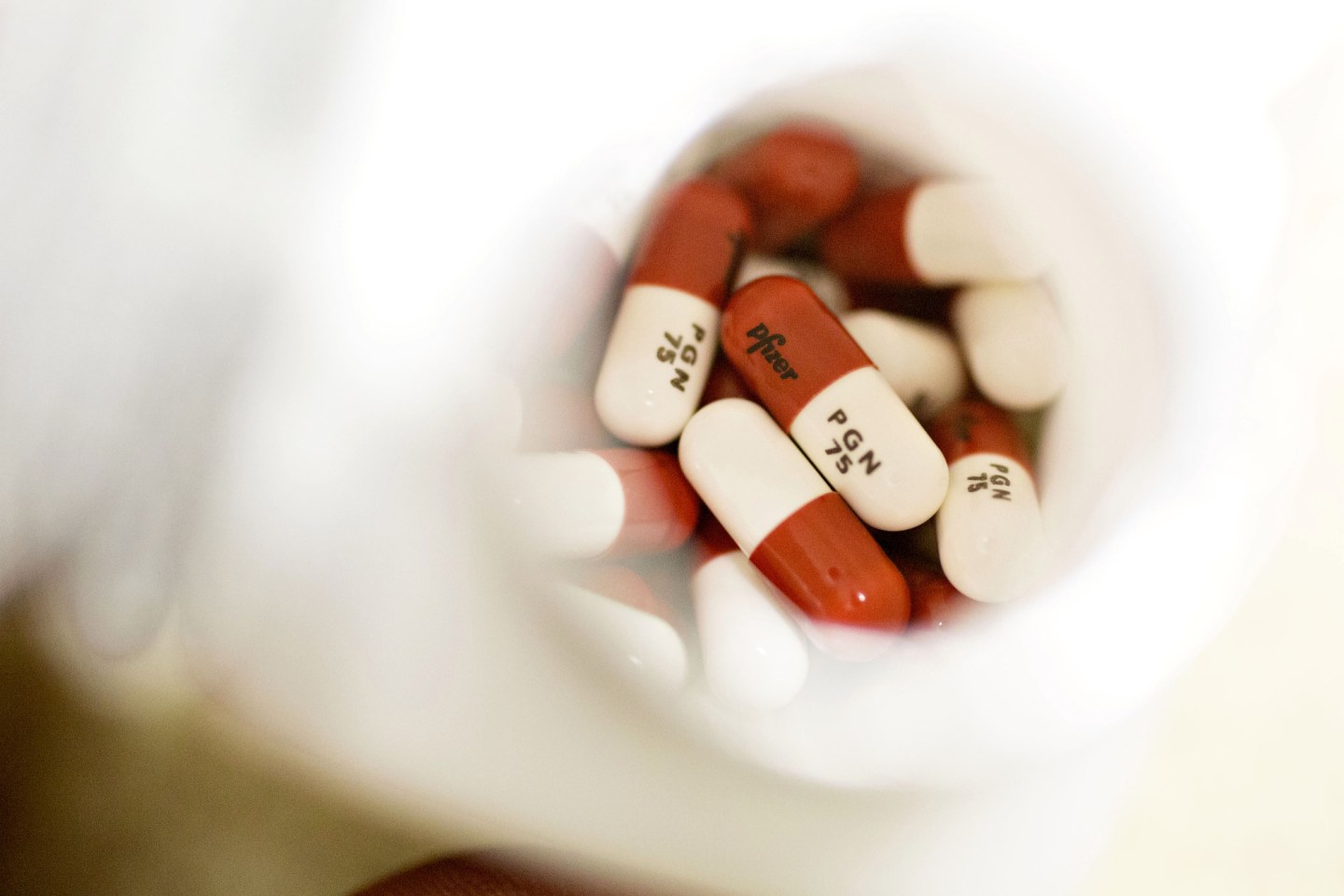 Pfizer (PFE) reported another quarter of sluggish sales, increasing pressure on the drugmaker to make a deal and replenish its pipeline.

The New York-based company said Tuesday it still expects to make a decision on the future of its consumer-health unit during the year. Investors have been anxious about getting an update on the business, which was valued at $20 billion. Its fate has been unclear since March when two potential buyers pulled out of the bidding process. Pfizer began reviewing the business, whose products include Advil and heartburn reliever Nexium, in October.

Revenue overall rose just 1% to $12.9 billion last quarter, lower than the $13.1 billion projected by analysts. Unlike most of its large-pharmaceuticals peers, Pfizer didn’t raise its outlook for the year.

The quarter was dragged down by a 5% revenue decline from Pfizer’s division of older drugs, partly due to a 12% drop in sales for sterile injectible drugs tied to its Hospira product shortages.

The innovative health segment, which includes the newest drugs, was the bright spot, with 6% sales growth from a year earlier. Blood thinner Eliquis sales came in higher than expected, while its Prevnar vaccine franchise was in line with estimates after a 22% jump in sales outside the U.S. The company said it benefited from the drug’s inclusion in national immunization programs in some emerging markets.

Revenue from the consumer unit under review, which is part the innovative segment, gained 7%.

First-quarter earnings per share were 77 cents, excluding some items, Pfizer said in a statement, compared with the 75-cents average of estimates surveyed by Bloomberg.

Pfizer has faced pressure from investors to make deals and expand its pipeline of research. A proposed $160 billion merger with Allergan (AGN) was scrapped after the Obama administration cracked down on so-called inversion deals. Pfizer also attempted a $120 billion deal with British drugmaker AstraZeneca (AZNCF).