How To Be a Conscious Capitalist, According to Deval Patrick 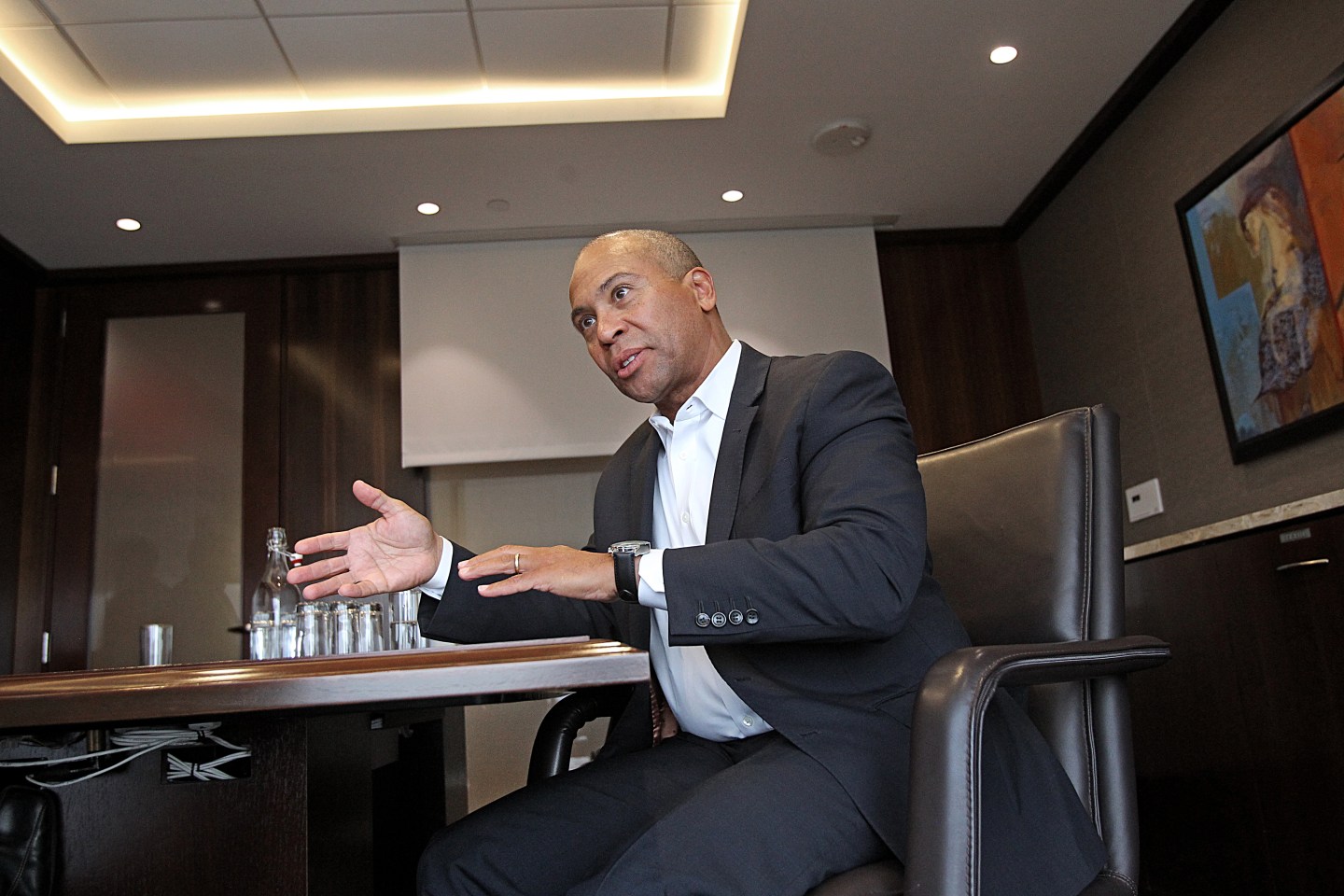 “The woke need to make room for the still waking.”

This was the poignant insight offered by former Governor Deval Patrick yesterday at the Conscious Capitalism conference in Dallas, the annual convening of people who believe that business does well when it creates human value.

We were there, in part, to talk about his work as a managing director of Bain Capital’s Double Impact business, a fund with more than $350 million in committed capital which invests in promising middle-market companies that also have measurable returns in environmental sustainability, health, or community building. (I’ll post a link when it’s available.) “The community building is the tough one,” he says.

He talked about his “improbable life” on stage – and in an excellent memoir, see below. And it does sound improbable: Raised in poverty and on welfare by a single mother on Chicago’s South Side, a surprising journey from violent public schools to Harvard, to his work as a civil rights and corporate lawyer, to becoming the first African American governor in the history of the Commonwealth of Massachusetts.

But he framed his own success as more than a lucky confluence of talent and hard work amplified by a well-crafted social intervention. He also sees his life as being immeasurably improved by a series of private acts of kindness that gave him a sense of community and hope.

He told a story about catching a Chicago Transit Authority bus as a fifteen-year-old, only to discover that the fare had changed and he didn’t have enough money. The grizzled bus driver listened to his sad tale, looked him up and down and decided he was telling the truth and worth the investment. He gave him the ride. “Just pass it on, son. Pass it on.”

It’s a bigger ask than it sounds, at least for some.

Contrast Patrick’s story with Brennan Walker’s, the Rochester Hills, Mich. fourteen-year-old who was recently shot at by a homeowner for asking directions. Or fifteen-year-old Devonte Hart, who became the literal face of post-Ferguson racial reconciliation, only to have his pleas to be rescued from abusive adoptive parents ignored. Only one of the two boys still has a chance to become a governor someday.

But listening to and seeing the truth and potential of other people is the tough work of community building. Creating jobs, removing barriers, and advocating for change, like the long-awaited trauma center which opens today in Chicago’s South Side, often takes years of slow awakening, particularly for people in positions of authority and power.

But it’s also the tough work of being a good citizen and decent human being.

Which is why Patrick’s advice resonated with the conscious capitalist crowd. It takes time to learn to see. We all will make serious mistakes. But making space for others to grow is one of the most important acts of kindness we can offer in this work. “The woke need to make room for the still waking,” he says, because we’re all still waking up to some degree. “We all need that grace.”

A “trendy” new office perk will do more to diversify companies than any foosball table ever couldA growing number of Bay Area-based companies are rolling out programs that will contribute to the student loan payments of eligible employees, a serious perk in an area with sky-high home and rental prices. While many companies already contribute to retirement schemes like 401(k)s, student loan debt is often the more pressing issue. “Forget saving for retirement, if you’re struggling on a daily basis with paying off the debt,” Scott Thompson, CEO at San Mateo-based student loan repayment startup Tuition.io tells The Mercury News. Coupa Software, Nvidia, Chegg and Hewlett-Packard are among the companies offering the incentive. The impact, if adopted could be significant: Bay Area employees with student debt will need 27 years to save for a home, compared to 12 for those without.The Mercury News

I never, with my eyes, saw the mistreatment of any black person. Not once. Where we lived was all farmers. The blacks worked for the farmers. I hoed cotton with them. I’m with the blacks, because we’re white trash. We’re going across the field.... They’re singing and happy. I never heard one of them, one black person, say, ‘I tell you what: These doggone white people’—not a word!... Pre-entitlement, pre-welfare, you say: Were they happy? They were godly; they were happy; no one was singing the blues.Duck Dynasty star Phil Robertson