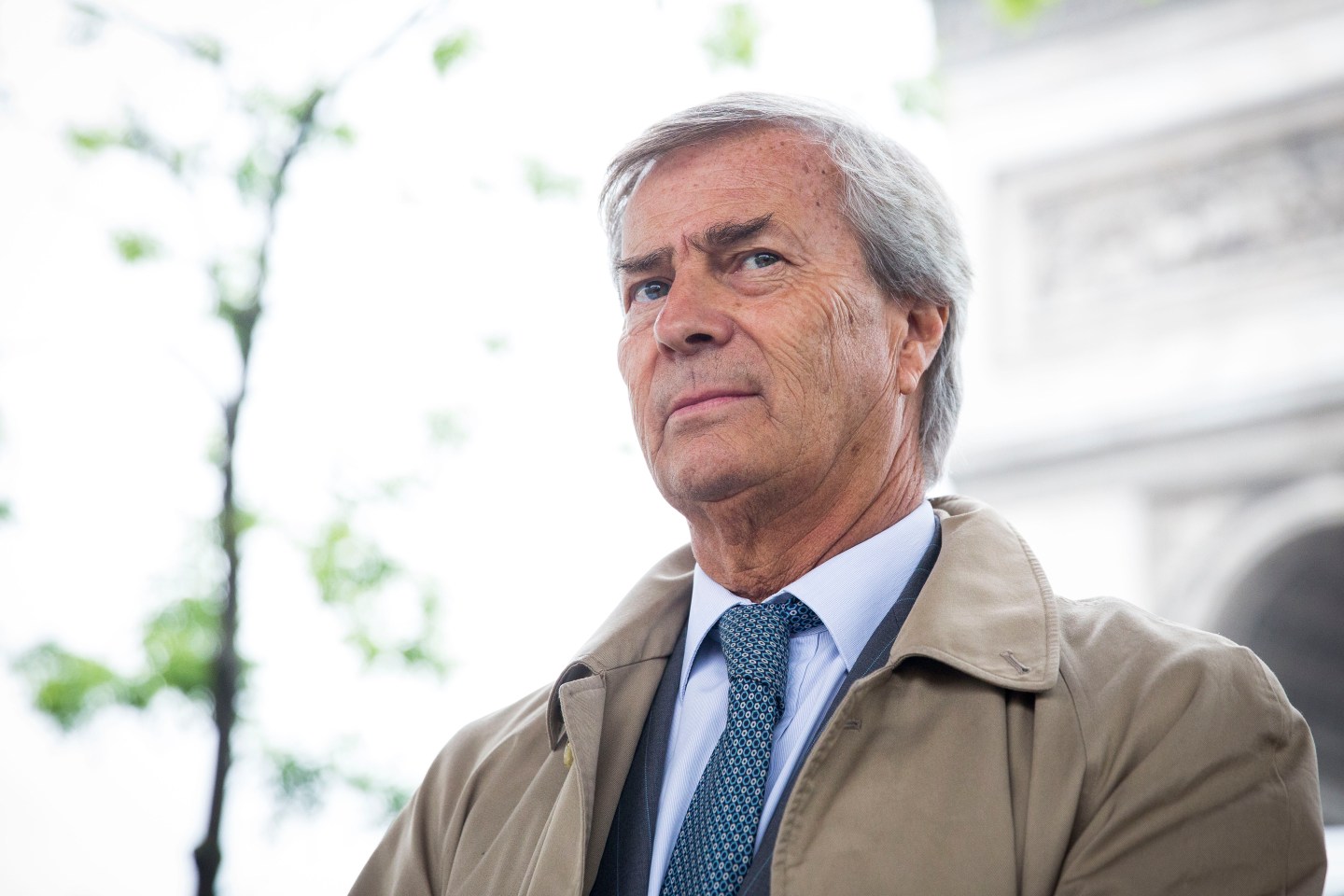 Vincent Bollore, CEO of Bollore, the transport and international logistics group, attends the RATP inauguration of the first 100% electric bus line on May 30, 2016 in Paris, France. The line 341 of the new 100% electric Bluebus RATP, made by the Bollore Group, connects the Porte de Clignancourt to Charles de Gaulle-Etoile.
Christophe Morin—IP3 Getty Images

Billionaire Vincent Bollore was charged by French investigators as part of a probe into the possible use of bribes in two African countries to obtain port contracts from public officials, according to a statement from his company.

The case focuses on suspicions of foul play when Bollore SA was awarded contracts to operate container terminals in Lome, Togo, and Conakry, Guinea.

Bollore “remains presumed innocent” as the investigation continues, according to the statement. In France, charges are announced prior to any decision on whether to refer the case to trial and can be dropped later. Being charged will now allow his defense team to have access to the case files, which they haven’t seen so far, and “have the opportunity to answer these unfounded accusations,” according to the statement.

Investigating judges suspect that managers of Bollore SA used advertising company Havas to facilitate the election of Alpha Conde in Guinea and Faure Gnassingbe in Togo nearly a decade ago by providing communications advice at a discount price, according to a person with knowledge of the case. At the time of the events in 2010, Bollore was Havas’s controlling shareholder.

The chief executive voluntarily went to police on Tuesday and was held for questioning. The charges are a sign that French authorities are stepping up their prosecution of international corruption cases. Investigators have other big-ticket cases in the pipeline. They are probing Societe Generale SA over allegations of bribery related to the bank’s work with the Libyan Investment Authority, while Airbus SE reportedly risks a fine in excess of $1 billion in a case also run by U.K. watchdogs.

Bollore leads a company with a market value of $14.7 billion that has a near-monopoly on ports in West and Central Africa, holding concessions to operate container terminals in 15 nations. The company also runs 25 dry ports including in landlocked nations such as Burkina Faso and Chad. The group’s market share in Africa is about 13 percent, according to the company’s website. The 66-year-old is also the biggest shareholder in Vivendi SA.

In France, investigative judges can decide to charge companies or individuals in a procedure known as “mise en examen” when there is “serious and consistent” evidence showing likely involvement in the matter under investigation.