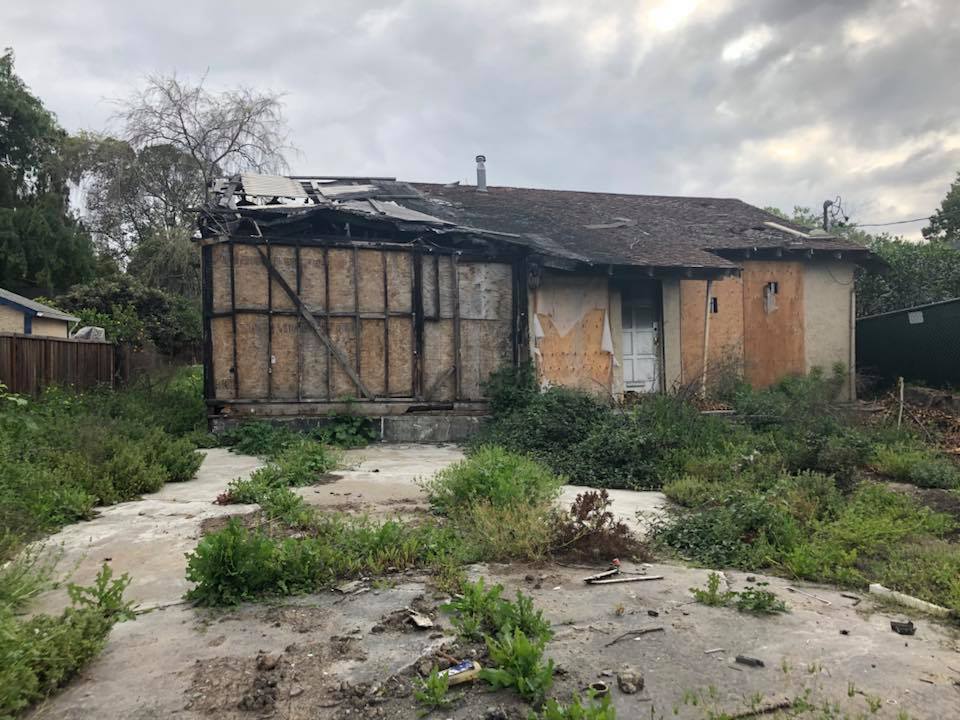 The owners of an abandoned, fire-destroyed home in San Jose are asking $800,000 for the house and surrounding 5,800 square foot lot. Holly Barr
Holly Barr

It’s no secret that real estate prices in Silicon Valley are ridiculously high, but a new listing in San Jose is pushing the limits.

The owners of an abandoned, fire-destroyed home located at 1375 Bird Ave. are asking $800,000 for the house and surrounding 5,800 square foot lot. The home and lot combination are described on the realtor’s Facebook page as a “great opportunity to build your dream home!”

As you might have guessed, it’s all about location. While this particular “home” isn’t near Apple’s recently opened spaceship campus (where a two-bedroom, one-bath home recently set a Bay Area record for price per square foot), it’s close to the proposed Google Village, an area where the company plans to build new offices, stores, and research facilities.

Holly Barr, who’s handling the sale, tells KTVU she received inquiries within hours of posting the house and expects it to sell within days—possibly with a bidding war. (She has not yet listed it on MLS, the service real estate agents typically use to list houses.) A nearby home, she says, sold for $1.6 million—though, presumably, that one didn’t have fire damage. The average price of a single family home in Santa Clara County right now, for comparison, is $1.4 million.

Incredibly, even though the house was consumed by fire more than two years ago, and is uninhabitable as it currently stands, it might be cheaper for whoever buys the house to renovate it, rather than tear it down and start from scratch, say local realtors.

Incredibly, this isn’t the first burned out home in the area to capture that price. Last year, a house in San Francisco’s Bernal Heights area sold for $700,000. That was $100,000 short of its asking price, though Redfin estimates that shell of a home, if it were on the market today, would be worth $868,464.