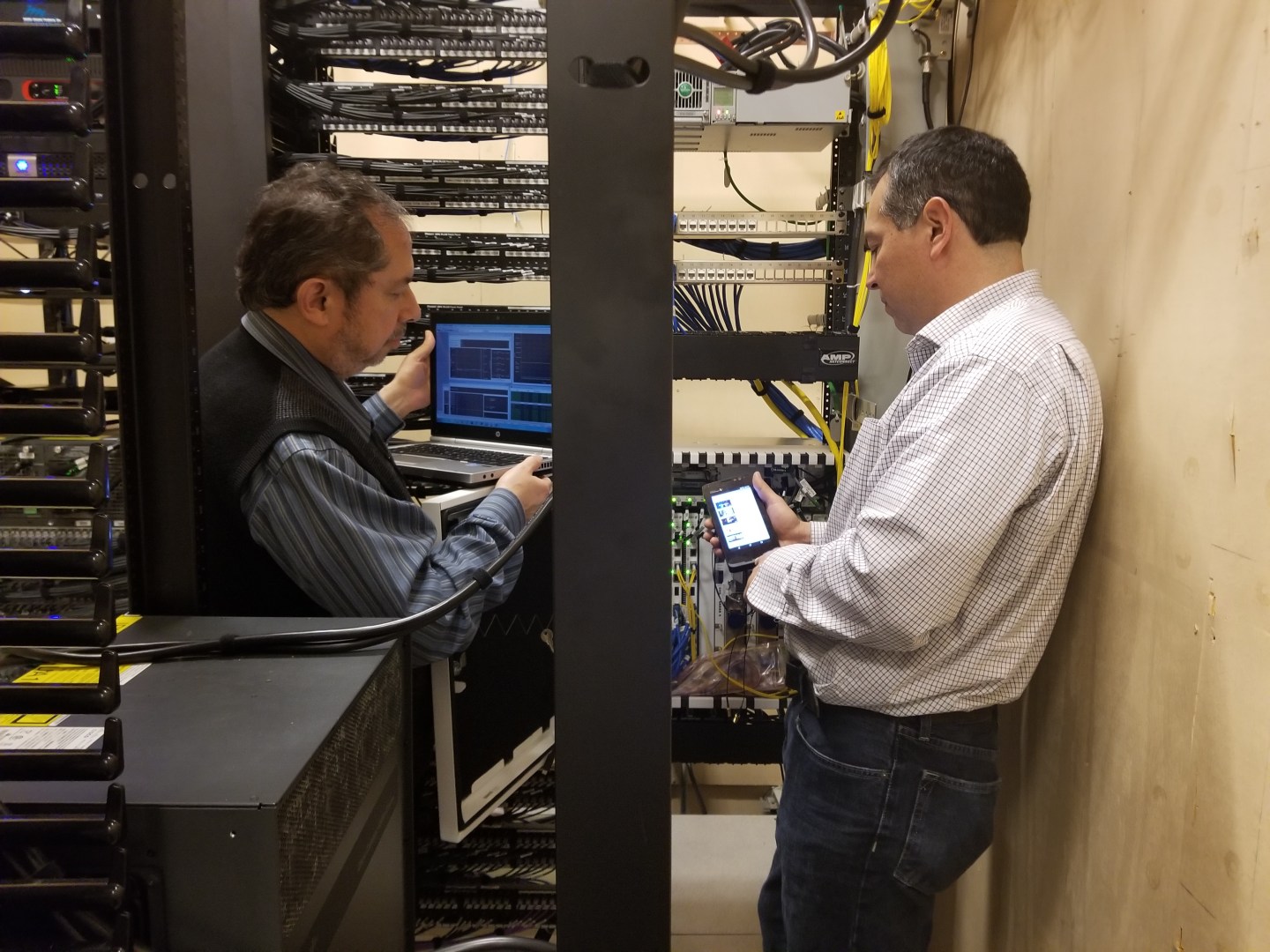 Engineers from Verizon and some of its top tech suppliers have been huddling in a small room at the carrier’s test facility in Irving, Texas, for the past few weeks staring at results pouring in on their laptops. At stake is one of Verizon’s big bets to alleviate a coming spectrum crunch that could slow its wireless network in many parts of the country

After opting out of last year’s federal airwave auction in the 600 MHz band, Verizon is looking for other ways to offer customers more bandwidth. The Irving test is focused on a new segment of airwaves being opened to the wireless market in the 3.5 GHz band and known as Citizens Broadband Radio Service, or CBRS for short.

The band has been reserved largely for use by the U.S. Navy, but relatively inefficiently given how few ships are on patrol in, say, Iowa or Arizona. So over the past few years, regulators at the Federal Communications Commission developed a unique plan to let wireless carriers get in on the band without having to kick the Navy out.

Now Verizon (VZ) is testing just how well the plan works. The basic idea is that instead of dedicating particular airwaves for just one licensed user, the typical model in the wireless market, an automated management system will oversee the spectrum in real time and dole out assignments to prevent users from interfering with each other’s broadcasts. A network of sensors along the coasts will detect when naval users are active and grant them top priority access.

So far, “the test results have been very positive,” Bill Stone, vice president of technology development and planning at Verizon, tells Fortune.

Verizon has the most customers of any U.S. wireless carrier, but it has less 4G spectrum than AT&T (T) or Sprint (S). Analysts are worried that the spread of unlimited data plans last year could eventually overwhelm the carrier’s capacity to meet all the customer demand for watching Netflix (NFLX) movies, uploading Snapchat (SNAP) stories, and listening to Spotify (SPOT) playlists. To increase its network capacity, Verizon is building thousands of new, smaller cell sites, adding technologies like carrier aggregation to its phones and looking to the CBRS band. All of that comes before Verizon and its competitors spend the tens of billions of dollars needed to move to the next generation of 5G networks that will be able to carry even more data.

“CBRS has real momentum but it won’t provide a solution for their need for more mid-band spectrum that can be deployed on existing macro towers,” says telecom analyst Walt Piecyk of BTIG Research. Most customers won’t have phones compatible with CBRS for years and the rate of building new small cells “is hardly enough to provide incremental capacity let alone enable 5G services,” Piecyk says. He’d like to see Verizon buy satellite TV provider Dish Network (DISH), which owns a significant chunk of spectrum licenses it’s not currently using, but that could cost $35 or $40 billion including debt.

The CBRS band could be used not just to enhance Verizon’s current mobile network, but also could be offered as a way for the carrier to run private wireless networks for large companies across a corporate campus or in a large factory, opening possible new revenue streams, according to Greg Dial, Verizon executive director for technology. “We’re betting big that this is going to be something significant for out customers,” Dial says. “It’s all about the use cases.”

Verizon won’t be able to deploy the CBRS capability in its network with simple software upgrades. The carrier will have to deploy new radio gear on its cell sites, but Stone says the required equipment is smaller, lighter and cheaper than what’s required for older bands.

Even with the addition of CBRS, new 5G bands coming online, and new mobile usage being allowed in the 5 GHz band where WiFi currently reigns, however, Stone still wants more airwaves. “This is a big step in the right direction,” he says of the multi-year regulatory effort to free up space for CBRS. “But even that is not enough. We’re going to work towards freeing up additional (airwaves).”