‘Not a Bad Hourly Rate.’ Russell Crowe Reels in Millions in 5 Hours With Divorce Auction 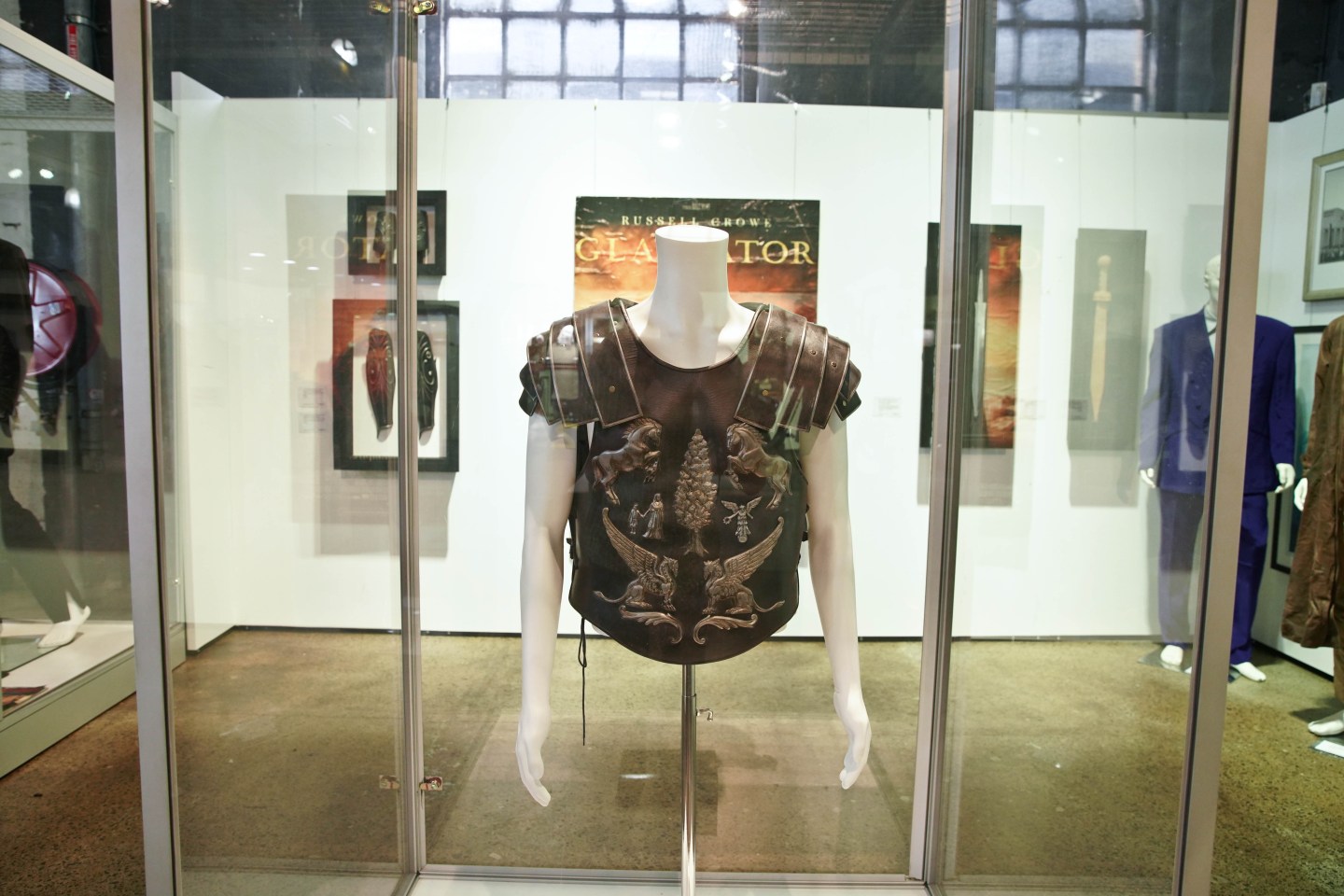 An auction of Russell Crowe’s personal memorabilia raked in millions for the actor on Saturday.

The auction, titled the “Art of Divorce” took place on April 7, the date of both Crowe’s birthday and his wedding anniversary.

Hence the theme of the event, which included 227 pieces of memorabilia from Crowe’s private collection that ranged from guitars and paintings to watches, movie props, and costumes.

This is so cool – @raylaurence1 is inspecting one of the Roman chariots from the film #Gladiator as well as the ‘cuirass’ worn by Russell Crowe in the film at the Sydney auction rooms. https://t.co/NH4FNglsb3
[images of auction items courtesy of @raylaurence1] pic.twitter.com/gzdQVmnBqQ

Items like a leather boxer’s protector worn by the actor during his portrayal of heavyweight champion James J. Braddock in Cinderella Man reeled in AU$7,000 (about $5,400), while the 128-year-old violin the actor played in Master and Commander brought in AU$125,000 (about $104,000), making it the highest price for the movie-related items on display at the auction.

The date of the auction, held by Sotheby’s Australia, falls on the anniversary of Crowe’s wedding to singer Danielle Spencer. The pair split in 2012 and finalized their divorce last year, with Crowe hosting the event as a way to get rid of items he no longer needed.

Those items brought him in an estimated AU$3.7 million (over $2.8 million), while potential sales of another AU$350,000 (about $270,000) were still under negotiation, the actor Tweeted after the five-hour auction.

The Art of Divorce

In case anyone is interested … $3.7m at the coal face and around $350k of conversations ongoing … and a bunch of stuff I didn’t really want to sell coming home … not a bad hourly rate for a 5 hour shift . Hope you are happy and busy