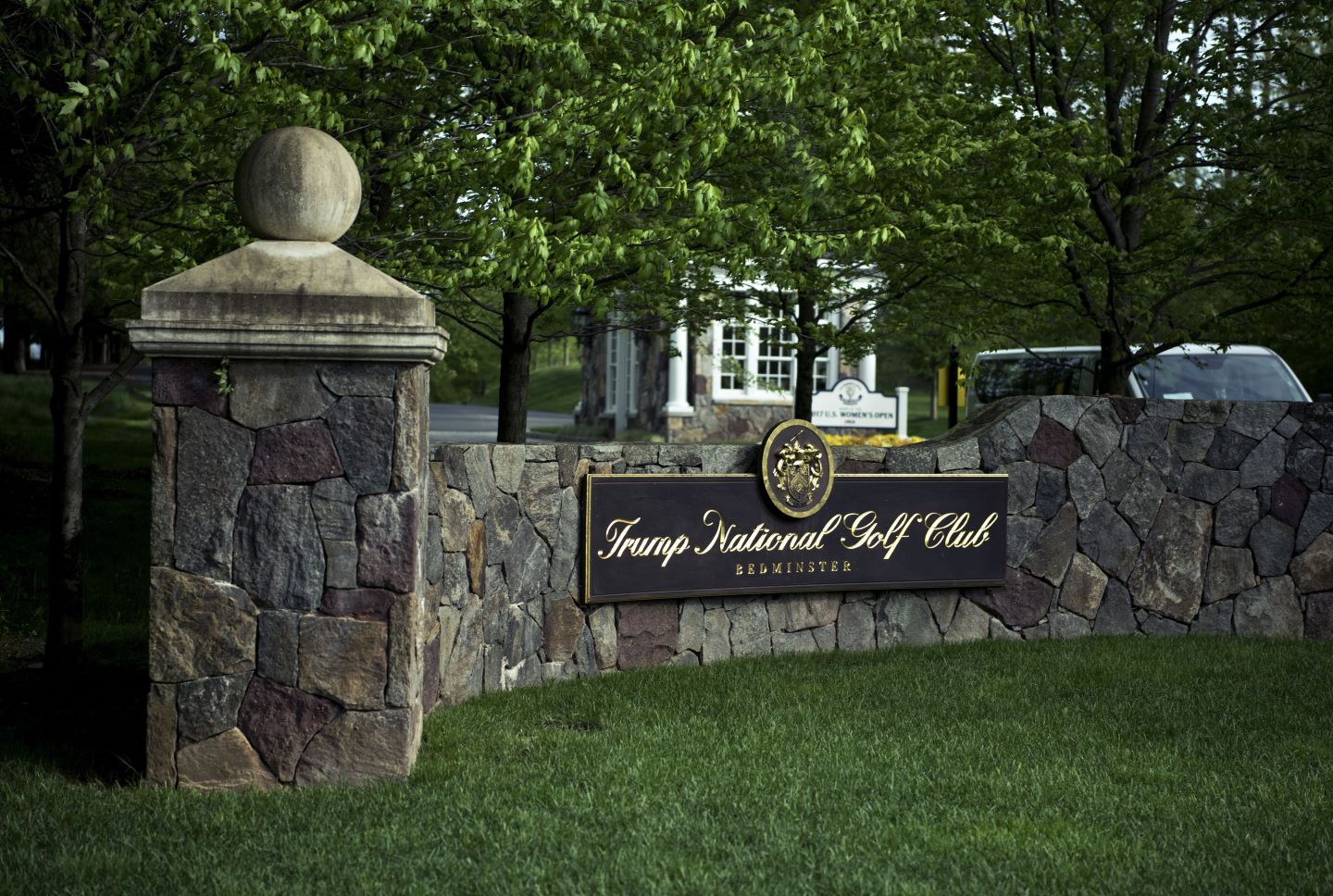 President Donald Trump took a few minutes off from his vacation to make sure wedding guests at his golf club were having fun.

On Saturday, Trump was spotted greeting the wedding party at his golf club in Bedminster Township, New Jersey, where he is currently spending his 17-day vacation.

“Everyone having a good time?” he asked, according to a video obtained by ABC News.

In the video, the president is seen in a relaxed outfit — khaki pants with a white shirt tucked in and his signature red “Make America Great Again” hat.

ABC News reported that the encounter took place at a wedding at the Trump National Golf Club.

The user who posted the video on Instagram — and subsequently took it down — declined to answer any questions from Fortune.

The president arrived at the golf course on Friday for the nearly three-week break from Washington. Trump, who was an outspoken critic of former President Barack Obama’s presidential vacations, faced backlash for taking time off. But on Saturday, he tweeted this was not a vacation, and said he would be holding meetings and taking calls.

Working in Bedminster, N.J., as long planned construction is being done at the White House. This is not a vacation – meetings and calls!

A White House official declined to comment on the images, according to the pool report.