Is Vogue’s Anna Wintour Next in the Mass Editor Exodus? 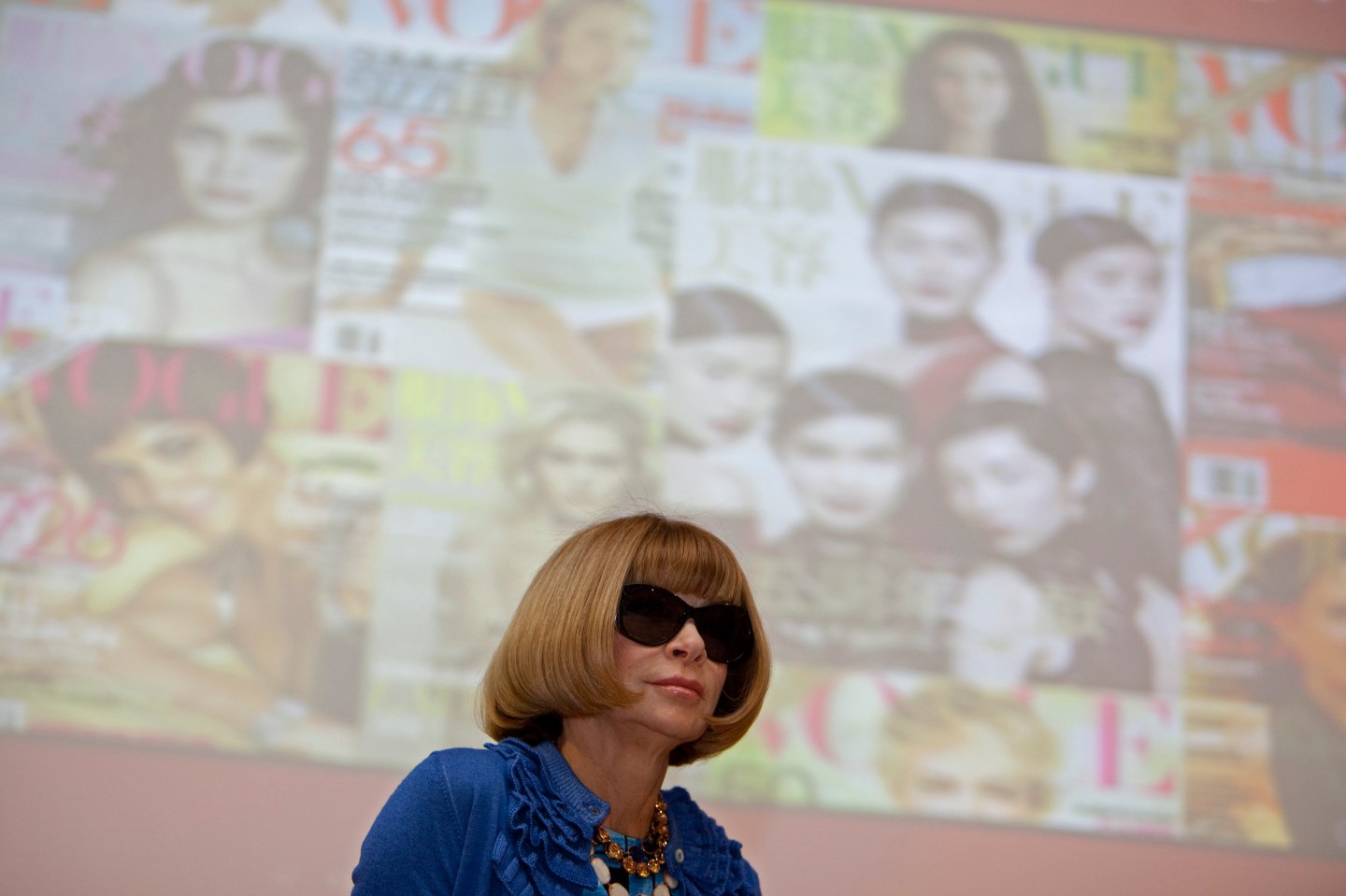 Amid the ups and (more often) downs of publishing in recent years, Anna Wintour as editor-in-chief of Vogue has been a constant.

A heavyweight in the fashion world for decades, Wintour has led Vogue U.S. since 1988 and headed the entire Condé Nast media group as artistic director since 2013.

But now rumors are swirling that Wintour may be on her way out. Page Six published a story Monday evening claiming that a number of sources say Wintour will leave her post following her daughter’s wedding this summer.

For all those confirming the speculation, a number of others have denied a pending departure, with one Condé Nast spokesperson telling Page Six that the company “emphatically den[ies] these rumors.” A Vogue representative told The Cut that “there’s zero truth to the story.”

Whether or not Wintour is in fact on her way out, the rumor doesn’t seem as far-fetched as it once might have. A number of long-time Condé Nast editors have been ousted or replaced in recent months. After 25 years, Graydon Carter stepped down as editor of Vanity Fair last fall, replaced by Radhika Jones, who had served as editorial director of the books department at The New York Times. Cindi Leive was replaced by CNN alum Samantha Barry to head Glamour at the start of the year.

Notable departures have occurred beyond the world of Condé Nast as well. Editor of Elle since 2000, Roberta Myers announced her departure last September. That same month, after 32 years at Time and four years as its editor-in-chief, Nancy Gibbs stepped down from her role.