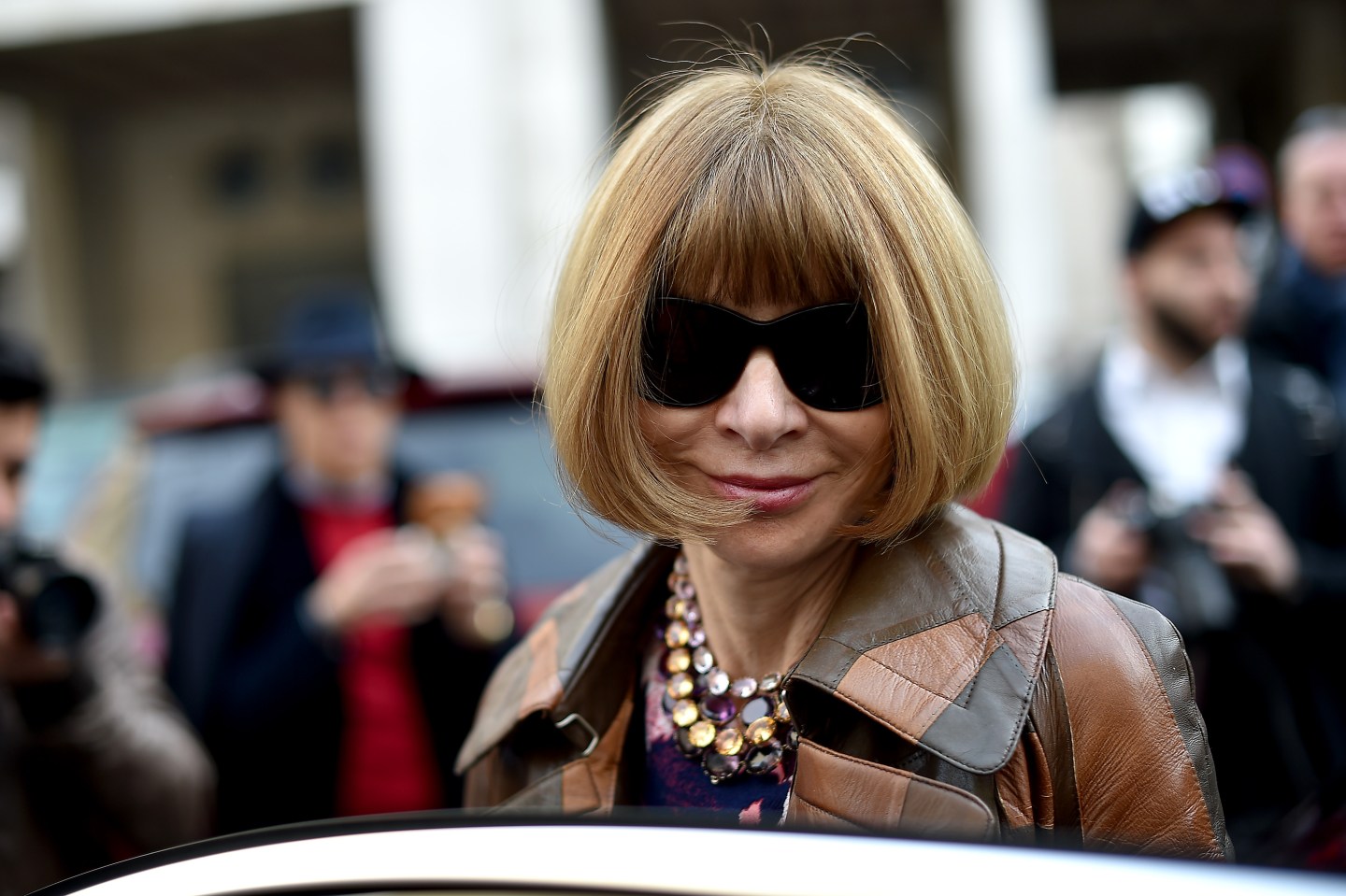 “Everyone should be sacked at least once in their career because perfection doesn’t exist,” Wintour, 65, told author Alastair Campbell for his new book, Winners: And How They Succeed. “It’s important to have setbacks, because that is the reality of life.”

Wintour has reportedly been fired before. She got booted from a position at Harper’s Bazaar in 1975 after being there for just nine months, according to Us Magazine.

The famed editor doled out some additional advice: “People work better when they have responsibility,” she said. Wintour also suggested it’s important to exude confidence on the job. “Even if you aren’t sure of yourself, pretend that you are, because it makes it clearer to everyone else.”