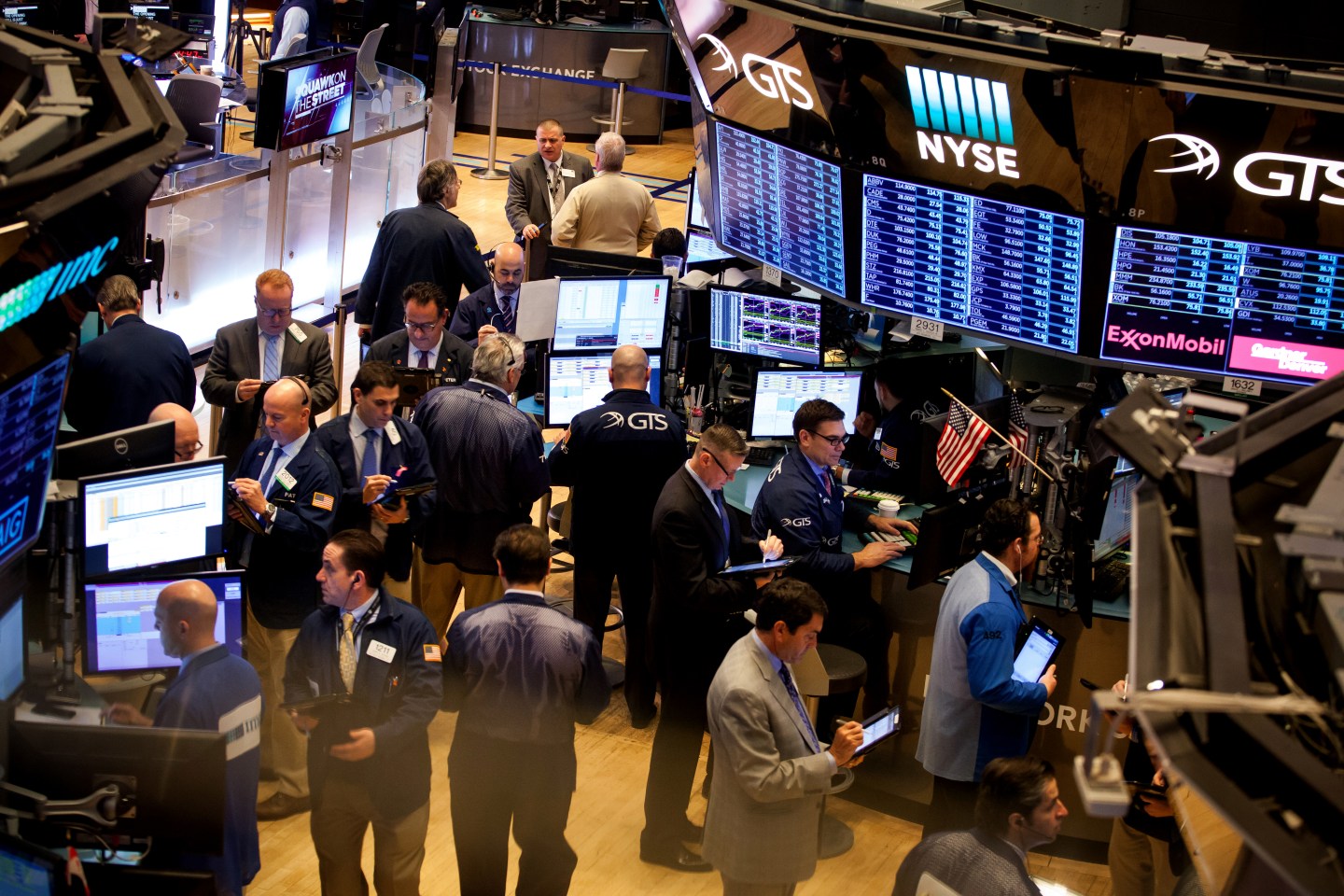 Traders work on the floor of the New York Stock Exchange (NYSE) in New York, U.S., on Friday, Feb. 16, 2018. U.S. equities headed for the best week in six years as the rebound in global equities pushed into a sixth day. The dollar strengthened after a five-day selloff and Treasuries climbed. Photographer: Michael Nagle/Bloomberg via Getty Images
Michael Nagle—Bloomberg via Getty Images

It was another sea of red on the map of tech stocks Tuesday, as investors fled the sector they loved for so long. I’m not one for counseling panic. But the shellacking technology shares are taking is a good opportunity to separate the good from the bed—and the ugly too.

When sectors take it on the chin, investors don’t discriminate. That’s why shares of Apple, Amazon, and Netflix declined. Other than the usual criticism of Apple (AAPL) not being what it used to be, Amazon (AMZN) having one great business (AWS) and one giant but thin-margined business (retailing), and Netflix (NFLX) being vastly overvalued, nothing has changed.

Companies like Twitter (TWTR) will see-saw at times like these, through no fault of their own. (Twitter fell victim to a negative analyst report, but it doesn’t take much.) Tesla (TSLA) is always susceptible to catching a nasty cold, what with its poor track record for keeping promises, it voracious cash needs, and its sky-high valuation. Add in another tragic crash and a debt downgrade, and poof—down goes its stock. Related, what Nvidia (NVDA) gained on the rise of self-driving cars it is losing on the sector’s challenges.

Then there is Facebook. How bad might things get for the Silicon Valley media company that right about now wishes it weren’t a media company? Its entire business is based on selling its users’ information to advertisers, a clever trick while it lasted. It’s hard to see Facebook (FB) losing all popularity with all users, though, so there’s a business in there somewhere, even a good one. But somewhere between there and now might be a long way down.

Kind of reminds me of what people have been saying about the newspaper business for years.

Many readers liked my report Tuesday on Cisco’s (CSCO) big donation to combat homelessness in its home county. One departed Cisco veteran, however, called my column a “clunker” and wrote: “Cisco spends a fortune to reduce its taxes and keeps money parked overseas, waiting for a tax holiday. If the company actually paid its taxes, the local, state and federal benefit would be enormous. Much more significant than a one-time $50-million noblesse oblige gesture. For which I’m sure Cisco happily took a deduction.”

In a response, a Cisco spokesman said the company didn’t have enough time to get exact numbers on tax payments but that it doesn’t do social programs for tax-deduction reasons, adding: “We do these programs because we deeply care about our communities.”