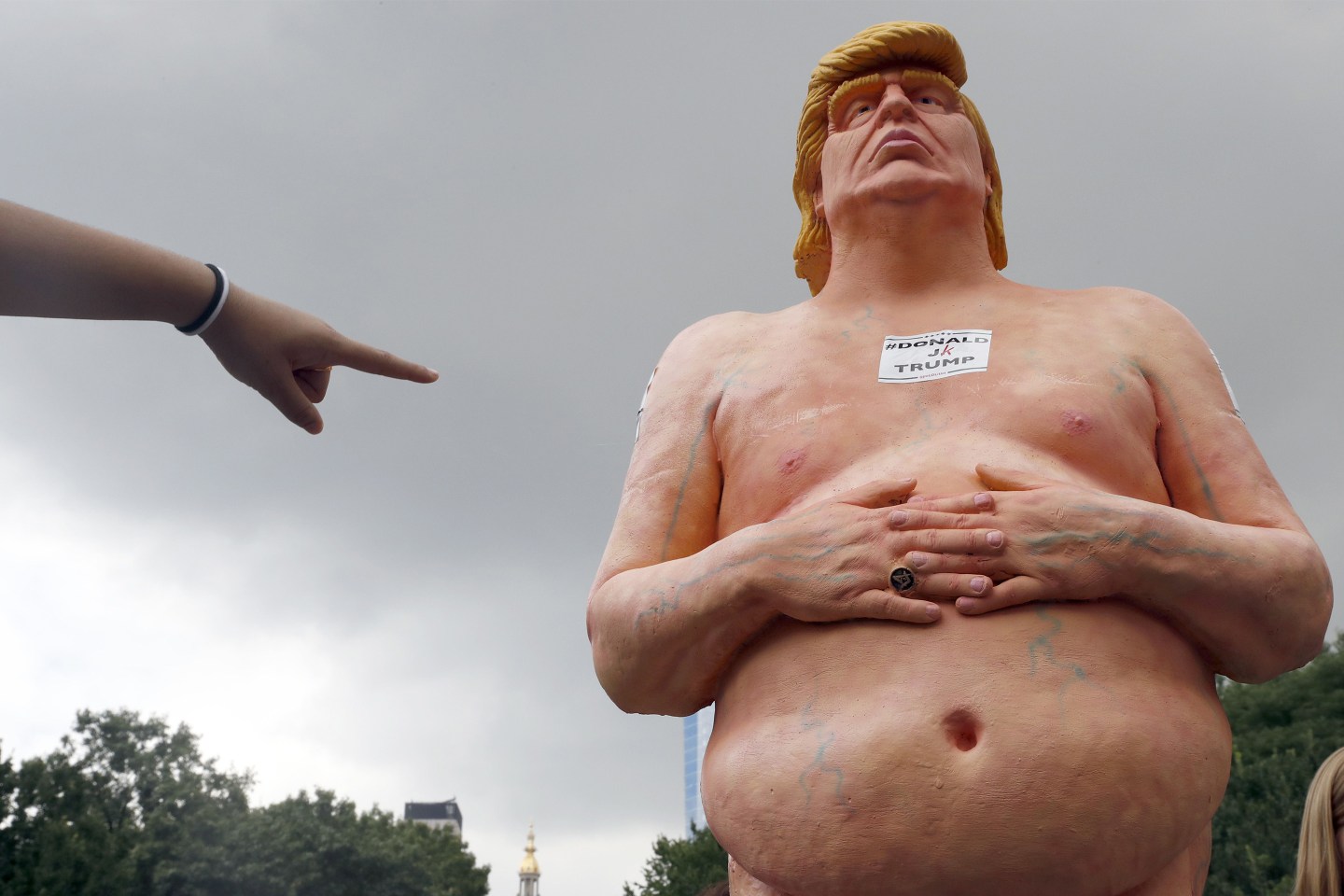 Dear John Oliver… We think we’ve found the next statue for your collection.

So why John Oliver? Well, the host of HBO’s Last Week Tonight has shown a proclivity for buying presidential sculptures (as have Stephen Colbert and Jon Stewart).

Language warning for the video below

The statue is one of the many that began popping up across the country in 2016 when Trump was a candidate for president. Created by an artist who goes by the name Ginger, they were commissioned by the anarchist collective Indecline.

While they were popular among selfie-takers, the auction house says the statue it’s selling was the only one that has not been vandalized or demolished.

In New York, park employees removed the statue from the city’s bustling Union Square park after it went up, telling Gothamist “NYC Parks stands firmly against any unpermitted erection in city parks, no matter how small.” The statue shows Trump completely naked, with his man parts appearing laughably small. So this quote is certainly a play on words.

The statue later rode through the city in an uncovered pickup truck.