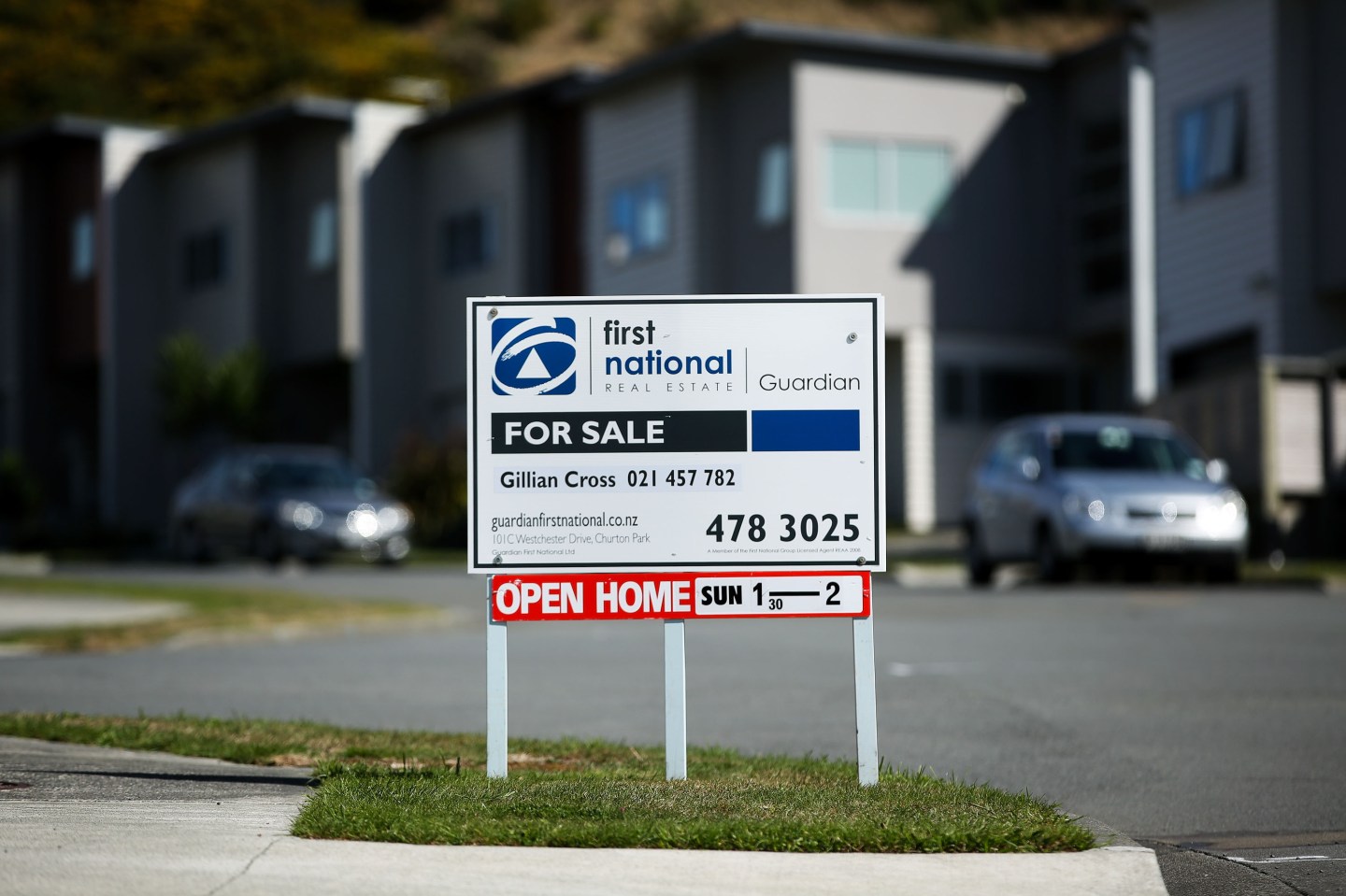 WELLINGTON, NEW ZEALAND - APRIL 09: A general view of a 'for sale' sign in the suburb of Churton Park on April 9, 2016 in Wellington, New Zealand. Increased demand for property in Wellington has seen house prices increase by 7.5 per cent in the past year. The average value of a house in the Wellington region is now $491,236, up 3.1 per cent over the past three months. (Photo by Hagen Hopkins/Getty Images)
Hagen Hopkins—Getty Images

“The vision we have for what we would like to contribute to New Zealand is now being threatened,” wrote California billionaire Ric Kayne in a submission to the government committee drafting a change to the law. The new rules will “impact on us personally, and others like us who, having discovered this country, want to devote considerable resources to preserving, protecting and enhancing it,” added Kayne, who is the developer of New Zealand’s exclusive Tara Iti Golf Club.

New Zealand’s youthful Prime Minister Jacinda Ardern came to power promising to tackle the country’s housing crisis. In 2017, the country’s biggest city, Auckland, was ranked the fourth most expensive city in the world. First time buyers are priced out of the market, and home ownership has hit record lows.

In an electorally popular move, the Labour-led government declared a ban on foreigners buying residential property, even though numbers suggest that foreign buyers account for only a small percentage of the market. Nevertheless the move gained a lot of attention following headlines about wealthy speculators snapping up getaway boltholes.

“It’s really important for us that we sort our housing market out, that we give New Zealanders a fair go at buying their first home,” finance minister Grant Robertson said in a television interview Sunday, according to Bloomberg. New Zealand welcomes foreign investment, but “what we want is good-quality investment that supports the productivity of the New Zealand economy,” he said.

Bloomberg added that wealthy businessman Eion Edgar told the committee that the law “will be detrimental to New Zealand’s international reputation and greatly restrict overseas parties contributing to the benefit of New Zealand.”

“Part of what attracts people like us to New Zealand is the warmth and openness this country displays to visitors and newcomers,” Kayne wrote. “I would hope that amendments are able to be made which provide some discretion and flexibility for persons like me.”