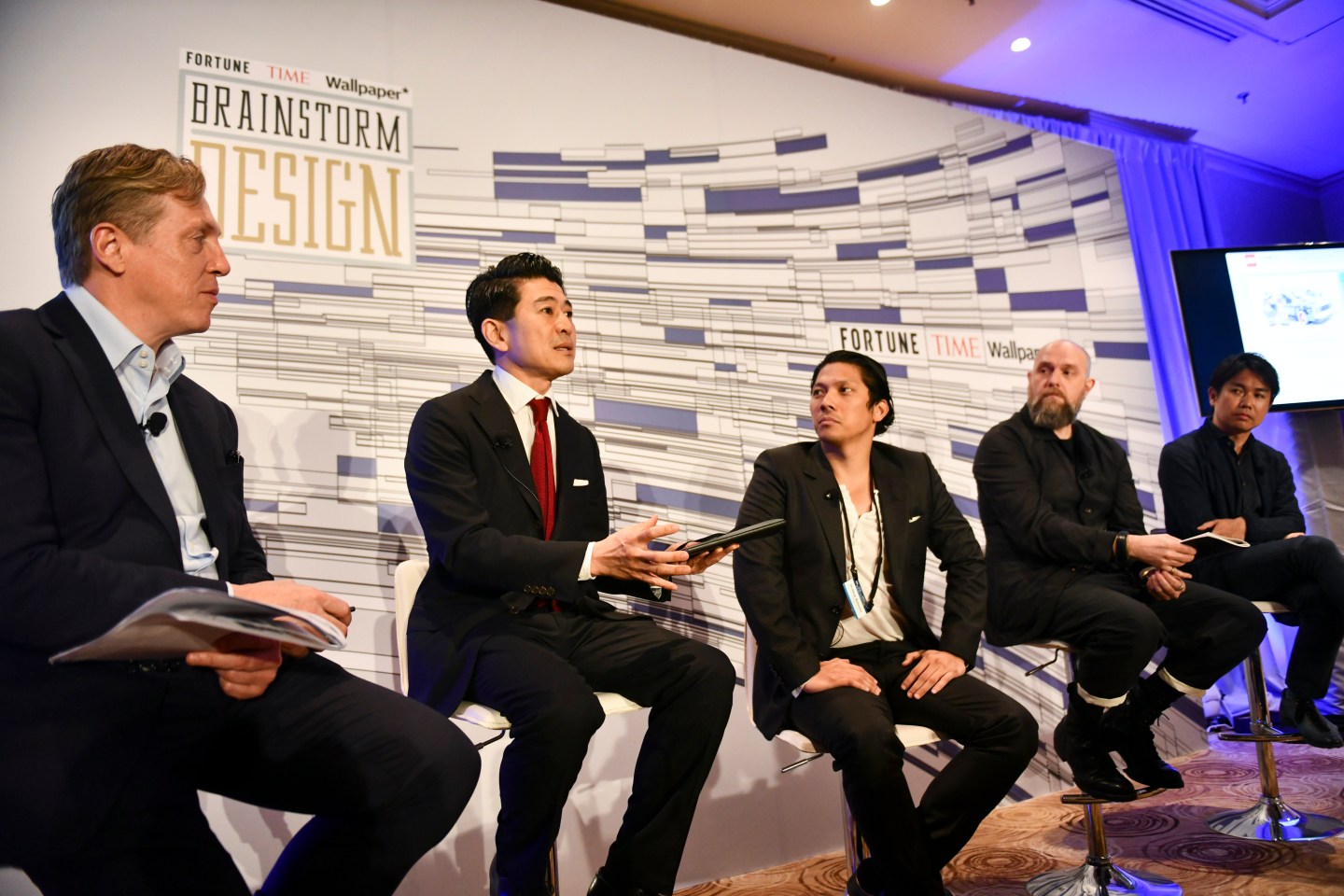 Big data and rapid technological development pose a myriad of challenges to giant firms to start-ups alike—and design can help surmount them through its ability to disrupt. That was the conclusion of the Disruption x Design panel concluded on Wednesday at Brainstorm Design, the Fortune, Time and Wallpaper* conference held in Singapore.

“For me, start-ups equal disruption,” says Charles Hayes, a partner and executive managing director of innovation consultancy firm IDEO in Asia, who has been based in Shanghai for the last nine years. “This is a world where you have young leaders who don’t necessarily have a deep expertise in a field, but are asking really big and bold questions,” says Hayes.

Hayes has worked to incorporate design-thinking in China both from top-down and the bottom-up, by advising Chinese executives and developing design education programs in the finance, design, and art schools of Beijing’s Tsinghua University.

In China, Hayes observes that design and start-ups have had a “decentralizing” cultural effect, with some areas “really benefiting, this ability to have platforms and a level of seamlessness—whether its payments or something else,” Hayes adds. “It greases the wheels for other start-ups.”

Yuichiro Hori feels similarly about the positive disruptive effects of design. Hori leads Stellar Works, a furniture design atelier based in Shanghai that has collaborated with the likes of Neri&Hu and David Rockwell. With specialized, hand-crafted works, Hori wants to defy the norm of Chinese mass-production.

“People have an image of Chinese production,” says Hori. “Why? So many workers have a skill.” With a factory in both China and France, Hori has been able to hybridize what he believes are their strengths—Europe’s software with China’s hardware.

Design has allowed Robbie Antonio has also been able to marry formerly unrelated concepts: designer prefabricated homes. Besides managing his family’s property company, he’s the CEO of Revolution Precrafted, the first unicorn in the Phillipines—as start-ups that achieve a $1 billion valuation are called. In that role, he recruits high-end designers to create prefabricated homes for middle-market consumers.

“A lot of people are used to big budgets, mansions,” says Antonio. “Now they do it for a different audience. I think that’s what interests a lot of people.”

Innovation of a different strand helped Kohei Nishiyama of Elephant Design Holdings succeed with the CUUSOO System. Meaning ‘imaginary’ or ‘wish’ in Japanese, CUUSOO is a platform that crowdsources ideas and needs from over 300,000 users and ultimately produces a good design to match it. CUUSOO has developed products like a window radiator, which stops cold air coming in from windows adjustable for any sized window, or products geared toward those that are left-handed.

“Today we are collecting algorithms from data scientists,” explains Nishiyama. “This is to get a master model that does something valuable for the company … it gives more predictive power to the corporation.”