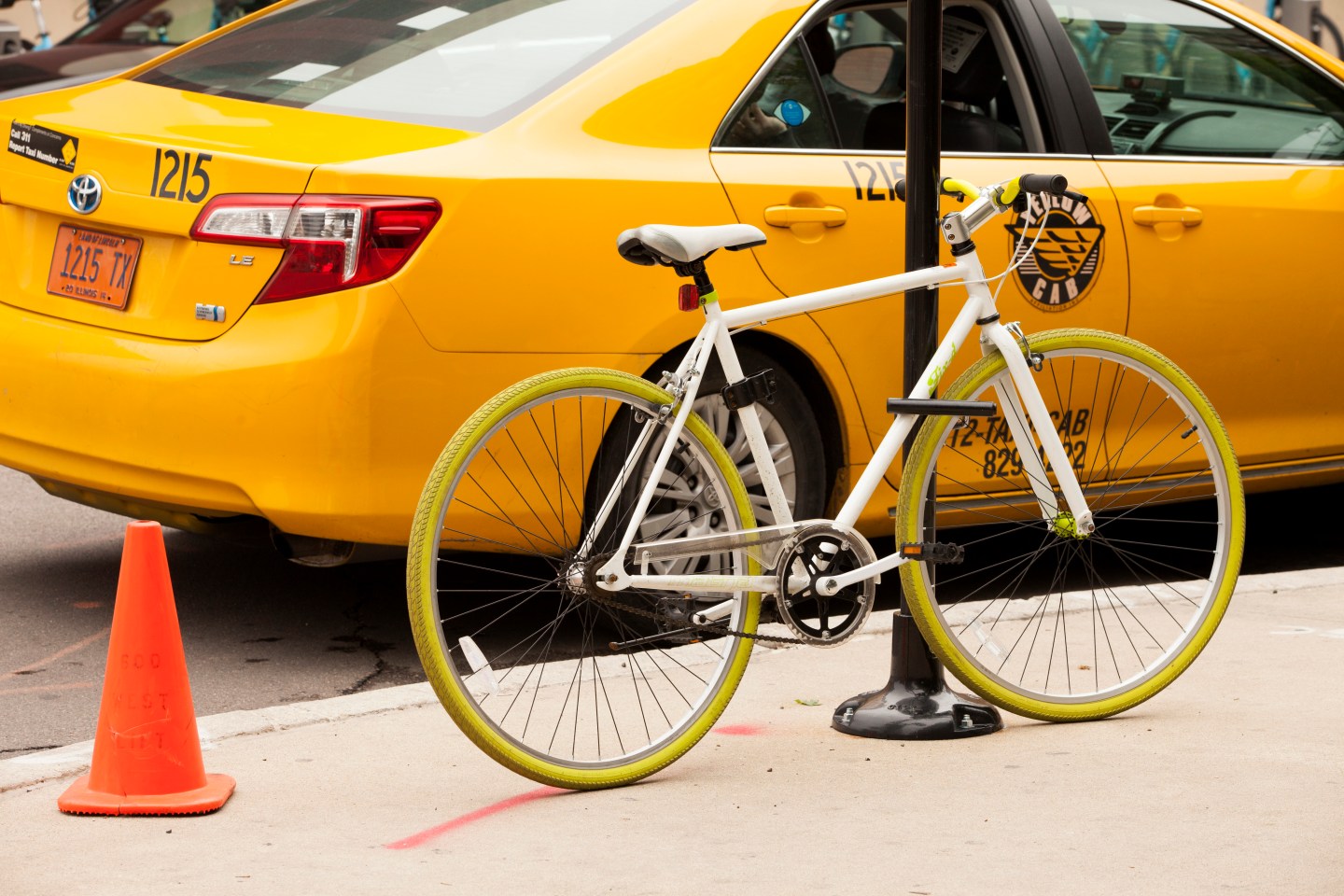 In the past year alone, a handful of dockless bicycle startups have moved into dozens of U.S. markets. These systems can transform urban transportation, but can be extremely problematic if not implemented properly. That’s how it’s gone in China, where largely unregulated companies have flooded the market with dockless bikes that are parked improperly and create a logistical mess.

Given the risk involved, how dockless bikes are implemented will be key. And one company has emerged as a responsible player in this space that you wouldn’t expect: Uber.

Last month, Uber began allowing users to reserve and rent from JUMP Bikes directly within Uber’s app. The ride-hailing company’s move into multimodal transportation isn’t surprising on its face. But what is interesting is that instead of partnering with an upstart dockless company following the reckless Chinese model, Uber tapped JUMP Bikes, an eight-year-old American company that requires its bikes to be locked to fixed objects.

It is telling that Uber, the company that massively disrupted the automotive space, passed over the most disruptive model entering the bike share market. Though Uber has had its own reputational issues in the past few years—including regulatory pushback from cities and states after moving rapidly into hundreds of U.S. markets—it’s identified a core truth about American cities: They want transportation that’s dependable, unobtrusive, and safe.

To create such a responsible dockless bike system, Uber needs to avoid the failings of companies already operating in the U.S. that follow the Chinese model. Simply put, these companies don’t have a full handle on what people are doing with their bikes.

In Dallas, for example, dockless bikes have been found scattered across sidewalks, on park lawns, or in bodies of water. One bike was found on a Washington D.C. Metro track, while another was chucked through a laundromat window in Imperial Beach, Calif.

Clearly the infrastructure and attitude in U.S. cities isn’t where it needs to be for this volume-based bike share model to succeed. Imagine bringing cars into a city that had no gas stations, mechanics, or parking garages. It wouldn’t take long for the whole system to crash. What may at first look like healthy industry disruption ends up being just disruptive to people’s lives.

As an advocate for bikes in general, and bike sharing in particular, I’ve been stunned by the sudden absorption of dockless systems into America’s car-crazed culture, which largely holds bikes in disdain. Having watched media reports on LimeBike and Ofo, companies that follow the Chinese model, in Dallas, I’m encouraged by the number of users, and the valuable data that’s being generated to show enormous latent demand in lower-income neighborhoods.

But I’m equally concerned about a bike-lash in the media and general public—which sees bikes being stolen, vandalized, or abandoned—and the minimal action bike share providers have taken to address these issues. To date in the U.S., JUMP Bikes and only one other bike share player employ truly responsible bike share models. The other, Pace, just hit American streets in December and is gradually building market share without slighting the cities it operates in.

Granted, Pace and JUMP are moving slower than players like LimeBike and Ofo, and Silicon Valley conventional wisdom tells us that fast-moving companies are to be lauded and welcomed. However, we also must remember the importance of carefully laid foundations that facilitate disruption in the first place.

Uber knows what it takes to create a transportation model that’s sustainable for U.S. cities. Its entrée into bike sharing should set an example for the rest of the industry. If bike share companies improve accessibility and convenience without increasing waste, disorder, and chaos, they’ll make our cities better places to live.

Richard Fries is the executive director of The Massachusetts Bicycle Coalition (MassBike), a non-profit organization that promotes a bicycle-friendly environment and encourages bicycling for fun, fitness, and transportation.