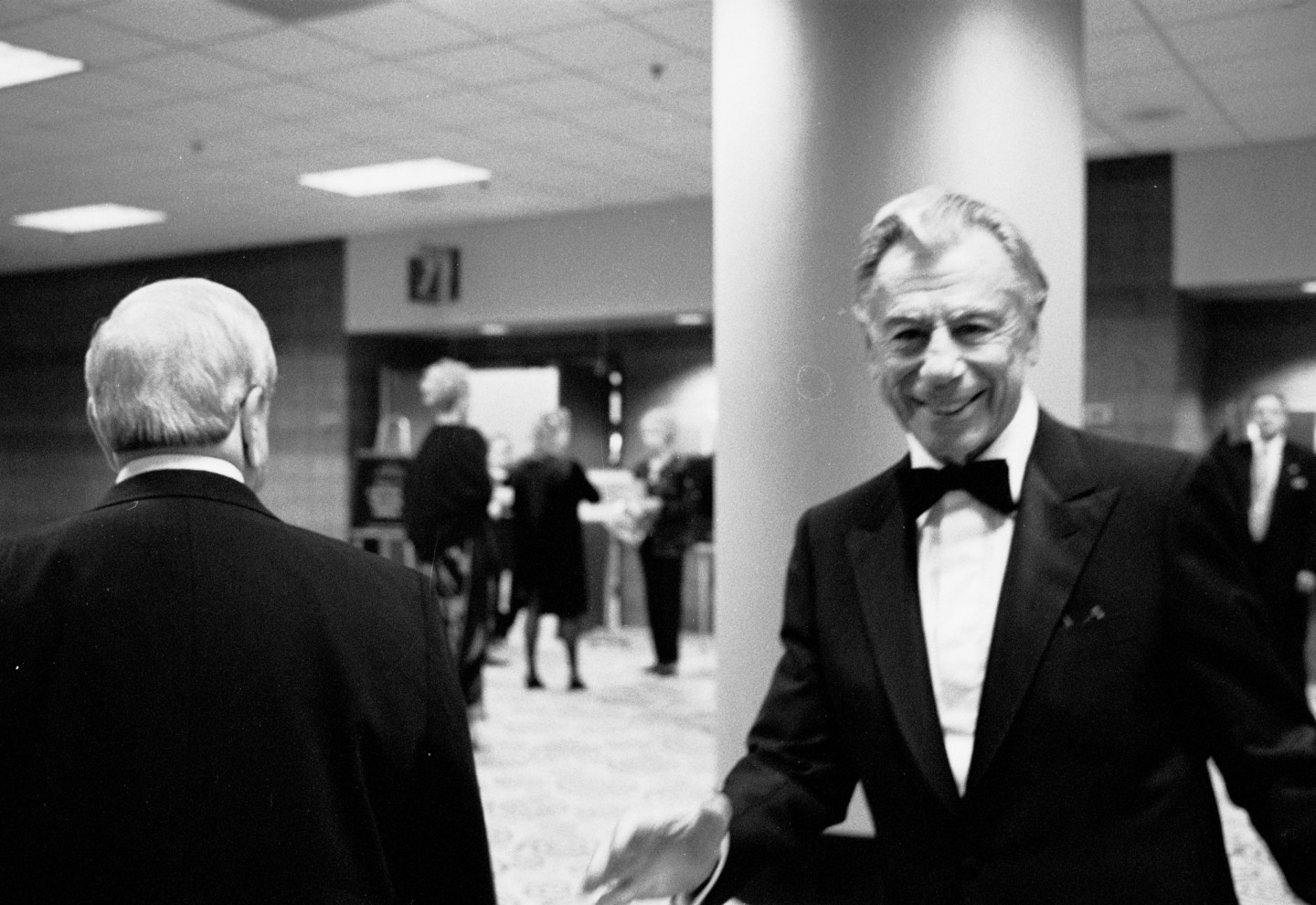 Kirk Kerkorian, "the god of all deal makers," according to the New York Times, and "the king" according to Donald Trump.
Chris Week—FilmMagic via Getty Images

One of Donald Trump’s idols in the business world may come as a surprise. He was little known, and liked it that way. He was a daring pilot during World War II. And on the playing fields of deal-making, he was the future president’s polar opposite—the very embodiment of self-discipline, humility and grace under pressure.

Kirk Kerkorian, self-made billionaire and fellow hotel developer, started out as a penniless eighth-grade dropout from California before becoming a Hollywood movie mogul, a Las Vegas casino magnate, and one of America’s richest men. His largely unheralded charitable giving also made him one of the country’s most generous tycoons.

In many ways, he was the un-Donald, yet Trump regarded Kerkorian as business royalty. When a New York Times columnist was calling Kerkorian—then in his late 80s—“the god of all deal makers,” Trump was likewise calling him “the King” and publicly declared: “I love that guy.”

The stories of the two fellow billionaires have obvious parallels, but perhaps more interesting than that, is how vastly they diverged in their approaches to achieving remarkably similar versions of the modern American dream.

By the time Kerkorian died at age 98 in 2015, he owned most of the major hotels and casinos on The Strip. But his name was on none of them. And though he transformed the American gambling mecca, Kerkorian’s name never appeared on a street sign, a park site or so much as a private parking spot.

The Las Vegas skyline does, however, have the giant gold letters T-R-U-M-P atop the 64-story Trump International Hotel.

The reticent Kerkorian avoided media engagement. He declined most interviews and lived by his own rule against divulging anything about his personal or business interests. The first Kirk commandment was: don’t talk too much. His second was: never talk about yourself.

Trump was notorious for self-promotion well before entering politics. Even before becoming the nation’s Tweeter-in-Chief, he sometimes posed as his own public relations guy to pass along all kinds of personal and business information to the press. In 1989 he even talked his way onto a Forbes list of billionaires, only to be summarily dumped for inflating his net worth—found to be “in hailing distance of zero” upon review by magazine editors.

Though fiercely competitive, Kerkorian carried no grudges. Even after intense negotiations, Kerkorian’s business competitors often ended up as social friends. His closest associates said he never had a bad thing to say about anyone. Trump’s response to his Forbes list demotion was also typically Trumpian—accusing deceased magazine publisher Malcolm Forbes of “finally getting back at me from the grave.”

Kerkorian studiously avoided both the trappings of celebrity and any involvement in political activism. But he also admired, perhaps even envied, Trump for his easy command of audiences. The naturally shy son of illiterate Armenian immigrants was almost paralytic about public speaking. “I wish I could talk like Trump,” he told friends.

And, had Kerkorian lived to see it, he almost certainly would have been impressed with the audacity of Trump’s 2016 presidential bid. For Kerkorian, a heroic wartime aviator and seemingly fearless gambler—who once risked a million dollars on a single roll of the dice, who wagered his fortune more than once on major Las Vegas developments, and who favored big bets, win or lose—seeking the White House would definitely have qualified as a praise-worthy whale of a big bet.

But although Kerkorian may have lauded Trump’s campaign, his tweeting—probably not so much.

William C. Rempel is the author of THE GAMBLER: How Penniless Dropout Kirk Kerkorian Became the Greatest Deal Maker in Capitalist History.