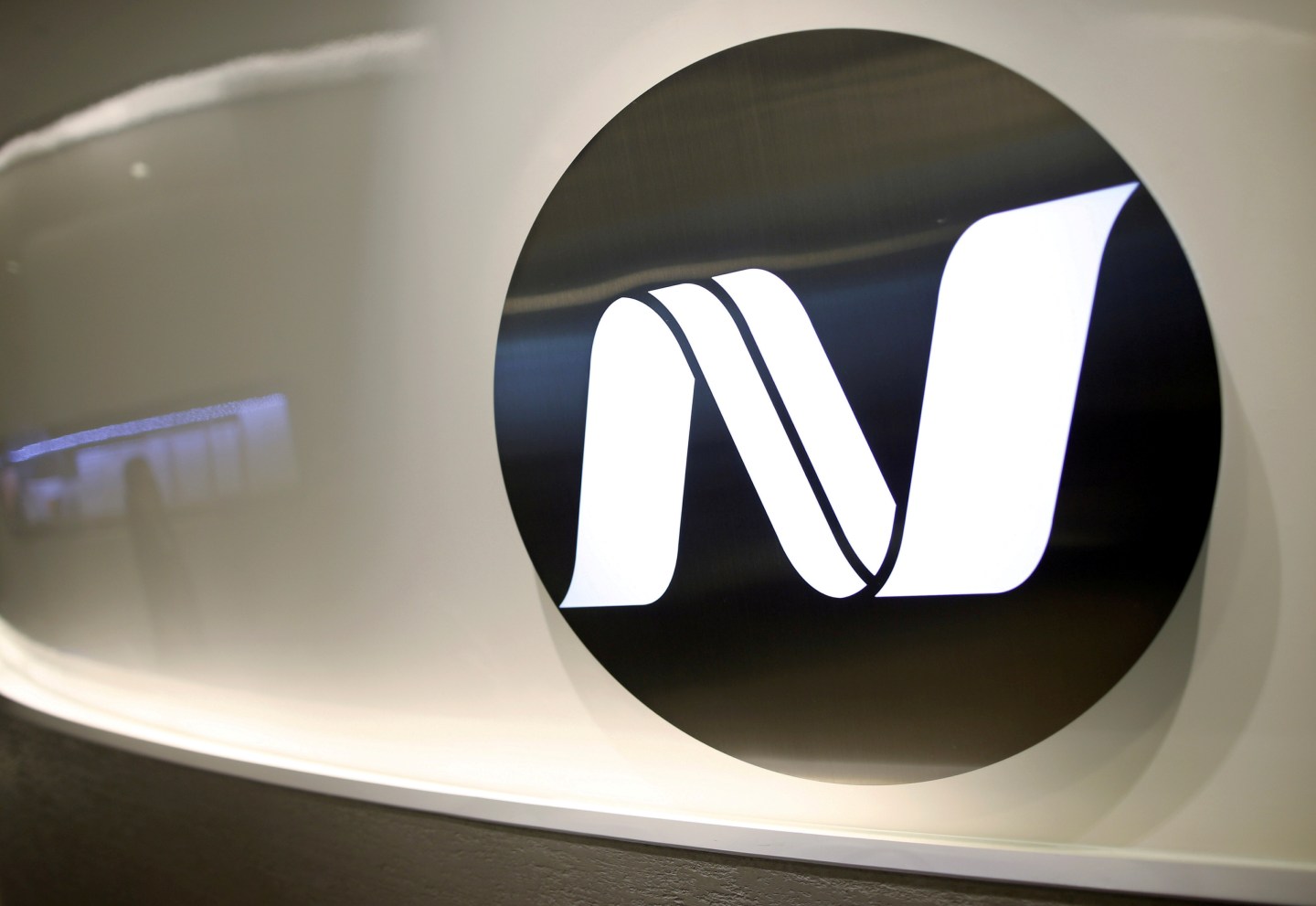 An employee is reflected on the wall as she walks past a signage of Noble Resources, a Noble Group subsidiary, at their premises in Singapore on March 6, 2015.
Edgar Su—Reuters

Noble Group, (NOBLE-GROUP) the commodity trader battling to survive, warned that it’ll report another vast loss including from the operations meant to sustain a revamped business, and while it signaled progress in debt-restructuring talks, hurdles to a deal remain.

The Hong Kong-based company will report a net loss of $1.73 billion to $1.93 billion for the final quarter of last year, potentially bringing losses for 2017 to almost $5 billion, it said in a statement early on Monday. That meant it had a negative net-asset position of $650 million to $850 million at Dec. 31.

Noble Group announced the deal to restructure $3.5 billion in debt last month, fending off bankruptcy after a three-year crisis marked by losses, writedowns and controversial accounting. Since the debt-for-equity plan was unveiled, the proposal has drawn fire from a top shareholder, as well as some bondholders. With the company now entering a critical phase of negotiations with creditors to nail down the proposal, it said talks continue to be productive.

The expected fourth-quarter loss “results in a negative net-asset position,” it said. “However, the board believes that the proposed restructuring, once implemented, should restore shareholders’ equity and create a sustainable capital structure which will allow the group to rebuild its business in Asia.”

As part of the proposed deal, Noble Group has reached an in-principle agreement with an ad hoc creditors’ group and ING Groep NV (ING) , as a fronting bank, for a three-year $700 million finance facility, it said in the statement. That’s to be made available when the restructuring is effective.

After the statement, the 2022 notes gained 0.4 cent to 49.2 cents on the dollar at 11 a.m. in Singapore, according to Bloomberg-compiled prices. The bonds had lost almost 2 cents in the past two weeks amid opposition to the debt plan by some investors. The shares traded as much as 7.1 percent higher.

For the full year, the net loss is seen between $4.78 billion and $4.98 billion. Of the expected loss for the fourth quarter, $50 million to $100 million was made on continuing operations in hard commodities, freight and LNG, and a further $225 million to $275 million was in businesses it’s sold, the company said. There was a further exceptional loss of $1.45 billion to $1.55 billion, including non-cash mark-to-market losses on derivatives positions.

Under the rescue plan, which has been backed by about a third of the creditors in the ad hoc group, about half the debt will be switched into new equity. All existing shareholders will get a 10 percent stake in the revamped company. Separately, perpetual bondholders are being offered a few cents on the dollar.

Noble Group said the ad hoc group controls 36 percent of its senior debt—obligations that include bonds due in 2018, 2020 and 2022 as well as credit facilities. In addition, that group’s advisors are in talks with holders of a further 15 percent of the debt, who’ve indicated “broad support” for a deal.

For now, given talks with creditors and finance provided by its banks, “the board is, on balance and on the basis of legal advice, satisfied that the group can continue as a going concern, until such time as the restructuring is completed,” the company said. Full-year results are due on Feb. 28.