Commentary: America’s Response to Gun Violence: a Cycle of Mourning and Failure 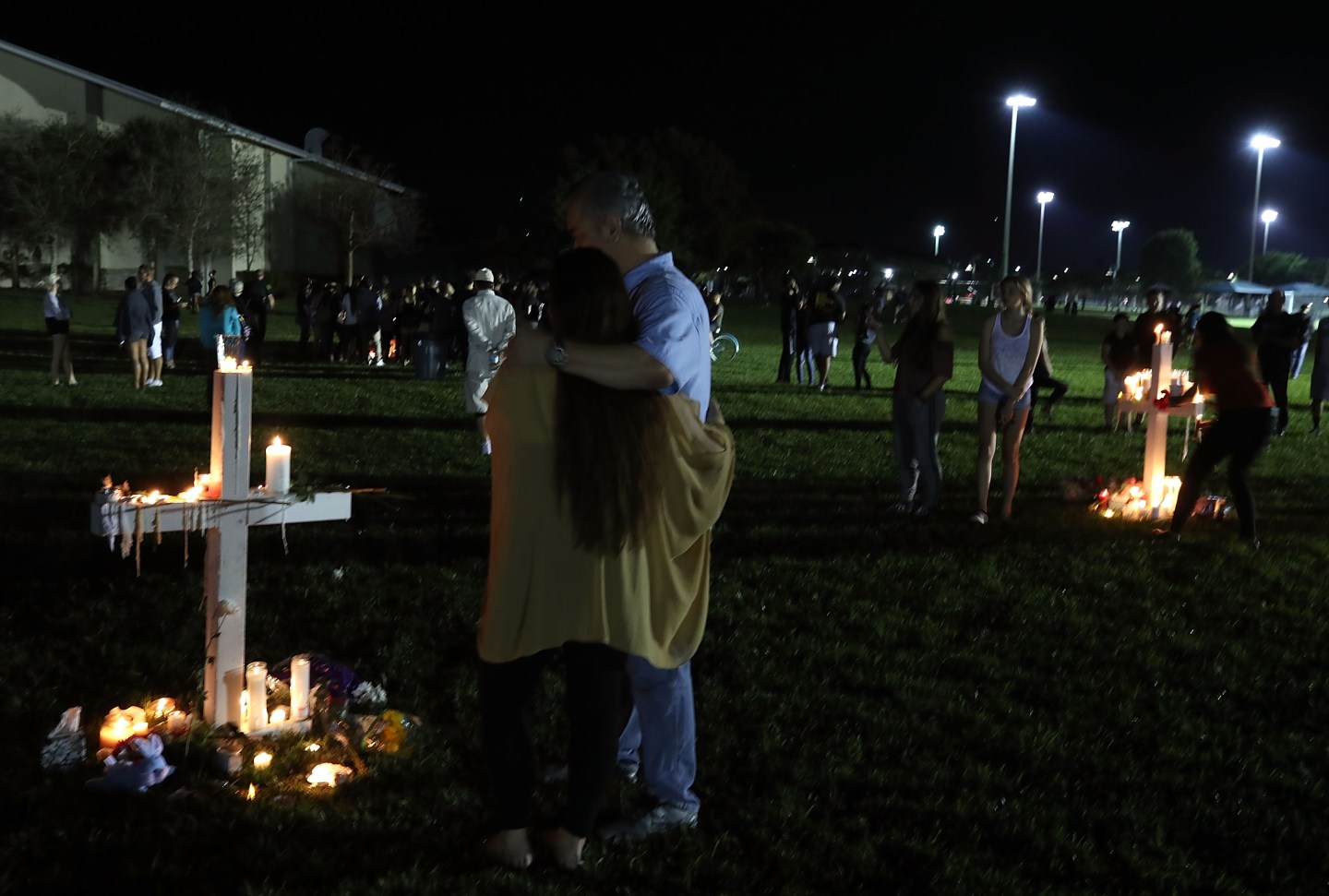 On Wednesday, a gunman killed 17 people and wounded at least a dozen others at a Parkland, Florida high school. This act was shocking, evil, and, in America, routine. There have been 30 mass shootings in the U.S. so far this year, And just last October, a gunman in Las Vegas killed 58 people and wounded hundreds more, making it the deadliest mass shooting in the country’s modern history.

This cycle of mass shooting after mass shooting, again and again, inevitably pushes us to ask the question: Why? Why does this keep happening? While many answers are proposed, we may perhaps find some insight by considering what we know about human behavior after mass traumatic events.

In 2014, our team studied more than 330 mass traumas worldwide over the past 50 years to better understand the psychology of how populations react to events like gun massacres. We found that human reaction to these events takes the form of roughly five stages.

The first stage is group preservation. This is when those affected seek shelter and information to protect themselves while they are still under threat. In Parkland, we witnessed this in real time in the heartbreaking messages students who were trapped in the school posted to social media. In these messages and videos, we saw the students seek shelter in place, and ask about the safety of others, as they waited for rescue.

The second stage is population preservation. This begins when word of an in-progress traumatic event spreads to the broader community, and the community responds. Parents seek the whereabouts of their children, first responders rush toward the danger to mitigate further harm, and public figures in politics and media make their initial comments on the unfolding events.

Once the immediate physical danger has passed—the shooter subdued, the crime scene secured—the third stage, internalization, begins. Internalization is the long work of collectively processing our emotional response to the event. This stage touches not just the community directly affected by the trauma, but the observers around the country and the world who mourn with each new massacre. We grieve for the loss of life, for the pain endured by the injured and the families of the victims, and for our own shattered sense of normalcy. This process often involves creating memorials for the dead, and working through the narrative of what happened, to trace the magnitude of our loss, and understand how it came to be.

This leads to stage four, the externalizing stage, where we assign blame for the tragedy, and identify the outside causes that have enabled a pattern of mass shootings in the U.S. As we process the aftermath of a mass shooting, we begin to see the institutional failures that made it possible. When it comes to gun violence, this means our country’s lack of commonsense gun safety laws, and the entrenched opposition of the National Rifle Association and Republican lawmakers to even incremental reform.

This awareness should lead to stage five, renormalization, where we correct the underlying issues that lay the groundwork for shootings. This is, after all, what we do after nearly every other mass trauma, aiming to make a healthier world. After the Great Chicago Fire in 1871, for example, the U.S. embraced fire prevention, which has significantly reduced the number of fire deaths over the last century. However, fire never had a powerful organization like the NRA to lobby Congress on its behalf. Guns do.

So, unlike tragedies of the past, the gun violence epidemic has not led to reforms that create a healthier, safer world—we are not at stage five. Instead, we face a world where we accept the regular slaughter of innocents as the price we pay for the right to own assault rifles and bring them wherever we want, no matter how troubled we may be. We remain frozen at stage four, able to see clearly the cause of this sordid status quo—the proliferation of guns in our society. As long as we are unable to muster an effective, humane response at the legislative level, we will never get to stage five. And the killing will continue.

Sandro Galea is a professor and Dean of the Boston University School of Public Health. His book, Healthier: Fifty thoughts on the foundations of population health, was published in June. Follow him on Twitter: @sandrogalea.