How the Vessel, Manhattan’s Newest Monument, Was Constructed 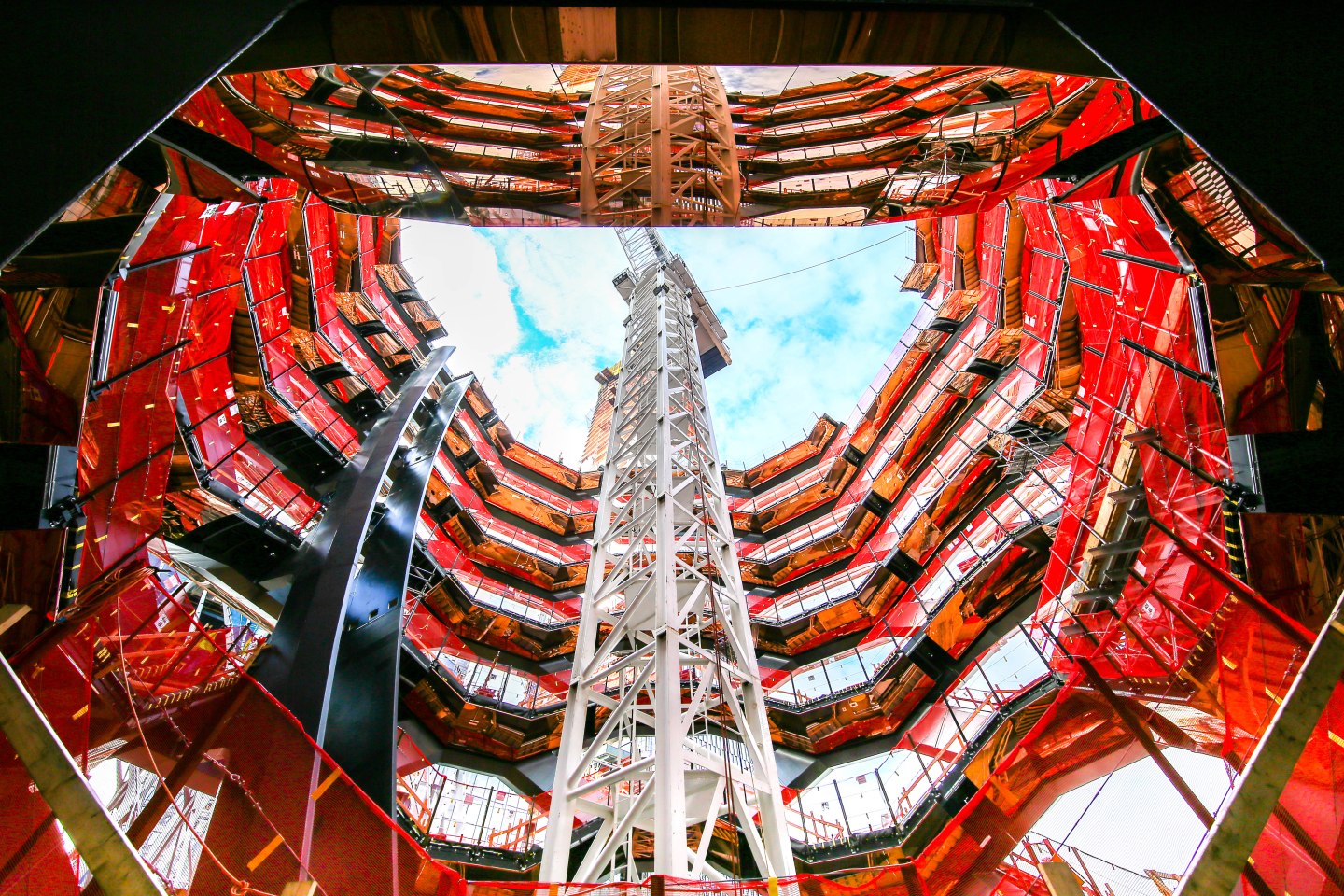 Inside the Vessel, there are 80 landings and a one-mile vertical climbing experience.
Courtesy of Related Cos.

More high rises are being added to New York City’s skyline thanks to a project that’s considered the largest real estate development in U.S. history.

Hudson Yards Public Square and Garden, developed by Related Companies, is described to be a city within a city. It will feature over 100 shops and restaurants, office spaces, luxury apartments, a public school, hotel, more than five acres of public plazas, and gardens and groves that connect to the High Line and new Hudson Park & Boulevard. When completed, the chain of open spaces running from Gansevoort Street in the Meatpacking District to Times Square will be the largest public space developed in Manhattan since Central Park, according to a statement released by Related Companies. Stephen Ross, founder and chairman of Related Companies, told Fortune that he wanted to brand the Hudson Yards as “the heart of the city.”

The Vessel, Hudson Yards’ centerpiece, was completed in December 2017, making it the first milestone in the project’s development. The monument, designed by Heatherwick Studio, stands at 150 feet tall and is composed of 154 interconnecting flights of stairs, with 2,500 steps and 80 landings.

Hudson Yards is expected to open in early 2019.

Check out the gallery above to see the construction of the Vessel.