The Number of Billion-Dollar Weather Disasters in the U.S. Is Surging 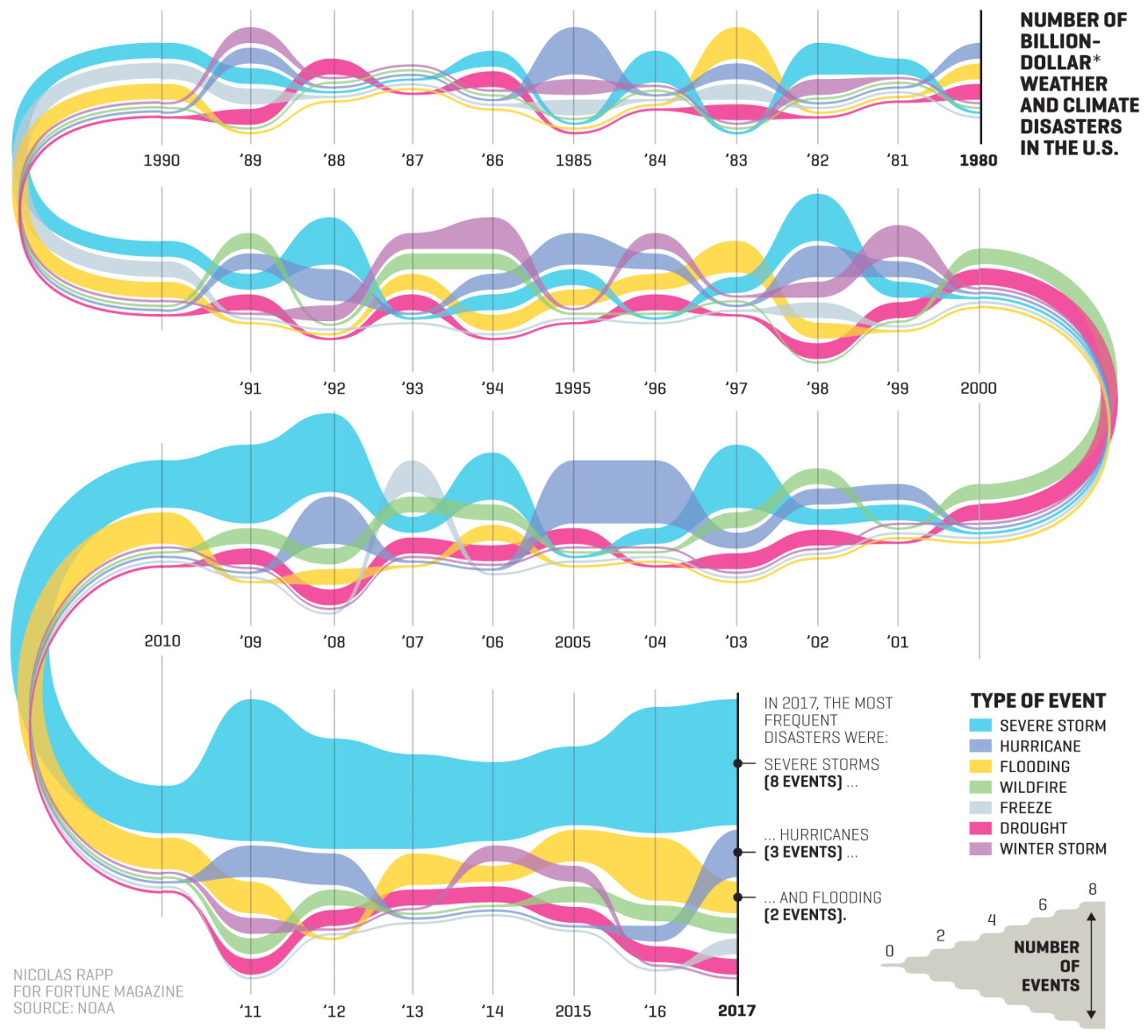 Extreme weather is becoming more common, and the economic impact is soaring. Last year there were 16 weather events in the U.S. that caused at least $1 billion each in damage, according to the National Oceanic and Atmospheric Administration. The cumulative cost was $306 billion—easily surpassing the previous one-year record of $215 billion set in 2005. In September a report from the nonprofit Universal Ecological Fund, “The Economic Case for Climate Action in the United States,” estimated that total climate-related economic losses and health costs in the U.S. averaged $240 billion a year over the past decade. The authors project the annual cost will rise to $360 billion over the next 10 years.

A version of this article appears in the Feb. 1, 2018 issue of Fortune with the headline “Storm Warnings.”