Floyd Mayweather Plans for Life Outside of the Boxing Ring 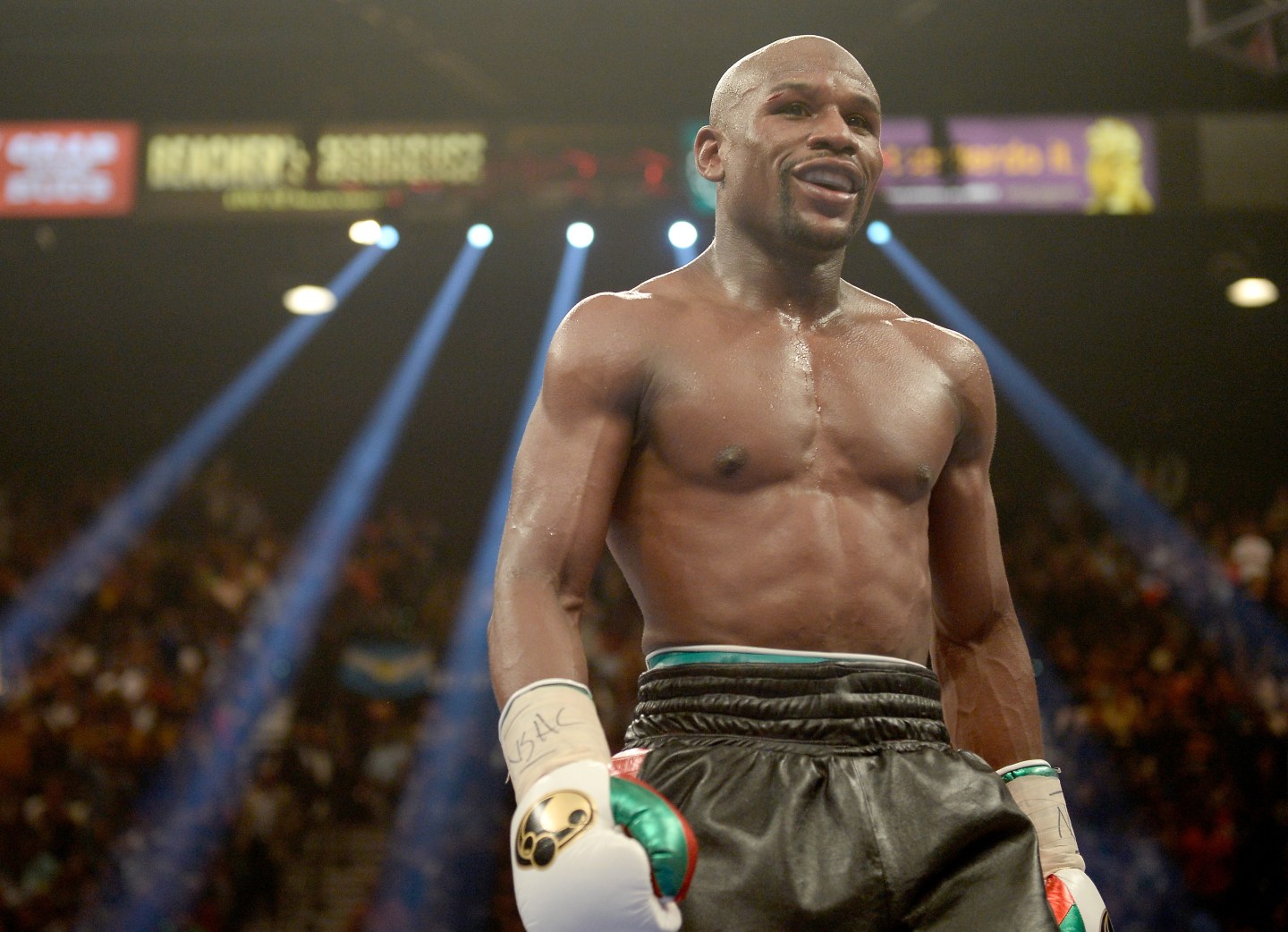 An undefeated 12-time world boxing champion in five different weight classes with a 50-0 record, Mayweather is also a cash-generating machine. His 2017 crossover fight with UFC icon Conor McGregor earned him a payday well in excess of his $100 million guarantee (and that doesn’t count the $25 million he picked up for sponsorships on his trunks, robe, hat, and other attire). In 2015, by one estimate, he earned about $66,000 per second in the ring.

Mayweather’s success in the boxing world brought him a level of celebrity status that few can achieve. Still, Mayweather’s star dimmed considerably in 2012 when he served 90 days in jail on a misdemeanor related to domestic abuse. Allegations of abuse had shadowed the athlete for years. Some critics argued that Mayweather should be barred from the sport—but with no publicly available photos of the victim, no central organization in charge of the boxing world, and Mayweather’s immense box office and pay-per-view draw, nothing came of it before the boxer retired after the McGregor fight in August 2017.

With boxing seemingly behind him, Mayweather is looking to put his money to work. At this year’s CES, the annual technology trade show in Las Vegas, Mayweather announced plans to open Mayweather Boxing + Fitness, a series of gymnasiums that utilize the champ’s routines for boxing-based fitness classes. The classes will include a virtual reality workout experience that is said to burn up to 300 calories in 20 minutes.

Initially, the VR workout will only be available to the gym’s members, but by holiday season 2018, Mayweather plans to offer it to home users. That experience is expected to include a multiplayer element and as many as 50 other virtual opponents.

Beyond gyms, Mayweather has invested heavily in commercial real estate, opened a strip club in Las Vegas called Girl Collection, toyed with tech investing, founded his own promotions company, and launched The Money Team, which sells hats and apparel online (with hats selling for as much as $200).

Fortune spoke with Mayweather in Las Vegas. In an interview at the unveiling of Mayweather Boxing + Fitness, Mayweather discussed his post-retirement plans, the people who inspired his business dealings, and why he’s not afraid to be hated by people. An edited transcript of that conversation follows.

Fortune: Now that boxing is apparently in the rear view mirror for you, what are you looking to do post-retirement?

Mayweather: I’ve got different ventures like [Mayweather Boxing + Fitness] keeping me active, keeping me busy. Also, I’m just doing positive work in our country as well as around the world. Giving back—not just financially, but also giving back my time.

Talk to me about your real estate investments. Where have you been investing money? What do you look for?

I’m mainly into skyscrapers—commercial real estate. And it’s paid off. Mainly domestically [like] New York. I always talked about this. A dentist makes money when he’s working on teeth. A boxer makes money when he’s boxing. But New York real estate, you make money when you sleep. So it’s all about making money when you sleep. Once you make so much money, you can’t buy more stuff anyway. It’s good to be able to put that money up and teach your children so they can teach their children. It’s about creating wealth for generations.

Have you thought about investing more in startups? Or acting as an angel investor?

I’ve been approached on numerous occasions, but everything takes time. I’m extremely happy with everything I’ve done so far. I invest in what I know. It’d be very rough to go into a whole new department and possibly invest in something that costs you a fortune.

So, given that, I understand your decision to invest in gyms, but VR is something that’s new. If you’re risk averse to new things, how did you decide to go into VR?

I had to roll the dice on something. Just like my career, I roll the dice and took my chances every time I went out there. I’m not saying I don’t take chances, but I take chances with things I truly believe in. I bet on myself throughout my career. I believe in myself and I was my own boss.

Who are some of the business people you’ve worked with or followed that inspired you? Who do you try to emulate?

Who are some of the people that you respect?

There’s a lot of guys out there. Not just in the U.S. I mean, you’ve got guys that are trillionaires that they don’t even talk about.

What are some of the most important lessons you’ve learned, both from yourself through your career and from these people you respect?

I was the athlete that wanted to be his own boss. I could have easily gotten a huge deal with any big name brand, but I chose to go out there and start my own brand—the TMT [The Money Team] brand. And, of course, we’ve got Mayweather Promotions. This new brand that we’ve started, fitness, that’s going to be amazing. We look forward to opening at least 500 gyms around the world. There’s no rush. Do I think that’s going to happen? Absolutely! I’ve got the right people on my team. And I’m a part of this.

I sit back and think about my career and I say to myself, you know what… they said Floyd was the bad guy. And I say listen, it’s just like in school. When it was the subject you didn’t understand, you don’t like that subject. If it’s a subject that you understand, that’s the subject you like. No one understands me. So, of course, you’re going to have people not liking me. But, if I made over $1 billion not being liked… if I made over $1 billion being the bad guy, I want to continue being the bad guy.