Venezuela Promises Pregnant Women a Handout That’s Worth Almost Nothing 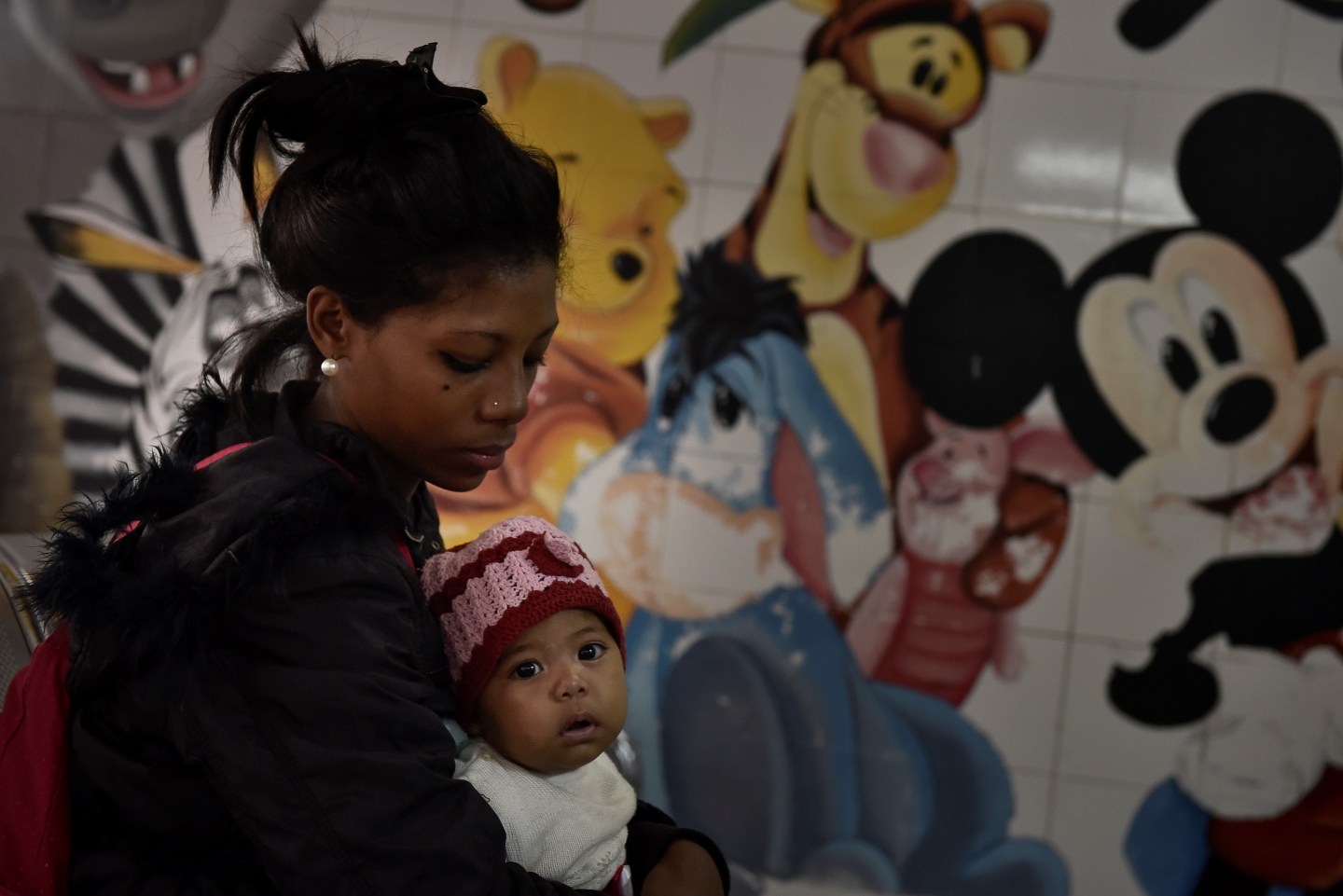 VENEZUELA, CARACAS - FEBRUARY 04: A mother and her child waiting in the emergency room of a hospital at Petare slum a highly suspected Zika virus propagation area at east of Caracas, Venezuela on February 4, 2016. Venezuela has recorded 4,700 suspected cases of people infected by the Zika virus according to spokespersons. Zika has been blamed for a recent spike in microcephaly -- a birth defect characterized by unusually small heads and underdeveloped brains in newborns. (Photo by Carlos Becerra/Anadolu Agency/Getty Images)
Carlos Becerra—Anadolu Agency/Getty Images

Venezuela’s President Nicholas Maduro announced during an annual address that pregnant women will soon be awarded a small cash subsidy. The monthly payment of 700,000 bolivars is, at the current exchange rate, worth about $3.83, according to CNN.

The subsidy would have been worth $17 as recently as last November; hyperinflation amid a collapsing economy is likely to make the subsidy worth even less in the weeks to come.

After the women give birth, their stipend will increase to 1 million bolivars, or $5.48, Maduro said. He did not provide a reason for starting the new payment scheme, which he reportedly expects will apply to 151,000 expecting mothers.

The once-prosperous nation continues further into a recession started by the drop in global oil prices in 2014. A domestic survey of Venezuela’s living conditions found that over 73% of the population lost an average of 19 pounds due to food shortages in 2015 and 2016.

Pregnant women must have of one of Venezuela’s new national ID cards to redeem the stipend, CNN reports. But the cards are seen as a token of support for Maduro, and many citizens refuse to carry them. It is unclear if pregnant women without the card will be eligible for the subsidy.