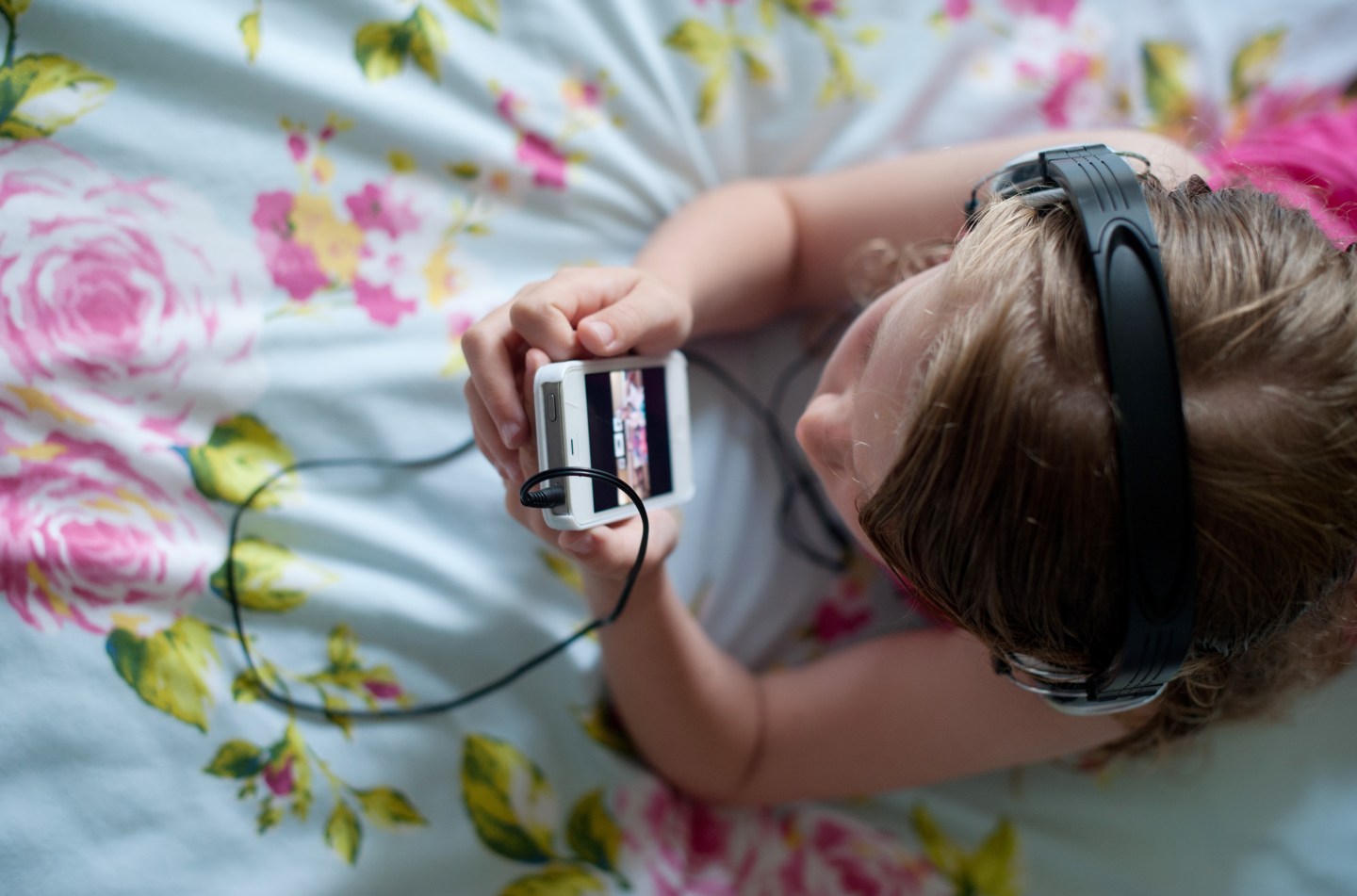 Little girl wearing headphones and watching a video on her smartphone whilst laying on the bed.
Christina Kilgour—Getty Images

Two big shareholders of Apple (AAPL) are concerned that the entrancing qualities of the iPhone have fostered a public health crisis that could hurt children—and the company as well.

In a letter to the smartphone maker dated Jan. 6, activist investor Jana Partners LLC and the California State Teachers’ Retirement System urged Apple to create ways for parents to restrict children’s access to their mobile phones. They also want the company to study the effects of heavy usage on mental health.

“There is a growing body of evidence that, for at least some of the most frequent young users, this may be having unintentional negative consequences,” according to the letter from the investors, who combined own about $2 billion in Apple shares. The “growing societal unease” is “at some point is likely to impact even Apple.”

“Addressing this issue now will enhance long-term value for all shareholders,” the letter said.

An Apple spokesman declined to comment on the letter, which was reported earlier by the Wall Street Journal.

It’s problem most companies would kill to have: Young people liking a product too much. But as smartphones become ubiquitous, government leaders and Silicon Valley alike have wrestled for ways to limit their inherent intrusiveness.

France, for instance, has moved to ban the use of smartphones in its primary and middle schools. Meanwhile, Android co-founder Andy Rubin is seeking to apply artificial intelligence to phones so that they perform relatively routine tasks without needing to be physically handled.

Apple already offers some parental controls, such as the Ask to Buy feature, which requires parental approval to buy goods and services. Restrictions can also be placed on access to some apps, content and data usage.

The activist pressure is the latest in a series of challenges for the tech giant. Last week, Cupertino, California-based Apple said that all of its Mac computers and iOS devices, which include both the iPhones and iPads, faced security vulnerabilities due to flawed chips made by Intel (INTC). At the tail end of 2017, the company apologized to customers for software changes that resulted in older versions of its iPhones running slower than newly introduced editions.