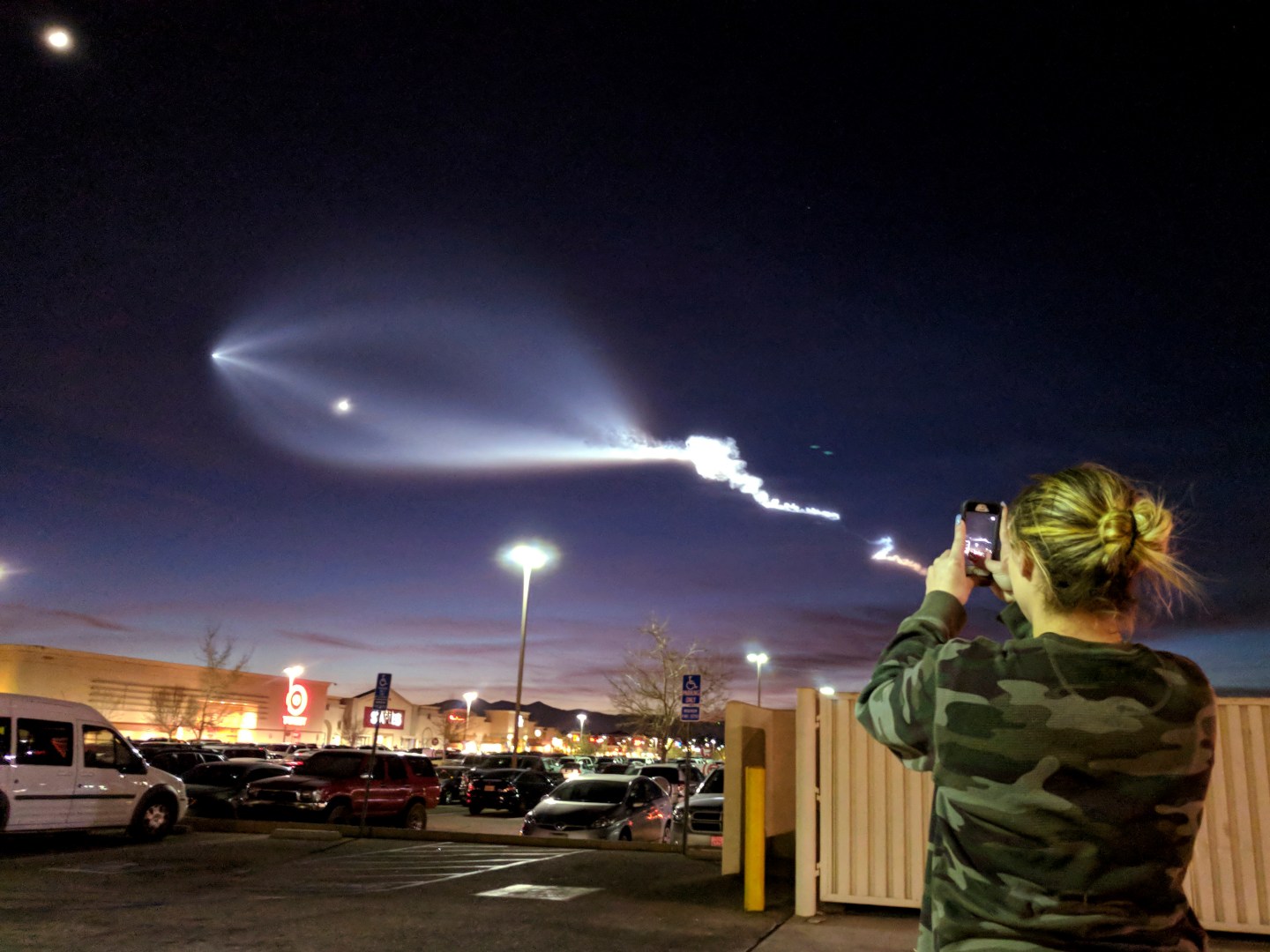 SpaceX’s launch Friday evening of a rocket carrying a batch of satellites into low-earth orbit caps a record year for the closely held company led by Elon Musk.

The mission from California’s central coast was Space Exploration Technologies Corp.’s 18th this year. That’s more than any competitor and far exceeds the eight it launched in 2016 before a September explosion grounded the company for the rest of the year while an investigation took place.

“SpaceX has had a phenomenal year, and they’ve motivated and inspired a lot of people as to what is possible,” said Eric Stallmer, president of the Commercial Spaceflight Federation, an industry group for the private space sector.

The coming year is expected to be even bigger. With three launch pads now at their disposal after repairing the one damaged in the September 2016 blast, Musk and Chief Operating Officer Gwynne Shotwell have said they expect to fly roughly 30 missions in 2018. That tally will include several missions for commercial satellite operators, military customers and the National Aeronautics and Space Administration using the Falcon 9 rocket — which powered all of this year’s launches — but also a planned expansion to include a larger rocket and crewed missions.

Next year “will be the biggest year in the space industry since 1969,” Stallmer said, referring to NASA’s Apollo 11 mission to the moon.

The maiden flight of Falcon Heavy, SpaceX’s bigger and more powerful rocket that will let it compete for heavier U.S. military payloads, is slated for January. SpaceX is also expected next year to demonstrate the Crew Dragon spacecraft it plans to use to ferry astronauts to the International Space Station, first with an unmanned mission as soon as April and then with a crewed test flight in August. SpaceX and Boeing Co. both have contracts with NASA to deliver American astronauts to the orbiting lab as part of the “Commercial Crew” program.

“If you liked tonight’s launch, you will really like Falcon Heavy next month,” Musk wrote on Twitter early Saturday. “3 rocket cores & 3X thrust.”

SpaceX’s 2017 total fell just shy of the 20 to 24 missions it had been targeting for this year. Still, its rate exceeded that of any rivals competing for the same missions. Arianespace, based in France, has completed 11 launches in 2017. United Launch Alliance, a joint venture between Boeing and Lockheed Martin Corp., launched eight government missions on its Atlas and Delta rockets.

“SpaceX is now dominant in terms of launch volume,” said Marco Caceres, a senior space analyst with Teal Group Corp., an aerospace and defense market researcher. “They’ve established that they can launch more than any other program in the world, and they’ve established reusability. If they do 30 launches next year, it will be spectacular, but the big story for 2018 is Falcon Heavy and Commercial Crew.”

SpaceX has made strides this year working reusability into its launch process. By landing, refurbishing and redeploying rockets and capsules in future missions, Musk’s company has been able to more closely emulate commercial airline flights and begin to lower space-access costs.

“They are No. 1 in terms of cost, and that’s why they are getting so much business,” Caceres said.

Friday’s mission from Vandenberg Air Force Base in California — which carried 10 satellites into orbit for customer Iridium Communications Inc. — reused the rocket booster captured after an earlier Iridium launch in June. SpaceX didn’t attempt to land the rocket after Friday’s launch for reuse.

Musk, 46, founded Hawthorne, California-based SpaceX in 2002. It recently added another $100 million to its latest fundraising round, which values the company at more than $21 billion, according to Equidate. Billionaire Musk is also chief executive officer of electric-car maker Tesla Inc.