A Hotel Charged This Couple $350 and Threatened Legal Action After They Left a Negative Review, Lawsuit Says 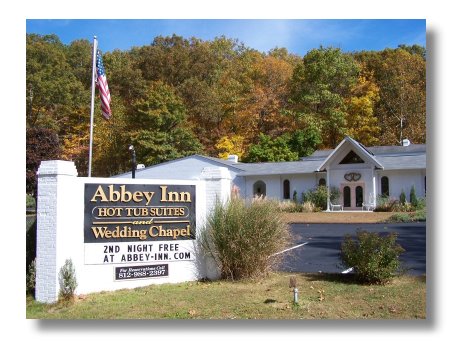 A customer who stayed at an Indiana hotel has said she was charged $350 and threatened with legal action after leaving a negative review about her experience.

Call 6–the investigative arm of ABC affiliate The Indy Channel in Indiana–reports that when Katrina Arthur and her husband stayed at the Abbey Inn & Suites in Brown County in March 2016, the hotel had a policy in place that allowed them to charge customers $350 for negative reviews, according to the lawsuit.

The Indiana Attorney General’s office filed a lawsuit on December 15 of this year against Abbey Management, which owned and operated the Abbey Inn when the guests visited, alleging the hotel violated Indiana’s Deceptive Consumer Sales Act by enforcing a customer review policy that is “unfair, abusive, and deceptive.”

The couple described their experience at the hotel as far below the standards they were expecting, with unclean bedding, poor water pressure, air-conditioning that didn’t work, and a pervasive sewage smell throughout the room. Call 6 reports that when they tried to contact the front desk, the number rerouted to “a lawyer’s or something weird like that,” according to Arthur. “I actually had to clean the room myself.”

After receiving an email from the hotel asking for an online review, the couple gave an account of their time at Abbey Inn.

“I was honest,” said Arthur. “I wanted people to know not to waste their money because I know people save their money for special occasions.”

After the review was published, Arthur said the hotel charged her $350 and she received a letter from the hotel’s attorney threatening legal action.

“That scared me to death,” said Arthur to Call 6. She then deleted the review.

After Arthur received similar complaints about the Abbey Inn, she filed a complaint with the Indiana Attorney General in an attempt to get her $350 back.

“I feel like they were punishing me for being truthful and I don’t think that’s fair,” said Arthur to Call 6. “I was very angry they had done that.”

Read: TripAdvisor Has Added a Badge to the Hotel Pages Where Sexual Assaults Have Been Reported

Online reviews have been a point of discussion this year, as larger online sites like TripAdvisor have come under fire for removing posts by hotel customers after deeming them “inappropriate.” Mike Blumenthal at GetFiveStars.com, a platform that helps companies gather customer feedback, told ABC 7 that reviews are safeguarded, as they’re a form of free speech.

“The ability for a consumer to say what they want about a business via an online review is largely protected at both the state and federal level,” he said.

The Abbey Inn was not immediately available for comment.